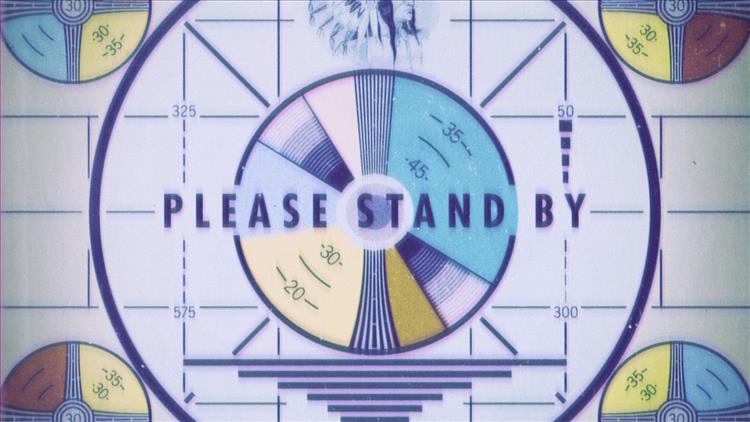 A British website was forced to pay $1.3 million over a Red Dead Redemption 2 leak. Fortnite is the most popular game in the world, and you don't get to the top without picking up a few scammers along the way. And the Steam Halloween Sale just wrapped up—did you get anything?

Zachary Atwood
I have trouble playing games like Red Dead Redemption 2 during the week, when my gaming time is limited to a couple hours a night. With that in mind, I'm reserving some big blocks of time this weekend to return to the Old West. I still can't pull myself away from Call of Duty: Black Ops 4 though, so I'll definitely be maintaining a steady stream of that on the side. I'll also be taking some time to continue through the new Strange Brigade: The Sunken Kingdom DLC, which should be a ton of fun, provided they stick to the formula of the base game.

I feel like I mention it every week and never get around to it, but Two Point Hospital is still just sitting on my desktop begging me to play it. Plus, the first real feelings of Fall are sweeping in and my Stardew Valley cravings are at an all time high. I may end up getting some buds together to give co-op a run.

Sean Colleli
I did manage to get Far Cry 5 and Shantae Half Genie Hero on sale last weekend, so I'll still be working on those. I'm also replaying Eternal Darkness: Sanity's Requiem for my wife and I'm amazed at how well it's held up. Sure the graphics are outdated but for 2001 they are damn impressive, and I forgot just how deep and intricate the magic system was. I'm pretty bummed out that nobody has ever done a Lovecraftian horror game better than Eternal Darkness, especially after being disappointed with Call of Cthulhu last week. Eternal Darkness's game design wouldn't even be that hard to imitate, or even improve upon, with modern engines like Unreal 4; it's pretty basic survival horror. Rather, it's how the lore, gameplay, setting, characters and especially the sanity effects all work in unison to create something truly memorable and terrifying. With a competent studio and some talented writers, a sequel or spiritual successor is very doable. So why is it so hard to do that again 17 years later?

Dave Gamble
My second pass through Far Cry 5, which I had hoped to do without use of the Arcade for building up funds and perk points, has been an interesting experience. The perk points are the issue—losing all of my perks has transformed me from Superman to someone that wouldn't last a minute in a boxing ring with Clark Kent. I'm always out of money and/or ammo, I can't fix cars, it's harder to earn money when I'm only getting wholesale prices for hunted critters, I can barely swim, three-legged squirrels with rotten teeth can kill me, and most of the guns that I would like to buy, I can't, even if I do find some money lying around unattended somewhere. It didn't take long to rationalize the use of the Arcade by leveraging the shaky "but it's accessible in the main game" clause. Even so, I'm still quite often reminded why I took my own path the first time around.

No telling how long this second FC5 stint will last; my access to a gaming PC has been highly curtailed by our new travel/camping schedule. Yesterday I decided that the little time that I have should be spent more productively, so I decided to go back to DCS and re-learn how to fly the Spitfire. This idea didn't just come out of the blue. Rather, it is preparation for the new "The Big Show" campaign which has just been released. My experience with campaigns has taught me that they can be very difficult, especially if you're having to divert attention and energy to flying the plane; before you get into that kind of environment, flying the plane has to be second nature.

Before we got home a couple of days ago, I was still concentrating on mobile gaming. I picked up a couple of golf-based games from the large selection of really bad attempts at modeling the game into an iPhone. Vista Golf has the type of swing mechanic that I like—drag your finger for power and aim—but the courses are not realistic looking. Hey, anytime you finish a par 7 with 3 shots, you aren't really anywhere near a state of realism. For a more realistic experience (read as "double-bogies are the best I can do routinely"), I grabbed Pro Feel Golf. The courses are pretty, but the swing mechanic is based on hitting a button at a very precise moment, which turns out to be something I'm almost entirely capable of. The net result is that plays exactly like real life for me which, while complimentary of the quality/realism of the swing design, is not a great deal of fun. Seriously, who wants to suck equally bad on a video game as they do IRL? On the plus side, the game hasn't even hinted at wanting any money from me, while Vista Golf did an amazing job of providing just enough advertising pain to extract 99¢ from me.

Randy Kalista
Glad, I suppose, to have been a part of the record-breaking $725 million in pre-orders for Red Dead Redemption 2. I would've bought the game one way or the other, waiting until launch day. But knowing it was going to be a 150 GB initial download on PS4? That's what sold me on the pre-order. I didn't care about PS4-exclusive horses or outfits. But I did want a day's worth of pre-download time, considering my embarrassingly slow internet speeds. I'm completely eating up the world, the relationships, and the slow-as-molasses pacing. I'm just running into more bugs than I would've expected. I understand: it's an enormous game with an enormous possibility space, which leaves a lot of room for error, even if it took eight years and over 3,000 people to build the durn thing. But stuff I set down in camp keeps disappearing, missions fail to trigger, and no matter how many deer, cougars, and turkeys I bring home from hunting, the food supply is always low [Update: Found out the food meter is only happy once you upgrade the cook's tent]. If Rockstar does some more mopping up, this will be the 10/10 game I know it can and should be.

John Yan
I'm going to have a few more chances to play Fallout 76 so we'll see how the beta goes. It's nice going into a world with a lot more color after what I was used to with Fallout 3 and New Vegas. I'm very early in the beta so it's not a good indicator of what I can expect, but I'm excited to see what Bethesda has to offer with this one. Fallout With Others has always been one of my dream games, and this is it.