The PS4 B.E.T.A. for Fallout 76 started (for me, at least) on October 30th. I spent 7 PM-11 PM, its exact timeframe, gaming the heck out of Bethesda's upcoming online-only version of Fallout.

Unfortunately, I did not record or stream my activities, as I am (1) too lazy and (2) don't know how to do that.

Amidst selecting which blemish I'd place on my character, I muttered "oh, I like that", and as a response, a random person in chat asked out loud: "Uh, is someone watching me?"

Thus began my longest team-up and conversation with the first person who I have talked to in an online video game since I was sixteen. 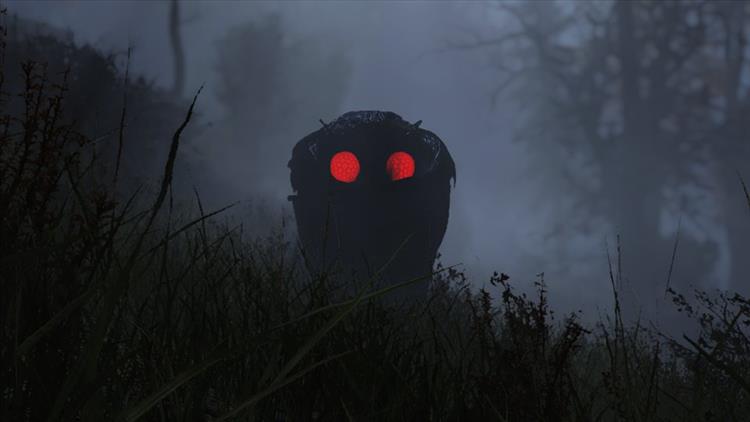 I didn't know what to expect of Fallout 76 when first booting up the beta. Our first main quest was to follow the Overseer of our titular Vault. We went outside, looted some corpses, and talked to a Mr. Handy without even pausing for a proper dialogue cutscene. Subsequently, we encountered mutated rats, squirrels, and opussums proportional to our level, which during our time with the beta did not reach past 7.

My experience with the performance of the game was pretty solid. There was some lag, but no crashing or game-breaking bugs on my end. My partner was not so lucky, though, as the game crashed on his end towards the end of our time with it.

After completing some of the Overseer quest, we decided to just go off on our own and explore. I set a marker near the bottom of the map, and we set off. Along the way, we took over an airport and made it our fort. Whereas the settlement system in Fallout 4 was quite the hassle, the one in Fallout 76 evoked a more purposeful sentiment. I felt that this airport was well and truly mine, and I immediately went about fortifying it with defensive walls, platforms, and turrets. We survived multiple waves of Protectrons, Eyebots, and Super Mutants, but we were mostly able to hold our own.

Securing the airport, I accompanied my teammate on one of his quests, in which we were meant to pick up a military air drop. This took us southeast on the map, into the wilderness.

This is where we encountered the level 30 Cave Crickets.

Ambling our way through an abandoned mining center, a giant bug came leaping out of the offices, and when its health bar blipped onscreen, both of us screamed and ran for our lives. My partner ran around the mining center parking lot, shooting wildly and dying a few times. I, meanwhile, did what I always do in a Fallout game when facing multiple melee enemies.

I hopped on a car, and pumped about ten level 30 crickets full of shotgun rounds and .308 caliber bullets, with the help of my respawned partner, of course. At least one cricket was able to knock me off, but just once, and with enough running and backtracking, I was able to lose its attention, and then shoot it in the back while my partner had it distracted.

Nearly depleted of our best ammo, we then moved on to the quest marker, where we fought another group of higher-level Scorched enemies. These guys, basically ghouls with guns, populate much of the world, but they're not a big deal once you get used to them, especially these level 14 enemies we faced for the quest. Enough patience, range, and good weaponry, and you'll be fine.

Completing that quest, we were heading into the final hour. We decided to defend our airport from another attack, and then moved on to one of the beta's multiple community-wide event, in which we cleansed a power plant of Scorched and secured it as a base.

It was chaotic, bullet-riddled, and bloody. Exactly what you would expect from a Fallout game. The visuals looked distinct from the most recent entry in the series, with the aesthetic favoring greenery and natural surroundings (at least in the places I visited) over the muddled gray and brown of entries past.

But the main draw I found with the game wasn't so much the gameplay and the world (even though those are both up to snuff), but in how engaged I was with other players. I and my partner immediately teamed up, rather than just sticking to big groups and wandering in and out of proximity chat, and that made for a more permanent experience to the gameplay. I personally preferred him to some of the more hyper and loud-mouthed people we encountered along our journey.

If anything, this will be a game for people to play with each other. Based on my initial time, it looks like Bethesda is betting on gameplay and worldbuilding over story and writing, at least as far as my own engagement is concerned. Neither myself nor my teammate paid much attention to the holotapes (which tell, rather than show, much of their respective questline's story), mostly because we were so busy talking to each other. That, above all, was the most promising aspect of Fallout 76 so far. Here's hoping we can sow more chaos and build better weapons in future dates for the beta.