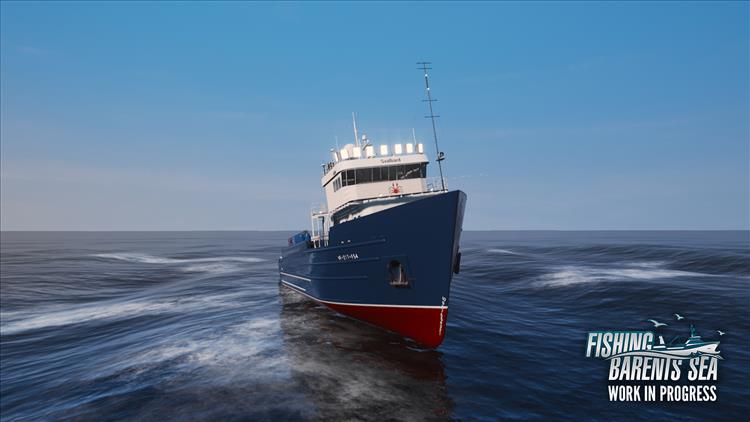 Last month, we reported the news of the Fishing: Barents Sea is expanding its horizons with a new species of catchable sea creature and a couple of new boats to catch them with.

I refer to the new marketable commodity as a "sea creature" because decapod crustaceans are not technically fish. They clearly don't want to have to change the name of the game to Fishing & Crabbing: Barents Sea, so.... it's crabs. King Crabs, to be precise. Those are good eatin' - but pricey.

At the time of the initial announcement, a release date had not yet been determined but we have one now: the DLC will be available on Steam on November 7 and the price will be $11.99.

There is also more information about two new boats included in the DLC vailable.

The new boats, both based on real life boats, are named Selfy and Svalbard, and both are of Norwegian design and manufacture.

Selfa is a proven, reliable, jack of all (crabbing) trades that provides a good platform and a smooth learning curve to help transition regular fishermen to the slightly different mechanics of catching king crabs. To catch crabs, the captain can choose to pursue them either with line and nets or crab pots and a sorting table. There's also a goodly amount of onboard storage, which saves you the time and money it costs to return to the pier to unload when your holds are full. With over 500 hp and a maximum speed of 30 knots, even when you are forced to head back to market you can do it quickly. It's a pretty safe purchase, too. If you can't cut it in the crab industry, Selfa can also be used to fish for the same old stuff you were doing before.

After learning the basics of crab fishing, such as detecting the locations of crab areas and lowering crab pots into the sea, the second ship of the King Crab DLC is the next step up. At 55 meters (180' for the non-metrically enhanced), the Svalbard is five times longer than the Selfy, equipped with significantly larger crab pots and was exclusively designed for king crab fishing. There's no backing out of this decision. But because it was designed for a single purpose, Svalbard provides help in moving around all of the crabs pots you will certainly fill with a heavy catch in the form of a robust deck crane for both throwing out and hauling in the heavy loads. The 1,125 horsepower engine is going to help keep all of it in motion, no matter the weather and sea conditions.

Spend the next week binging on Deadliest Catch and grab the DLC on November 7th.

May you have fair winds, a following sea, and a good catch, Captain.