Just in time for Halloween, studio Fatshark has added a free spooky update to Warhammer: Vermintide II, called Geheimnisnacht. I'm not even going to attempt to say that out loud, but it adds some nice seasonal freebies, such as a Night Mode for all levels, a refresh for the Keep and new portrait frames. Also until November 1st the game is 50% off on Steam. I've been meaning to jump into Vermintide for a while now so maybe I'll take this opportunity to pick up both games. 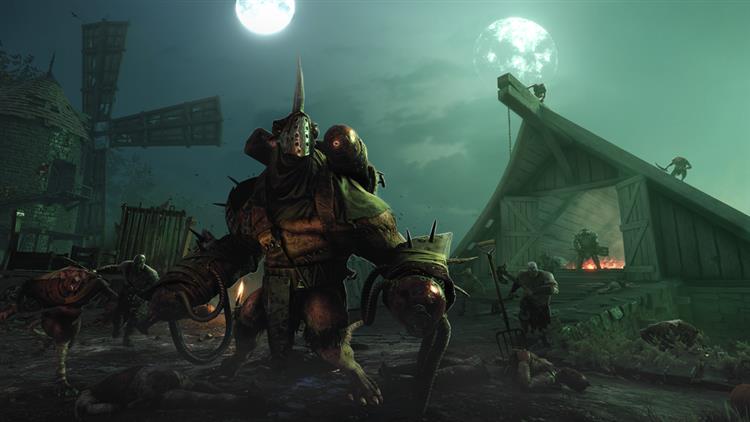 There’s No Celebration of Halloween in Helmgardt, But The Geheimnisnacht is Off The Hook!

Between Oct 29 to Nov 4 Geheimnisnacht is in full effect in Warhammer: Vermintide 2, and bring a lot of fun stuff to the players as well as a dark experience.

All is totally free, and available when you start the game on your PC or Xbox One.

Not a Hero yet?
Pick up Warhammer: Vermintide 2 on Steam, and get 50% off until October 1. And if you’re a Hero missing Shadows over Bögenhafen, it’s 25% off during the same period.
http://store.steampowered.com/app/552500/Warhammer_Vermintide_2/

About Warhammer: Vermintide 2
The 5 heroes have returned to take on an even greater threat during the End Times - the combined forces of the cowardly Skaven army and the barbaric Chaos faction. Prepare to be challenged like never before as you and your team desperately try to survive the never-ending hordes of enemies. Choose between 15 different careers, climb the talent tree, and customize your weapon arsenal to fit your unique play style as you fight your way through 13 stunning levels. The only thing standing between utter defeat and victory is you and your allies - if you fall, so will the Empire.

About Fatshark
Headquartered in Stockholm, Sweden and established in 2007 independent developer Fatshark is comprised of a team of 75+ experienced games developers, who strive to create compelling interactive experiences. Apart from Warhammer: End Times - Vermintide, the team has previously developed titles including Lead and Gold, Krater and War of the Roses. For more information, visitwww.fatsharkgames.com

About Games Workshop®
Games Workshop® Group PLC (LSE:GAW.L), based in Nottingham, UK, produces the best fantasy miniatures in the world. Games Workshop designs, manufactures, retails, and distributes its range of Warhammer®: Age of Sigmar® and Warhammer® 40,000® games, miniature soldiers, novels and model kits through more than 489 of its own stores (branded Games Workshop® or Warhammer®), the www.games-workshop.com web store and independent retail channels in more than 50 countries worldwide. More information about Games Workshop and its other, related, brands and product ranges (including our publishing division ‘Black Library’ and our special resin miniatures studio ‘Forge World’) can be found atwww.games-workshop.com.