Yesterday, Bethesda announced this weekend's Fallout 76 B.E.T.A. dates and times for the remainder of the Xbox One pre-order exclusive window and teased some extended times in the future.  Today, the end is near for PS4 and PC folks, as next weeks dates and times have been announced, and it does increase the B.E.T.A. windows quite a bit.  Whereas most have been around 2 hours so far, starting on Oct 30th, there will be days of 4, 5, 4 and 7 hour windows for testing.

Keep in mind, stuff can break or all hell can break loose, so the times and date are subject to change, but you may have to pry yourself away from the old West and jump into the desolate future wasteland of WV for a few hours a day the next week or so. 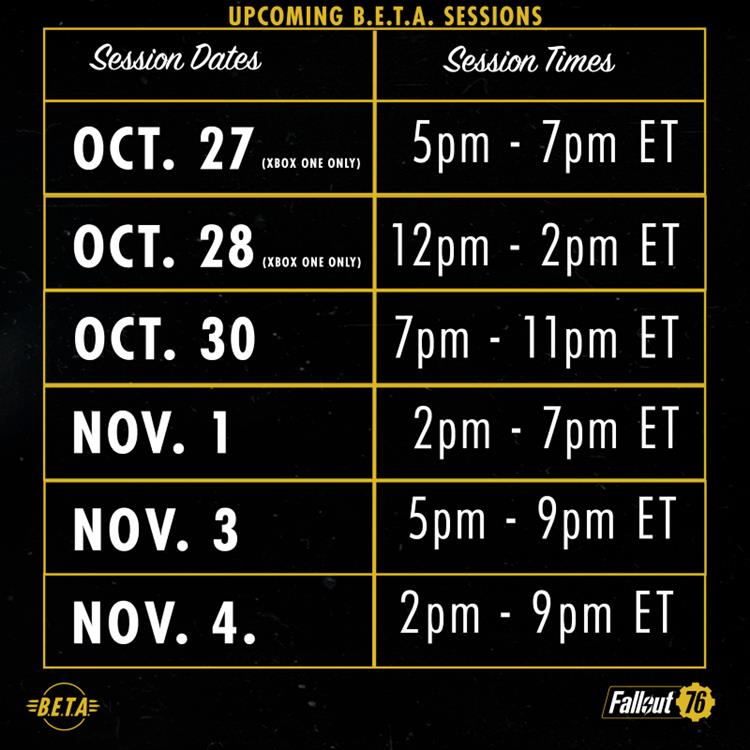