The folks at Bethesda have been making lots of news today, as this is the third post I have put up for them and/or Fallout 76.  This one is a bit different though, as it is about a letter that the Bethesda Game Studios team has penned to it's fans.  I will let you read the letter below, but after reading it my interpretation is that it is basically stating that Fallout 76 is new territory for Bethesda and they are tempering expectations that players in the B.E.T.A. will see a complete and polished experience.  They KNOW the game has some warts, and that is why they are bringing in the folks, us gamers everywhere, to vet them out and test the heck out of the game.

So just remember, whether you get in this week on your Xbox One or next week on your PC or PS4, the purpose of the B.E.T.A. is actually to find things that don't work so well and report them to Bethesda so they can get them fixed before launch.  Don't be that guy (or gal) that decides to be a keyboard jockey and trash the game on social media.  Play the game, find the bugs and make it better for everyone.  You pre-ordered it for a reason, so help Bethesda, arguably the best Publisher out there right now, deliver the best game they can on 11/14/18. 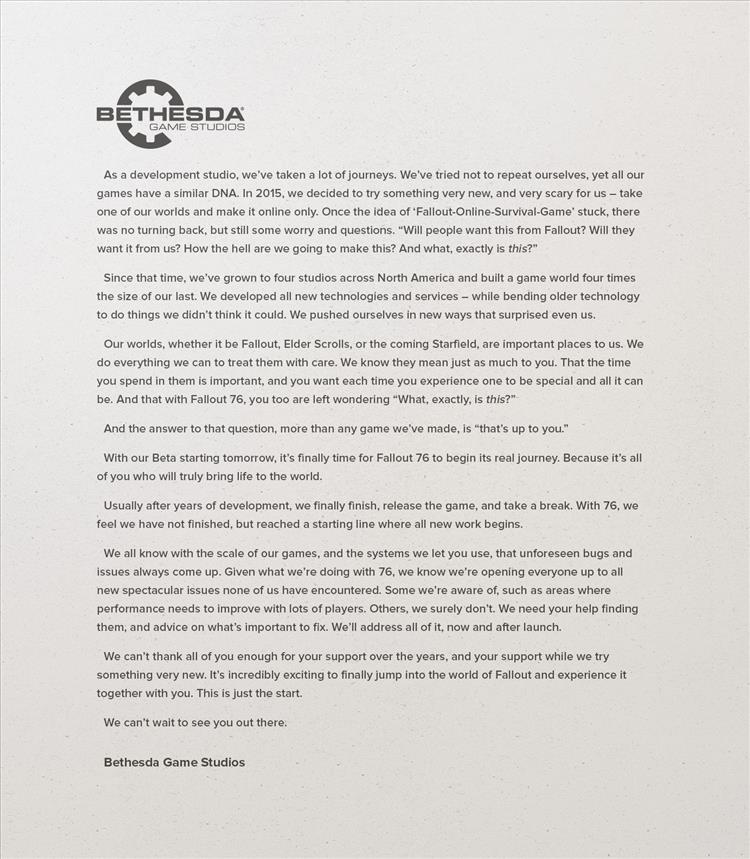