With TwitchCon coming up this weekend (along with a big-time game release), you can expect to find streamers going gonzo getting games out on the Interwebs.  Also, with a legion of Exhibitors, Ambassadors and Partners in attendance, you can also expect to see some footage of unreleased titles getting streamed.

The first one I am aware of is Bethesda, as they have announced their in-booth programming for the show.  While Xbox One owners that pre-ordered Fallout 76 will be attempting to bring down the servers during their limited B.E.T.A. windows, Bethesda will have not one, not two but THREE separate 1.5 hour streams of Fallout 76 over the weekend.  You can dates/times on the schedule below, but the basics are 2:30 - 4:00 pm PST each day Fri - Sun.  While it is not confirmed the streams will make it to an outside Twitch channel or whether it will be Bethesda employees or influencers, I have to think the percentages are pretty high that this will be the public's first extended look at the game before the release on 11/14/18. 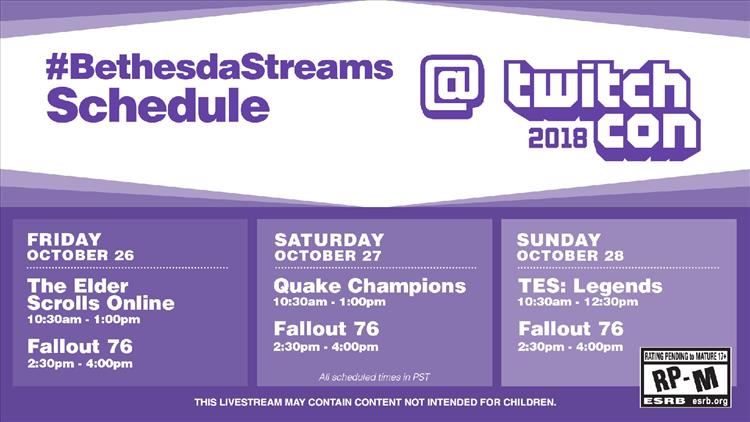