Fallout 76 B.E.T.A. week is here for Xbox One pre-orders

So this is kind of a big week, with the release of Red Dead Redemption 2 on Friday.  However, another major game is also becoming "available" with the Fallout 76 B.E.T.A kicking off for those that pre-ordered on the Xbox One starting tomorrow.  Those that pre-orders on the PS4 or PC pre-orders getting access next week on the 30th.

All the details are in the B.E.T.A. FAQ, but there are some quirks to keep an eye out for.  The biggest being that there doesn't appear to be a set time frame for the BETA (maybe up until a couple days before the release on 11/14/18), and it will most-definitely not be available 24/7, as servers are being taken down and brought up to correct any issues that pop up.  Expectations are that servers will be up for targeted time frames of between 4 to 8 hours per day, trying to maximize the load.

For those that have access tomorrow and the PC/PS4 folks that get in next week, have fun and enjoy and break the hell out of it so when the rest of us get in on Nov 14th, the game is running silky smooth. 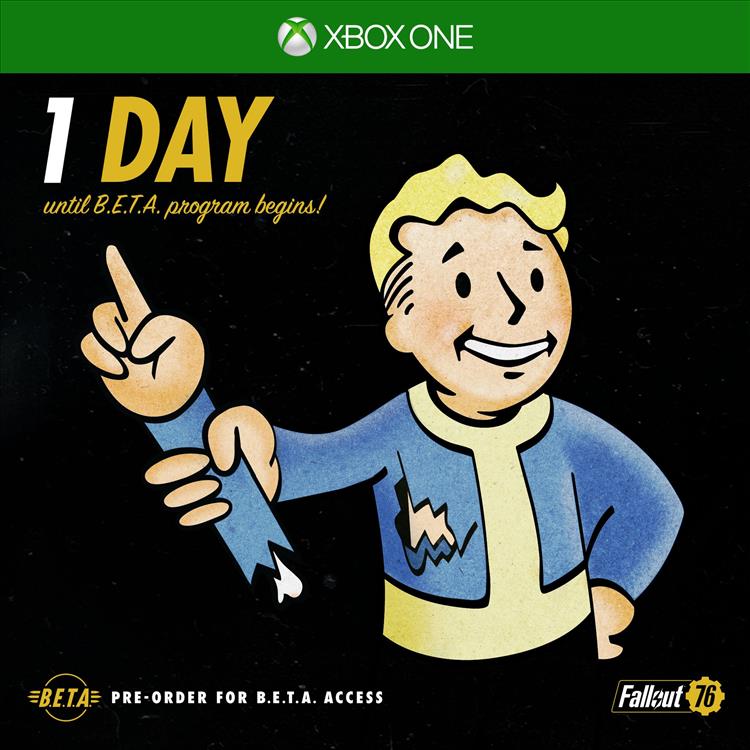