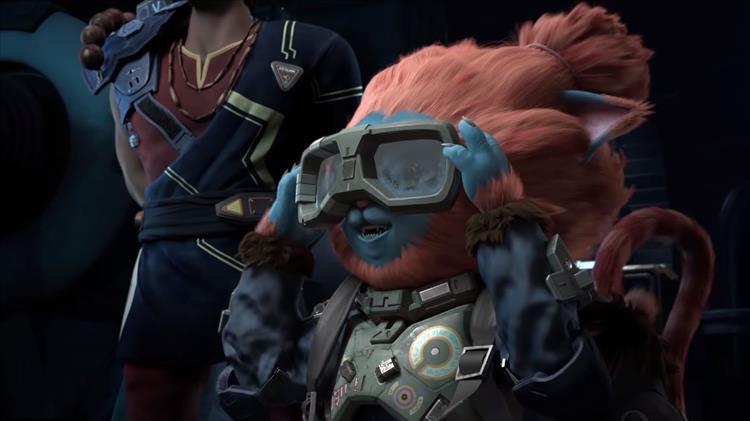 Dan Houser, Co-Founder of Rockstar Games, is rethinking his humble (thoughtless) brag about some of his employees working 100-hour weeks on Red Dead Redemption 2. "Video games have always trivialized violence, thank God," says War Is Boring in reference to Fallout 76's nukes. China's recent crackdown on games has plunged Tencent's stock value 40% and kicked it out of the world's top 10 biggest companies.

Zachary Atwood
I'll undoubtedly be keeping my focus on Call of Duty: Black Ops 4 this week. It's been a long time since I had this much fun with a Call of Duty game, and it's going to keep me roped in for some time to come. I've officially reached max power on all three of my Destiny 2 characters, so now I'll be settling into maintenance mode, doing some weekly raids, and enjoying the Festival of the Lost.

Should I somehow find myself devoid of motivation to play either Destiny or Call of Duty, Two Point Hospital has been waiting patiently for me to find some time to dive back in, and it's the perfect type of game to enjoy alongside a Daredevil Season 3 binge. Lastly, the new Taco Bell promotion has an Xbox One X that I find ridiculously attractive, so I'll have to pick up at least one Double Chalupa Box sometime this weekend.

Kinsey Danzis
It’s been incredibly stressful this past couple of weeks, so after I finish my current review I’m hopping back into Horizon Zero Dawn to find all the collectibles—and further procrastinate the actual end quest, because I’ve been putting that off for a good few months now. The music is relaxing, the combat is satisfying and, all in all, it’s still a great way to unwind. It's definitely one of my favorite games of all time. This game alone makes the PS4 worth it in my eyes.

Dave Gamble
It took almost two years for me to fully embrace retirement and, to be honest, I still have a way to go. The latest step was the acquisition of a travel trailer capable of multi-week trips. I’m sitting in it right now, in fact, pecking this text out on one of modern life’s bigger disappointments: the iPhone keyboard. Or “ketbiarf” as it originally sprang from my seemingly sausage-sized fingers. This is going to radically change my gaming habits, but there will still be gaming—there simply can’t not be.

Mobile gaming for me has always been reserved for waiting rooms, airline flights, lengthy commercial breaks on the rare occasions I watch anything live, and that indeterminately long period between my wife saying, “I’m almost ready,” and the point at which she actually is. That’s likely to change now, but I’m not sure in what way.

This week has been mostly straight gin, having grown frustrated with Gin Rummy. Not having to decide whether or not to risk knocking in Rummy, I only have to suffer the stress of waiting for the right cards to come along. I also prefer the straight gin (ha! I like my whiskey that way, too!) because it offers more opportunity for my strategies to work out without being foiled by my opponent knocking.

When I’m in a private area and don’t mind looking goofy, I practice my trap shooting with Clay Championship Shooter. It’s obviously not the same as actual shooting, even if I get my wife to punch me in the shoulder after every shot, but it is surprisingly well done, at least with regards to tracking a clay. My only gripe with it is that it can’t be bought—the ads are irritating and I’d certainly throw a few bucks at making them go away.

Next time I’m near some WiFi, I’m going to look into something more substantial.

Eric Hauter
I'm currently playing a bevy of Switch games for review. Joggernauts is a unique, colorful party game, with multiple players controlling individual characters that are simultaneously tracking along an endless runner. The game offers a single-player component which I found to be absolutely impossible, so I've recruited some work friends to play with me. More on that one coming soon.

I'm also in the midst of reviewing StarLink. I can't say much about that one yet, but I think that it is safe for me to mention that the solar system in which the game takes place is Ubi-normous. I've played some without the toys-to-life component, and now I'm adding the toys in, so I'll have a much better understanding of the final product after playing with it as intended.

Randy Kalista
Generation Zero handed out closed beta keys this week. I'm a lucky winner. I could use some persistent-world and persistent-encounter 1980s robot-smashing action in the land of ABBA and IKEA. Sweden's forests and architecture are lovely anytime of year, though I hear their winters are deafening and lonely.

Along with The Amorous Adventures of Bold Sir Hans Capon DLC, Kingdom Come: Deliverance also brought Tournament! into play this week. Usually, you're either safely training with wooden weapons, or you're desperately fighting for your life in the backwoods of the Czech Republic. Tournament! will at least let you win a little coin and not risk your entire life for a little swordplay.

And, as a palette cleanser before Rockstar's version of The Wild Bunch shows up next week, I'm enjoying a leisurely, easy-difficulty playthrough of XCOM 2. It's good getting that gang back together. Playing on Rookie means never having 80% of your soldiers cycling through the infirmary at all times.