Yesterday, Taco Bell teased a new crossover promotion with Microsoft, by showing an Xbox One being turned on and saying "10/18. The Boxes return."  Well, this morning, Major Nelson detailed exactly what that promotion will be on his blog, and as expected, it involves Xbox One X and one of Taco Bell's Boxes. 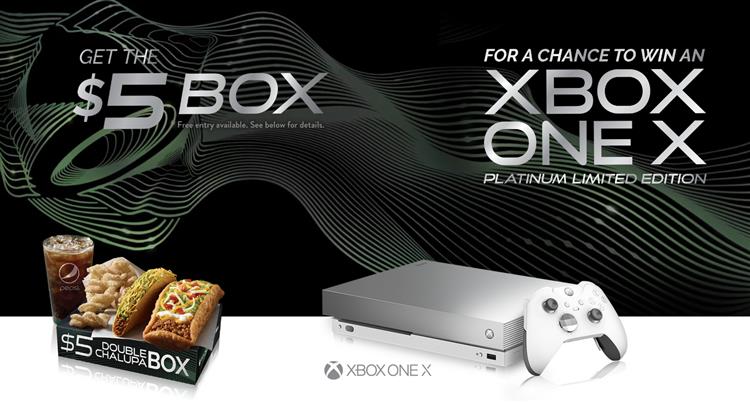 As outlined, if you  buy a double Chalupa box, you will have a shot at winning a limited-edition Xbox One X, which are being given away one every 10 minutes.  The promo will run from 10/18/18 through 11/21/18, and if you happen to win one, the platinum colored console will come with the famous Taco bell "ring" when it is powered on.

For full details on the promotion and rules, check out Taco bell's official page for the contest.