Second Hotfix in as many weeks applied to Ghost Recon Wildlands 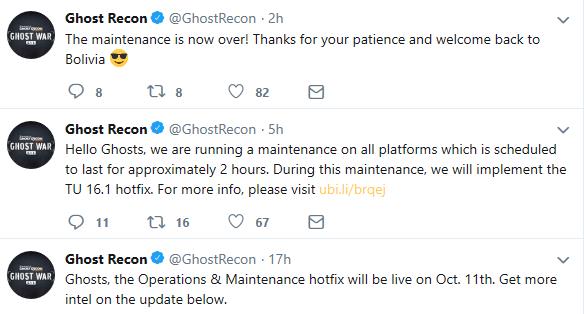 With this being the second hotfix in as many weeks, it was expected that a few issues may have been introduced with the last one.  This was all but confirmed by the post in the official forums by Ubisoft, outlining what was corrected and why this hotfix was needed:

We have an update on the Operations & Maintenance hotfix announced last week. We will be implementing the hotfix tomorrow Thursday, October 11th at 7 AM UTC / 3 AM EST during a three-hour maintenance.

We really appreciate your patience as we’ve continued to work hard on polishing these fixes.

We will continue investigating the bugs present on the current Known Issues list. Please check there if you are unsure of the status of a bug or contact our Customer Support team to report any issue you are experiencing.