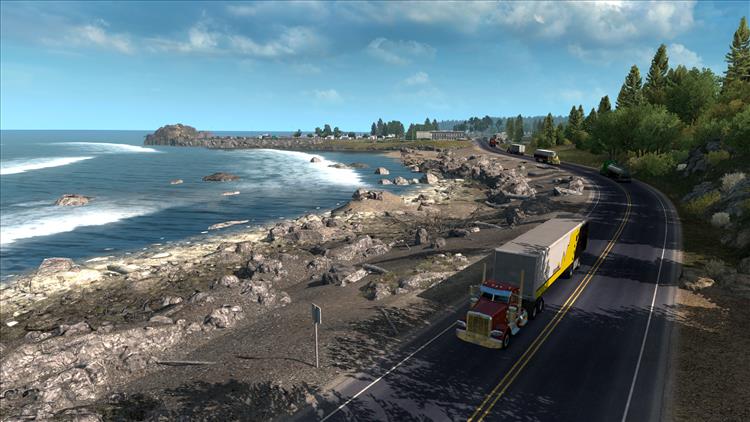 In light of 10 video game studio closures this year alone, Wired magazine says we need to change how we talk about game studios closing. "It used to be 20 games a week on Steam, and now it's 20 games a day," says Deconstructeam, one of many indies struggling to keep its head above water. And Deadpool's Ryan Reynolds will be the star of Free Guy, where he'll come to the realization he's only a background character in a brutal open-world action-adventure game.

Dave Gamble
Well, if New Year's Resolutions have taught me anything about resolutions, it's that they are made to be broken. In fact, a few years ago I gave up on attempting to quit old bad habits, having decided that it is really hard and that adopting a new vice would probably offer a far easier path to success. And thus it was that I forced myself to acquire a taste for single-malt whiskey. I mention this to mitigate the shock of learning that last week's resolution to play at least one "cardio" game each week lasted less than a full three-minute round with Ugly Joe in The Thrill of the Fight. I have since taken the liberty of renaming that game to something more germane to my personal situation: The Burning Pain in my Back. That's a real shame because it is a tremendously fun game. Sadly, I'm going to have to lower the challenge level - this week I'm playing Eleven: Table Tennis VR. It's frenetic enough to get my pulse rate up, but not as physical as flailing away throwing punches into dead, empty air. Plus, I have yet to get knocked to the floor, so there is that.

For the shorter sessions that crop up while dinner is baking in the oven or still sharing the back seat of an Uber Eats car with dirty socks and a stained baby seat, it's still Far Cry 5. I continue to find new ways to entertain myself in the big open world of Hope County, although every now and then the ridiculous and persistent story sucks me in because I have angered one of the Seed's (which is crazy easy to do - they need to lay off on the espresso) and forces me to perform a timed mission, just like one of those saps running timed races through gauntlets on TV. I hate timed missions just as much as I hate being yanked into them, but hey, it's Hope County. What're ya gonna do?

Weeks ago I discovered that the only way to see Hope County is via helicopter, and also that it's quite a bit easier to liberate an outpost or blast away at various ground targets from the air. I've pretty much cleared the entire county of dug-in hostiles, so it's pretty much just vigilante patrols for me if I'm in the mood to blow stuff up. Recently, though, I have found a very tough challenge. I have set my sights on hitching up a semi truck to a trailer and pulling it around the county. The trailers are elusive, and never, ever seem to spawn if I am already driving a truck suitable for pulling one. It's been a comedy of errors, to be honest. Most recently, I had found a trailer, gone up the road a bit to buy a truck, and run into yet another problem on the way back to the trailer: I was going too fast around a turn on a gravel road and somehow managed to slide right in between two trees, leaving only an inch of space front and back. There was no way of getting out of there, and by the time I was able to go back and buy another truck, the trailer was long gone.

I did what I always do when I get frustrated: I went hunting. Oh, and I shot a Mallard Duck with an M-249 too. Not an easy shot! Those years of trap shooting really paid off on that one!

Eric Hauter
I have fallen deeply into Dark Eclipse, the free to play MOBA/RTS game on PlayStation VR. Though my first impression of the game was, "What on Earth is going on here?" I gave it a little time and now my feelings are, "This game is awesome and everyone should play it, but stop defeating me because you are making me feel bad about myself." I'm trying to work out a winning strategy, but the game shifts so much each time I play it, I have yet to settle on a path forward. When matches run between 20 and 30 minutes, that "one more match" feeling you get after being defeated can keep you up pretty late.

I'm also playing Focus Games' The Council, an episodic game that has been quietly dropping new installments every couple of months throughout 2018. I don't want to say too much, because I'm just on the first episode, but I am really digging on this game's slower pace and its deliberate but entrancing alternate-history storytelling. Although the dialogue is totally anachronistic, the sense of time and place are still strong enough that I am getting a kick out of all of the throne room machinations of the plot.

Charles Husemann
This weekend I'm hoping to wrap up Rise of the Tomb Raider. I've never gotten far in a Tomb Raider game but after seeing it was available on Xbox Game Pass I thought I would give it a shot. It's hard to judge any game after playing Marvel's Spider-Man [It's a hard act to follow. -Ed.] but I'm enjoying the challenge tombs and exploration. The gunplay and wanton destruction of history make me scratch my head a bit but I'm looking forward to seeing where the game goes and then I might pick up Shadow of the Tomb Raider after that.

I'm also going to be picking through Forza Horizon 4 a bit (another Game Pass pick-up). I'm a terrible driver but I'm having fun racing against the drivatars of friends as well as creating a machine-learning menace of my own.

Dan Keener
Looks like I will continue to work my way through Skara Brae in The Bard's Tale IV as well as play through Forza Horizon 4 on Game Pass. Will probably do some racing against the EiC, since he's a terrible driver and all [Shots fired. -Ed.], to see how the multiplayer works.

Nah, I'm kidding, it's actually for all those reasons that I'm not a Warhammer 40K kinda guy. Where would I even begin? The surprising answer, even to me, is that I begin with Warhammer 40,000: Mechanicus. I'm dipping my toe into a preview build and...I think I like it. Turn-based strategy. XCOM arenas. And the confidence that only 30 years of tabletop role-playing resources can bring to the stage. The art style is clean, its vocabulary is intact, and the tactics are immediately easy to grasp. Unlike, for instance, Divinity: Original Sin 2, which chokes you to death with its overbaked game of three-dimensional Rock, Paper, Scissors until you're Stockholm Syndrome'd into actually liking it. (I actually like Original Sin 2 now.)

So, there's that and BattleTech. Still my #1 strategy game of the year—though it always feels like it's this close to losing its thumbs-up rating on Steam. But the heart wants what it wants. And BattleTech's got heart. That's not something you hear everyday when talking about turn-based strategy games, let alone one involving four-story BattleMechs. It's the logistical nature and human-resource realities that get its hooks into me. That's not the most exciting bullet point to put on the back of the box, but this game gets me.

Update: Just got Dan's Humble Monthly code for American Truck Simulator (thanks, Dan!). I immediately downloaded the Oregon expansion and Classic Stripes Paint Jobs pack to get off to a good start. Except for my CB callsign is now "Jackknife" since that's what I spent 15 minutes doing to my cab and trailer in the parking lot of a "Walbert."

Nicholas Leon
I finished Nier: Automata for the third time last weekend. It was a heck of an emotional ride. I'm not sure whether I want to follow through with actually completing the game for real for the fourth ending, but I think it's something I might as well try. Otherwise, I might peruse my Steam library and see what games are there that I haven't started playing yet.