SUNSOFT’s new MOBA/RTS mash-up on PlayStation VR is a ton of fun, but getting started isn’t exactly intuitive. I played through the tutorial twice, then I tried a game against the AI opponent, then I played through the tutorial again, then I played another game against the AI, and after all of that I felt comfortable enough to go online against a real life opponent. I have had some decent success, which surprised me because I normally lose every single online game I try. This leads me to believe that a lot of other folks jumping into the game have even less of an idea how to play Dark Eclipse than I do, so I thought I would try to share a few insights into what the hell is going on in this game. Dark Eclipse is not as complicated as it first seems, and once you have a grip on it, it is a load of fun. I’m not saying I’m good at the game, I’m just saying that I’ve played enough to understand what’s going on.

Let’s start with some basics:

Both players start with a base. The object of the game is to destroy your opponent’s base. All the other stuff in Dark Eclipse (the monster killing, the tower building, the tree-cutting, the soldier advancing) is all in service of that goal. It does not matter if your opponent has more towers than you, or stronger leaders than you. If you can knock down their base when they aren’t looking, you win. 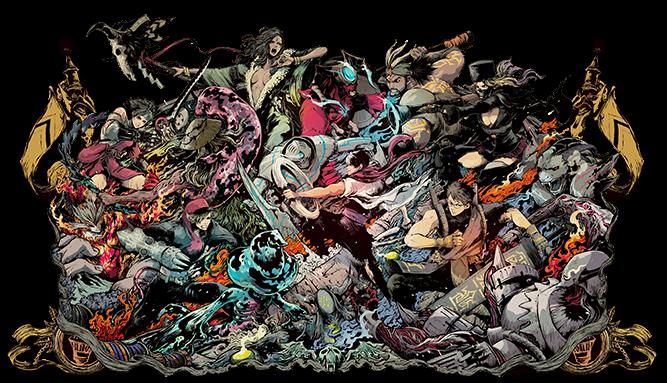 Each player starts the game by picking three awesome little dudes or dudettes called “Leaders”. Leaders each have two powers, one passive power and one active power, which is activated in-game with a button tap. Knowing what these powers are and what they each do can help turn the tide of battle, so spending a bit of time fishing around the menu and reading everything about your favorite characters is probably wise.

Leaders come in different types, so mixing and matching wisely is advised. There are heroes and dominators, and your starting team must have one hero (generally human looking) and two dominators (monster things). Each leader also has a specialty, which comes into play in how they interact with enemies. There are fighters (well-rounded in offense and defense), assassins (prone to burst damage but lighter on the defense), ranged (fire from a distance to maintain their health) and tanks (uh…tanks).

Each leader starts the game with one little soldier by their side. You move the leaders around by dragging the little ball above their heads around the map. Where you drag, the leaders follow. A fog of war persists across the map, preventing you from seeing what is going on with your opponent until you practically run right into them.

Leaders start each match at level one. You can level them up by killing “Eaters”, little monster dudes that are lurking around the map. It is advantageous to take time out of all of your other activities to level up your leaders, because if they are lower level then your opponent when you inevitably scrap with them, you will get your face handed to you. So, as you move about, divert your leaders a bit to fight spiders and shell doohickeys and all of the other creepers you see about. Just watch that you don’t take on some of the bigger guys before you are ready, because they will kill you. Leaders can also team up to kill eaters, so this is a viable strategy, though they do end up splitting the XP gained from a pool. So ganging up on eaters is an easier, but slower way to advance.

In the early game, the main goal is to build towers. There are five different tower types, each with different powers. To unlock a tower type, you must have a collective leader level of a specific number. For example, if a tower requires level 12, that means that you must have three leaders with cumulative levels adding up to 12. You could have three leaders at level 4, or you could have one level 10 leader and two level one leaders. Doesn’t matter, so long as the levels add up correctly.

Towers are built by using the only material in the game – trees. Your soldiers are responsible for cutting down trees, so if they have fallen in battle you will have to go back to your base to resurrect them. Hanging out near a tower will also eventually cause them to respawn, but frankly, I don’t have the patience for all that. Placing your leader on the purple collection spaces scattered about the level will allow you to select from the towers available to you, but you still need to collect material. It took me a while to realize, but soldiers from other leaders will contribute to the construction of a tower, so if there aren’t enough trees nearby, you can send out another leader to gather up materials.

Once a tower is up, it will serve a number of purposes. All towers can transport your team back to your base in a matter of moments. Just place your guys in the tower’s area of influence (the circle around the tower) and tap the tip of the tower. This is a great help if you are off in some distant corner of the map and your opponent starts attacking your base.

Towers will also assist you in battle. An enemy would be awfully foolish to attack your tower with you standing there, because the combo of you, your soldiers and your tower can deliver a devastating defeat in mere moments.

In addition to raining down hell on opponents and eaters, each tower type has a specific function. Here is a breakdown, stolen from the game’s official online instruction manual. 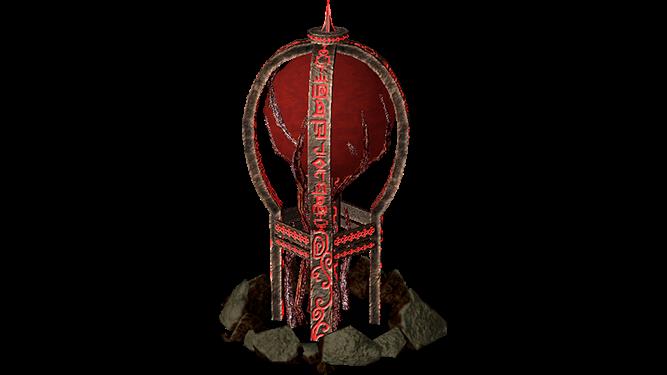 Grants a speed boost to nearby allied Leaders. This is followed by a cooldown period. 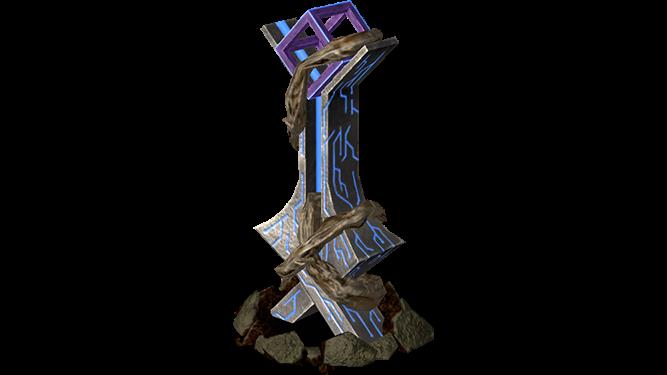 Lets you see through the fog of war. This is followed by a cooldown period. 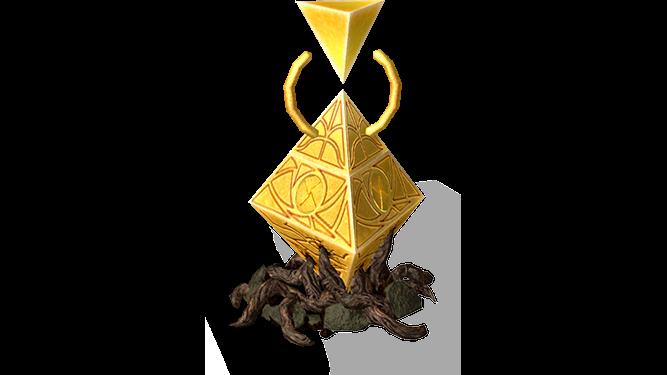 Automatically slows down the movement speed of nearby enemy forces. This is followed by a cooldown period. 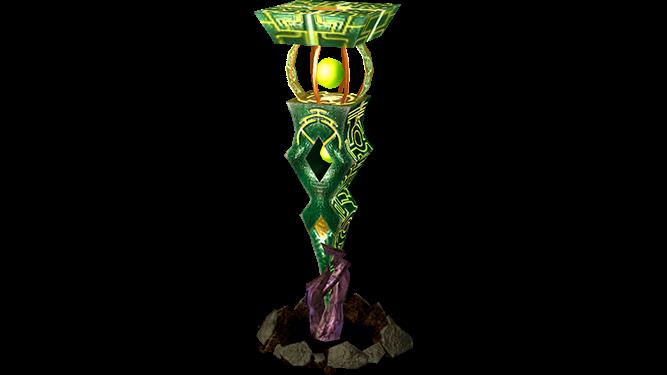 Automatically revives nearby Leaders. This is followed by a cooldown period. 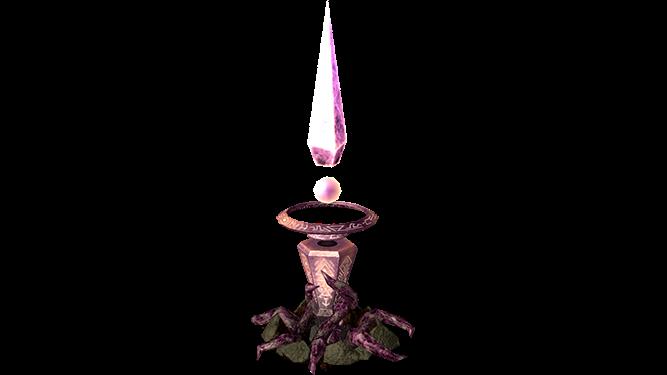 Converts any Eaters you have defeated to your side, though their health will diminish over time. Also deals extra damage to enemies.

If you are good enough to build all five types of tower, your base will start attacking the enemy’s base. It is important to note that I have played over twenty matches at this point, and have never seen that happen. 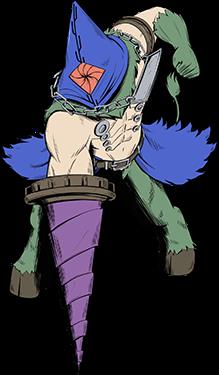 Over the course of the game, your little team will build up currency, known as “quarks”. I am still kind of unsure what mechanics are at play in the building of your quark bank. I think it they may flow faster due to how many towers you have, but I could be way off base there.

Anyhow, the primary use of quarks is to build up your soldiers. Your little dudes that accompany you into battle and chop down trees can be enhanced in a number of ways, following along a slightly branching advancement tree. With your first enhancement, you decide whether to make your soldier melee or ranged, and then you can advance them from there. If you get one guy enhanced all the way, you can add a second, and then a third. All of the soldier designs are pretty cool, so its fun to experiment to see what is waiting at the end of those branches.

Advancing soldiers must be done at your base, so when the time comes, teleport back home and drag your leader to the little green spot that they spawned on. This will open up a little UI that lets you quickly and easily build up your fun little action figures. Before long, you will have a little wrecking crew that follows your leaders around, rushing into attack anything that gets too close. 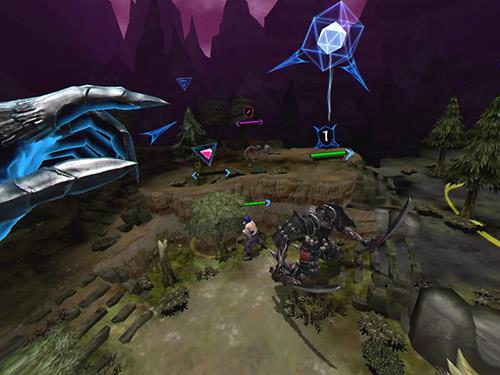 So, the flow of the game is fight eaters – chop trees – build towers – repeat, until you eventually run into your enemy (or they kamikaze in and start attacking your stuff).

When you encounter enemies, you can either chose to attack or mind your own business. I have had forty minute long games with no combat with my opponent, and I’ve had matches where the other person comes sliding over in the first couple of minutes to attack my base. How you act and react is all up to you, and that’s the fun of the game.

I hope that new players find this guide useful (and if I got anything wrong, please let me know!). I expect to have a full review of Dark Eclipse up soon, but in the meantime I will say that I think that this game is well worth your time to check out. Dark Eclipse is a banger. It’s free to play, with extra leaders and skins costing real-world cash, but the game is totally winnable and fun with the free stuff you get. Dark Eclipse seems overly complicated at first, but a little playing around will even you out nicely. Once you have the basics down, you will be crushing your opponent in no time.