As I reported way back in December of 2017, PlayStation VR is getting its first MOBA. Dark Eclipse, developed by Sunsoft, will release on Wednesday, 9/26/18.

I'm kind of surprised that we never saw a beta for Dark Eclipse here in the U.S., but a little bit of poking around on Reddit shows that the development team emailed codes out to certain folks and held the beta quietly, maybe only in the UK.

According to a recent article on Variety, Dark Eclipse will be completely free to play, with players able to manipulate in-game characters with either Move Controllers or the Duel Shock.

“With 40 years in the business, we’ve seen many gaming trends come and go, but few have been as exhilarating as VR’s expansion and mainstream acceptance,” said Shohei Sakakibara, a producer and project leader at Sunsoft. “Everyone at Sunsoft is enamored with this type of quick, strategic, multiplayer gameplay, so we brought our passion for the genre and combined the best characteristics of VR, MOBAs and RTS games into ‘Dark Eclipse,’ a game that’s both familiar and eye-catchingly innovative.”

A decent breakdown of gameplay is housed over Dark Eclipse's official PlayStation page, but here is the general idea: "Control three characters, called Leaders, each with unique abilities. The target is to destroy the enemy base while defending your own base. Collect resources to build towers. The towers protect you and give you vision to enemy movements."

That all sounds great, but a lot of this game's success will be in how well it trains players to play. I'm hoping for a robust tutorial/training mode in order to get started, because as a MOBA noob, I'm already a little shaky going into a game of this nature.

Either way, we'll find out Wednesday! 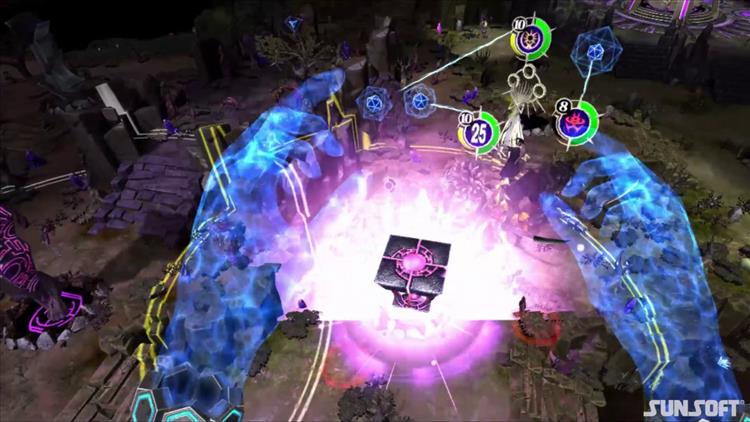