I picked up Destiny 2 a few weeks back, and started playing it casually earlier this week. I rolled a Warlock, and had been progressing through the game having a grand old time until this afternoon, when I attempted to take on the first story missions on Titan.

Everything in the game was completely working for me until I reached the portion of the Titan missions that requires players to jump from platform to platform while attempting to get the pistons restarted.

Here's what I discovered: the platforming mechanic for Warlocks in Destiny 2 is absolutely broken. Worse than broken, it is frustrating to the point where I don't ever want to play the game again. After attempting the same jump over and over again, falling into the ocean repeatedly to the point where I was about to snap my controller in half, I decided that I was done with Destiny 2, and I deleted it from my PlayStation.

Jumping online to see if it was just me, I discovered that no, there are tons of players that are having the exact same problem in the exact same place. The "double-tap" jump for Warlocks simply does not gain enough height to clear some of the jumps that are needed to progress in the mission. Of course, in the threads I read, there are a few of the usual "get gud" morons offering non-advice, but the majority of players were legitimately frustrated to the point of quitting, just like me.

Yes, obviously I am new to the game. And no, clearly, I am not "good". But at this early stage of Destiny 2, I shouldn't have to be! I'm just learning the game and its systems. It is unfathomable to me that Bungie would include jumps of such ridiculous difficulty in such an early portion of the game. I'm sure that someone at Bungie at some point must have said "Hey, these jumps are a little tough with a Warlock" and someone else said, "Well, they just need to get gud". Well, congratulations, faceless Bungie game designer, because you just bounced me and countless others off of your premiere franchise.

Obviously, there are a lot of high-level Warlocks out there that have made these jumps and moved on. But I daresay that if there are people that found this portion of this mission enjoyable, there are an equal number that threw up their hands in frustration. Just Googling "Warlock jump" brings up hundreds of posts about the difficulties people have experienced in the last year. There is nothing fun about attempting difficult jumps over and over again. This aggravation is exacerbated by the fact that the jumps are easily achievable with other characters, making me feel like I just wasted the eight or so hours I have dumped into my Warlock. It is absolutely unbelievable that Bungie, for all their patching and DLC-ing, would not have done anything to ease this issue by now.

I do not demand that games be "easy". Obviously, writing for Gaming Nexus, I have played a lot of tough games. But I have to say that it is very rare that I experience a spike in difficulty like the one I experienced in Destiny 2 today that is high enough to make me put down my controller on a game that I am otherwise enjoying and say "Nope, I'm good on this."

There are a few words that come to mind.

Now, if you excuse me, I'm going to go start Warframe downloading. 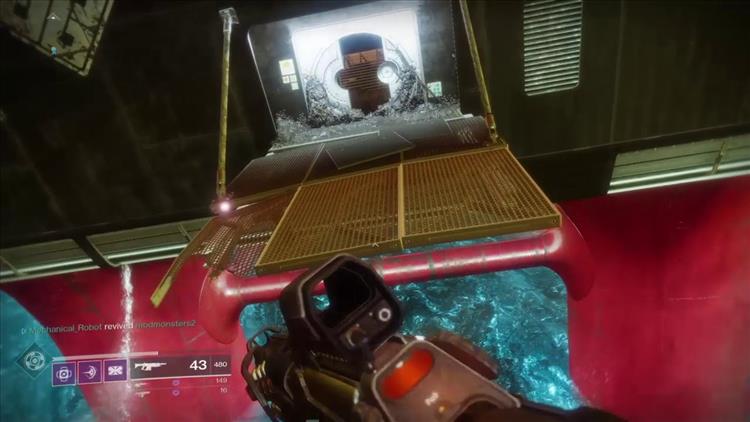