Starting with the Xbox 360 and continuing (initially) with the Xbox One, Microsoft has tried to integrate voice access and control into your Xbox console with Kinect. With Kinect officially being laid to rest last fall, the future of updated voice controls looked a bit bleak. However, with an inhouse option (Cortana) and a burgeoning partnership withy Amazon (Alexa), Microsoft is getting back into the voice-controlled console world in a big way.

Starting today with select U.S. Xbox Insiders, Microsoft is introducing Xbox Skill, which will allow you to use your voice to navigate your Xbox One through Cortana or Alexa-enabled devices. Looks like you can do things such as powering on/off console, start games, start /stop broadcasts on Mixer and so on. No mention on when this will be available to all U.S. and Worldwide Xbox One owners, but it will likely be tested with the Insiders and released to the public fairly soon.

For full details on what it can do and how to access Xbox Skill with Cortana or Alexa, visit the official announcement for the step-by-step instructions. 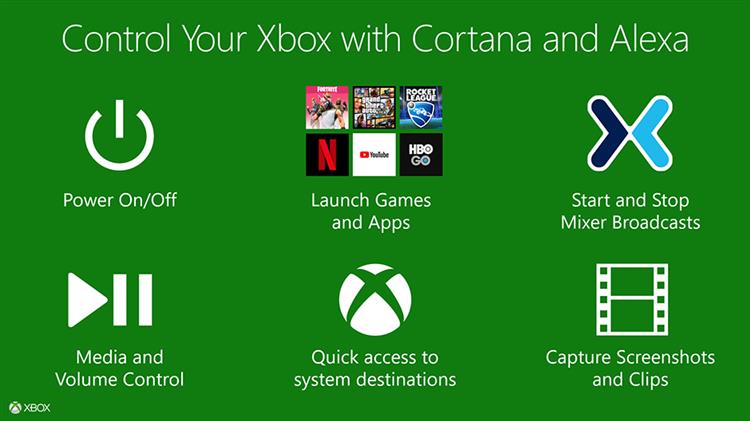