Nintendo announces a diverse list of Nindies coming to the Switch

Over the next several months, the Nintendo Switch library is going to get a bit bigger as Nintendo has announced several indie games heading to the system. The big one to mention here is Into the Breach. In this turn-based strategy game, players will suit up in powerful mechs to defend against the Vek infestation on randomly-generated islands. The PC and MacOS versions are already released and the Nintendo Switch version is also available to check out.

Another big game hitting the Nintendo Switch soon is Hyper Light Drifter: Special Edition. Another game that's been available on other platforms, this version allows the player to equip a special exclusive outfit that will help them to locate hidden items. The Special Edition will also include new weapons such as the Crystal Shot and the Blade Caster. Hyper Light Drifter: Special Edition will launch on the Switch next week on September 6th, but is available for pre-purcahse today.

Other games hitting the Nintendo Switch later this year and early next year include some big titles such as Towerfall, Undertale, Bastion, Wasteland 2: Director's Cut, and more. In all, over twenty Nindie games have been announced. If you're a fan of indie games, you might want to get your eShop wallet prepped now. 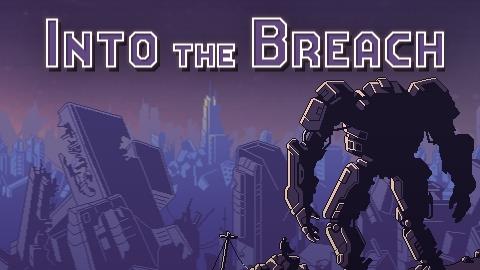 Featured Indie Games Include Into the Breach, Hyper Light Drifter – Special Edition and TowerFall, Among Others

REDMOND, Wash.--(BUSINESS WIRE)-- Over the next several months, Nintendo Switch will see its already deep game library grow even more with the release of a diverse lineup of games from independent developers. During a Nindies Showcase video presentation, Nintendo highlighted just a slice of this varied lineup of indie games, which includes indie hits like Into the Breach, Hyper Light Drifter – Special Edition and TowerFall, as well as first-time releases like Zarvot and Bullet Age.

The hit turn-based strategy game is headed to Nintendo Switch. In the stylish Into the Breach, players will suit up in powerful mechs and defend against the Vek infestation across randomly generated islands. Into the Breach is available for Nintendo Switch starting … TODAY! (Photo: Business Wire)

“The ever-growing community of talented independent developers sees the benefit of releasing creative games on the versatile Nintendo Switch, a system that can be played at home or on the go,” said Steve Singer, Vice President for Nintendo of America’s Publisher & Developer Relations team. “We are happy to support their work and contributions on our platform as we further grow our strong relationship.”

To view the Nindies Showcase video in its entirety, visit https://live.nintendo.com/. Highlights of the presentation include:

In addition to all these games, the Nindies Showcase video also detailed a new channel on the Nintendo Switch system that will entirely focus on indie games. Featuring updates and announcements about indie games, the Indie Channel is live starting today, and can be found by searching in “Find Channels” in the handy News app.

Additional indie games that are coming to Nintendo Switch this year include the following:

Remember that Nintendo Switch features parental controls that let adults manage the content their children can access. For more information about other features, visit https://www.nintendo.com/switch/.

About Nintendo: The worldwide pioneer in the creation of interactive entertainment, Nintendo Co., Ltd., of Kyoto, Japan, manufactures and markets hardware and software for its Nintendo Switch™ system and the Nintendo 3DS™ family of portable systems. Since 1983, when it launched the Nintendo Entertainment System™, Nintendo has sold more than 4.6 billion video games and more than 725 million hardware units globally, including Nintendo Switch and the Nintendo 3DS family of systems, as well as the Game Boy™, Game Boy Advance, Nintendo DS™ family of systems, Super NES™, Nintendo 64™, Nintendo GameCube™, Wii™ and Wii U™ systems. It has also created industry icons that have become well-known, household names, such as Mario, Donkey Kong, Metroid, Zelda and Pokémon. A wholly owned subsidiary, Nintendo of America Inc., based in Redmond, Wash., serves as headquarters for Nintendo’s operations in the Americas. For more information about Nintendo, please visit the company’s website at https://www.nintendo.com/.