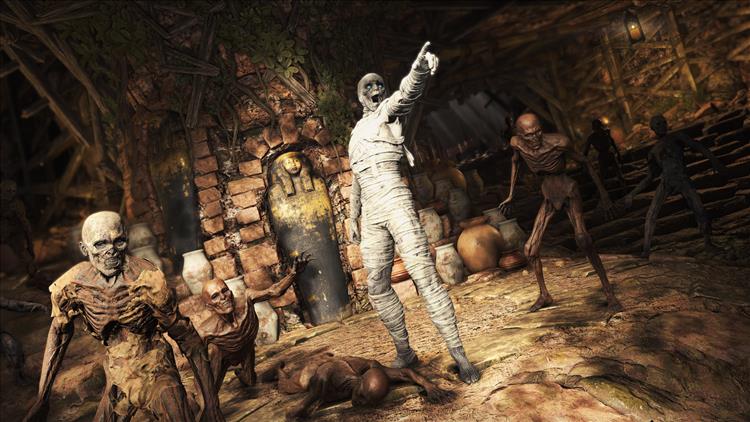 According to Psychology Today, kids attempt to gain competence, autonomy, and relatedness in video games because they're not getting those things in school. Mashable digs into the "often gross and rarely steamy" history of sex in video games. And aviation instructors, pilots, and safety experts aren't ruling out the possibility that the airline ground agent that stole a Horizon Air plane—and died crashing it into Washington's Puget Sound—might've learned how to fly from video games.

Sean Colleli
I'm doing my final tests on the MyCharge PowerGame battery pack, which means a lot more quality time with my Switch. I'll be putting the battery through its paces with Zelda: Breath of the Wild, Doom, Skyrim and a handful of indie games. So far the performance is impressive. I'll probably get some Skyward Sword in as well, which after getting past the tedious tutorial, is better than I remembered.

Kinsey Danzis
The semester has begun, and with it my job helping teach a class about the relationship between history and video games that seek to portray history, in their many forms. This means aside from product reviews, it's going to be a throwback couple of months for me. First up is Assassin's Creed Origins, where I'm going to both demonstrate gameplay and take them on some historical tours with the Discovery mode. Next on the roster is the Tomb Raider franchise which I'll admit that I lobbied very hard for when talking about archaeology and recovery of lost pasts, because the class is not only about analyzing accurate portrayals but also inaccurate ones—and while Tomb Raider has its many moments, we can all agree that what Lara Croft does is not archaeology. That'll take up at least the next four weeks for me, and after that we have some more lined up, but I'm especially looking forward to diving back into Tomb Raider (both the first and second reboots) and looking at it with a more historically critical eye.

Dave Gamble
Well, it's still Far Cry 5, but I finally got tired of the Arcade. I preferred the bite-size missions over the long, drawn out, and frankly, a bit boring missions in the main campaign, but I started to really miss the richness of the total Far Cry 5 world. The transition back to the main game was made easy by the big stack of money and the amassing of a goodly amount of perk points I built up in the Arcade—it was just enough to buy the weapons I had become accustomed to, and to perk up in the areas that would allow me to carry more stuff. I also made sure I picked the right perks to support my new Far Cry career which I have taken to calling "Adventure Fishing/Hunting Guide." Armed with a compound bow and a fishing rod, I started fishing and hunting. Once I got tired of catching only rainbow trout, I started moving around the map looking for other types of fish. I soon learned to pack a good rifle to take along too. As it turns out, even though an Adventure Fishing/Hunting Guide is not interested in the Far Cry 5 storyline, the Far Cry 5 storyline has a deep and abiding interest in the Adventure Fishing/Hunting Guide. I got yanked into missions that I would have preferred to avoid, but that's the world I temporarily live in. It is truly a dangerous world out there.

And that is where the "Adventure" in Fishing/Hunting Guide comes from. A second lesson that I learned is that I really just needed to take the loss and let that fish off the line when bad people took notice of me - I saved the fish, but lost my life. While I wasn't seeking out fire fights with lunatics ("FFWL" in the lingo), there was often no way to avoid them, especially when travelling to/from lakes and rivers. There was plenty of adventure to be had, whether I wanted it or not. Luckily, the Arcade also taught me a lot about fighting hordes of not-too-bright AI. It was not a panacea, though, because it seems like the FC5 devs that built the game map were a little (and in some cases, a lot) better at making smart-ish AI troops and lunatics than the Arcade map builders.

This problem of slightly more dangerous AI was mitigated to a large degree by the purchase of an armed helicopter which made it much easier to move safely around the map, but also presented me with the almost irresistible ability to liberate outposts from the air. And by "almost  irresistible" I mean "impossible to stop doing."

Alas, after a full week of doing nothing else, even my career as an Adventure Fishing/Hunting Guide is showing signs of wearing thin; you know you may have been at it too long when you find yourself testing the feasibility of hunting Bison with mortars.

In case you're wondering, it can be done, but often times there isn't enough of the Bison left to get a salable skin. That doesn't make it any less fun, of course, but it tends to feel like Bison genocide and, well, we did far too much of that in the 19th century.

Eric Hauter
I am currently playing a couple of fun games for review.

Monster Hunter Generations Ultimate, on Switch next week, is sure to start a lot of conversations (read: furious debate) as to whether or not it feels like taking a giant step backwards from Monster Hunter World. The alternate viewpoint would be that Generations Ultimate is the heroin that has been enabled by the smooth tasting gateway drug that is World. Without giving away too much of my review, I can say that playing Ultimate with World under my belt has allowed me to understand Monster Hunter's complex systems much more quickly and easily. However, there are some frustrations that carry over from the 3DS experience that might cause some World fans to balk. Either way, one certainly can't complain at the quantity of content in Generations Ultimate. There is no way on God's green Earth that I will have completed this entire game in time for review. We're just all going to have to be okay with that.

I am also spending a bit of time spamming monsters of a different sort in Strange Brigade on PS4. This much anticipated title is absolutely living up to my expectations so far, but I need to dig a little deeper before I am able to make a final call on it. We have had out of town guest for a couple of weeks at my place, so I'm chomping at the bit for the house to clear out so I can spend some quality time exploding zombies.

Randy Kalista
I should create a howlongtobeat.com account and just start skewing all the metrics. I pull up the the site's Kingdom Come: Deliverance page, look at its 67-hour completion time, and slowly shake my head. Even the completionist hours that others have clocked—meaning they've wrapped the main story, side quests, and all the fiddly bits—has players tapping out around 100 hours. Big game. Long time to finish. But me? I'll be hitting 150 hours any minute now and I'm 100% certain I'm only 50% finished. How do you do it, you ask? How can someone be so impossibly slow at video games? Well, all I can say is that living, learning, and lounging around 15th century medieval Europe is a singular experience, and one that I've enjoyed milking. Every once in a while I find a game that's a slow burn, and I just go ahead and let it burn slow. Also, my dude's armor is finally looking pretty dope. You'd be amazed how dorky real-life armor was.

I've got its From the Ashes DLC in full swing now. Rebuilding the ruined, repurposed, then abandoned hamlet of Pribyslavitz is neat. In one sense, the granular progression is impressive. You're scouting the boundaries, bringing in refugees to live and work there, deciding what gets built and when, and funding the entire process out of your own pocket. On the other hand, I would've loved even more granularity. I'd appreciated seeing foundations established, frameworks go up, and finishing touches added later. Instead, it's a fade-to-black screen that says, "A few days later," then the lights come back on and the building is a done deal. Either way, I'm sure this DLC should only take a regular player 10 or 12 hours to beat...but you know me.