Just 20 days ago, Frogwares released a trailer for The Sinking City that I declared to be "my new favorite thing ever".

Today, Frogwares released a new trailer, which is even more impressive than the previous trailer. This leads me to an existential crisis. If the original trailer is my favorite thing ever, and I like the new trailer even more, have I stepped outside of the bounds of space and time? Is this new trailer a gateway to the abyss, where the old gods wait patiently for wayward souls? Have I watched this trailer too many times?

Frogwares' is the company behind the quietly popular Sherlock Holmes games. They have clearly flipped the script this time and have gone all in on an original cosmic horror story. The trailers that have been released reveal an attention to mood and setting that really flesh out the universe. Collectively, these trailers have me deeply excited for this game.

This time, in addition to the tentacles laced trailer (squeee!), they also dropped this nugget of Lovecraftian prose.

Excerpt from a witness statement dating from August 21, 1932, obtained in Providence by H.P. Lovecraft as part of "The Sinking City" case file:

"Before we go any further, allow me to tell you about Charles Winfield Reed. When I met him, he had just arrived at our hospital after having been found, alone and as-if possessed, on a desert island, lost in the middle of the ocean. He was a veteran of the First World War, and had been a crewmember on the USS Cyclops. I never found out exactly what happened, but he was the only survivor of a catastrophe he recounted as being "supernatural", and which cost the lives of every other crewmember […]

He was here for quite some time before he could convince the staff that he was better and could be released. I never believed it: he was haunted by nightmarish, cycloptic visions that he couldn't make sense of. But in his heart they begat an unreasoning fear and frightening disquiet, driving him inevitably deeper and deeper into madness. Who knows what his tortured soul had seen and forgotten… He seemed incurably drawn to Oakmont, a small village in Massachusetts in New England, where he felt he "must go". I believe that's why he did whatever he had to in order to leave.

Once flourishing and industrial, Oakmont was devastated by a vast flood which submerged half the town, and led to cases of mass hysteria. According to local inhabitants, the ocean exerted some sort of evil and perverse influence. Is he to be believed? And yet, Oakmont is now a lost town, partly underwater, enveloped in shadows, where madness mingles with despair. This is the location where Charles Winfield Reed hoped to find answers to his questions. By searching every corner and every quarter – residential, commercial, industrial, rich, poor – he believed he'd be able to rip loose the veil hiding his lost memories, and bring to light the "horrors hiding inside, biding their time to submerge the world". At least, that's how he saw things […] If you want to know more, you'll have to check the archives, here or there. But I haven't any idea what happened to him after he left… If you ever happen across him, I'd be very interested in hearing the rest of the story… Could you do that for me?"

I took this bit of writing to be Frogwares saying to Lovecraft fans "Don't worry. We get it." After this trailer, I am fully convinced.

The Sinking City is set for release on March 21st 2019 on PC, PlayStation®4 and Xbox One. 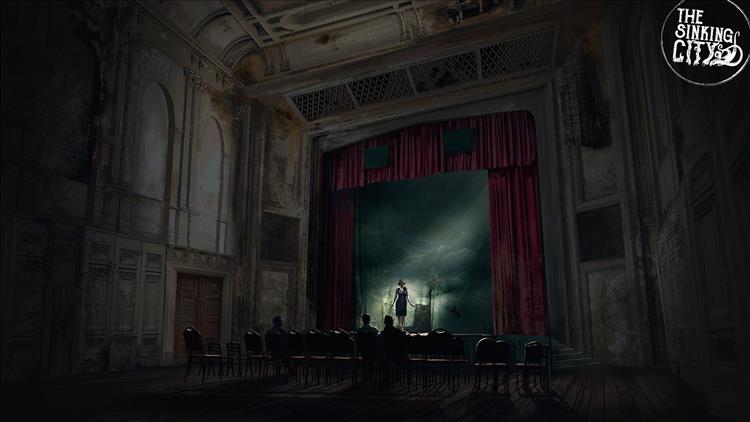