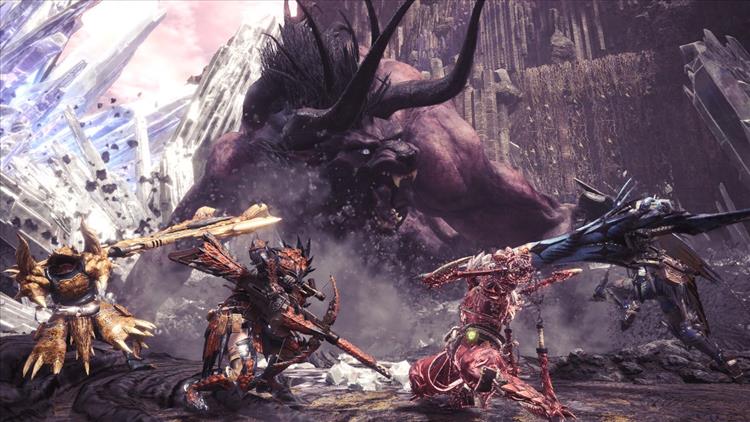 Germany is lifting—in certain cases—a ban on Nazi imagery that, for video games, started with Wolfenstein. Here's to hoping Red Dead Redemption 2 packs the emotional depth of its predecessor, but also reflects our troubled times. And Bethesda's lawyers argue that, no matter the condition, you can't buy a game and resell it as "new"; it's now used or pre-owned.

Zachary Atwood
I'm gearing up for a move to a different apartment, so my time is pretty limited this week. In any downtime I get, I'll be continuing my Monster Hunter: World playthrough as I write my review. Should I manage to wrap up the main story of that game, I'm eagerly awaiting the opportunity to dive headfirst into Graveyard Keeper. I've been waiting for what feels like forever for this game, and don't want to wait any longer for some relaxing Stardew-esque gameplay to keep me occupied.

Sean Colleli
I'm sorry Randy, but I'm rapidly hitting the point of diminishing returns with No Man's Sky. I've put 15 hours into the Next update but I'm burning out much faster than before, and I think it's because the game's two biggest bugbears, economy and inventory management, which go hand in hand and produce a bunch of grind. Getting anywhere in No Man's Sky still takes hours of inane busywork. Hunting for random blueprint drops in scarce manufacturing plants, so I can work my way up the agonizingly slow and convoluted crafting tree, just so I have the ability to make trade goods that sell for a decent amount, which I must grind out and then refine raw materials to produce. All of this is so I can accrue the ludicrous quantities of Spaceballs space bucks to buy a slightly bigger ship, spacesuit or freighter to mitigate the cripplingly small inventory system that is still back-asswards two years after release. And this is if the numerous game-breaking bugs don't get in the way and everything works as it should. I'm not ashamed to say that I'm back to save-scumming and resorting to a duplication glitch that gives me an infinite supply of expensive goods and materials, but even that turns into a grind...just a slightly more profitable one than playing the game "the right way." It makes me wonder if Hello Games playtested this thing at all. They upend the entire universe, crafting system and materials set every time they release a huge update, but the same old problems persist. Sadly, my original opinion still stands: a more experienced studio needs to take No Man's Sky away from Hello Games, give it a long hard look with unbiased eyes, and perform a serious overhaul on its systems and gameplay loops. I've wanted to love No Man's Sky for a long, long time, but even after two years of free updates, fixes and incremental improvements, it's still mostly a mess. At this point I'll probably just go back to Minecraft.

Eric Hauter
I am overwhelmed with family activities this week, so I've had to reign in my game play to 10 minutes a day on Fallout Shelter. I'm currently attempting to build an army of 12 vault dwellers with perfect stats and Power Armor to send out on quests. I've also been building the Dragon's Maw (a very high powered weapon) for everyone. It's slow going, but I'll get there.

I've also been playing a bit of Phantom Doctrine, the new Cold War spy thriller that launched on Tuesday. While I am not deep enough into the game to offer a review, I can say that the combat is tense and complex. There are also systems, buried in systems, wrapped in systems. This is one complex puppy, with a lot of UI to wrap your head around. Phantom Doctrine is one of those games where I constantly feel like I'm doing something wrong or missing something, and the more I progress, the stronger that feeling gets. It is not a bad game, by any means. It's just...complicated.

Randy Kalista
I've finally returned to Kingdom Come: Deliverance for real. Time to do a DIY rebuild of the overgrown ruins of Pribyslavitz in the From the Ashes DLC. I enjoyed the darkly tinted showdown with Henry's arch-nemesis in vanilla Kingdom Come—the guy that'd killed Henry's mom, dad, fiancee, burned the rest of the town, and then (then!) stole Henry's sword? Yeah, that guy. That guy's a jerk. It took some time and training and personal growth to get there, but Henry eventually smashed homeboy's face into a bloody pulp on a church floor until dude died. To Henry's credit, he threw up after doing that.

I was hoping the VRidge phone VR software would spark an Elite Dangerous renaissance in my gaming schedule, but it hasn't. Which is a bummer. My phone doesn't have the hutzpah to make Elite fully playable, and there's just nothing to be done about that. While the concept of turning my smartphone into a very limited HTC Vive is great, my review can only serve as a gentle but cautionary tale of overestimating the capabilities of low-end smartphones. VRidge is good, but not that good.