The Exorcist VR finalizes its infestation with the release of Chapter 5: The Tomb on Oculus and Steam

I’ve been enjoying The Exorcist: Legion VR quite a bit, and I’m dying to play the last couple of installments in the five-episode series. Unfortunately, as a PS VR player, I to wait a little longer. But PC VR players can experience the ending to the terrifying series right now, with the release of Chapter 5: The Tomb on Steam and Oculus.

The Exorcist: Legion VR is based on the third film in the Exorcist series. The series follows a Boston detective as he seeks to unravel a mystery that takes him over the line into the world of the supernatural. Each of the loosely connected episodes is a self-contained vignette, with its own setting and story-line. The fourth and fifth episodes entirely leave the U.S, taking place in Haiti and Mesopotamia, respectively.

The official description of the final episode offers little hint of what takes place, beyond the setting. “You have been summoned to the final chapter... and there is no turning back. In this tense climax, your journey takes you deep into the mountains of Upper Mesopotamia where one last confrontation will put everything that you have learned to the test.” Not a lot to go on there.

I got a great deal of fun out of the first three episodes (see my review here), so I’m excited to see how this series closes out. No release date yet for PS VR, but I will be sure to follow up when one is announced. 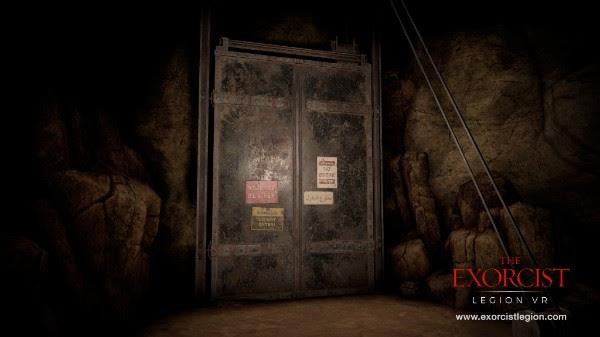