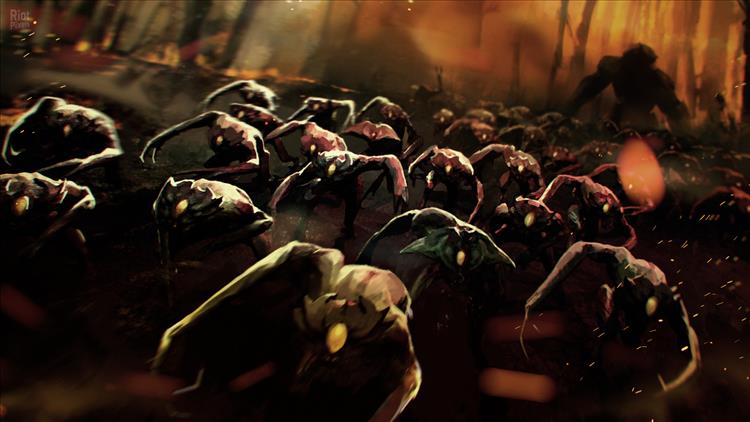 After seven years (and helping launch Polygon in the meantime), Russ Pitts returns to The Escapist Magazine as Editor-in-Chief to restore its cultural relevance. You can thank the Nintendo Switch for reigniting Japan's decade-old console slump. And Todd Hoffman, star of Discovery's Gold Rush reality series, is awarding $2,500 in actual gold each week as a prize in the Planet Gold Rush mobile game.

Russell Archey
I'll be playing Convention Center Simulator: Real Life Edition as I run around GenCon this weekend. That basically means my video gaming will be kind of scarce but I'll be scouring the exhibit hall for anything related to video games. Plus I'm checking out Catan VR on Sunday so that should be interesting.

Sean Colleli
Breath of the Wild was my fiancee's first Zelda game, and now she's curious to see more, so I figured why not start at the very beginning of the story with Skyward Sword? And oh my God I forgot just how tedious and handholdy that game is. You can't walk five feet in the early game without running up against a damn tutorial or a needlessly long cutscene. It's weird because I don't remember the game being this annoying when I first played it seven years ago, but now it's like, "Oh please get this cutscene over with so I can find a statue and save, I'm so tired and I need to go to bed." People say Twilight Princess's opening hour is slow, but at least the story is interesting and the tutorial is fun to play. In any case, Skyward is almost violently different than the emergent, organic systems of Breath of the Wild.

I might also dip into some No Man's Sky if I can find the time. It's still slow and grindy and that's kind of irritating, but at least the systems feel more natural, there's more guidance built into the vastness of space, and there's usually something fun to do if you get bored with mining and want to switch gears.

Dave Gamble
It is quite literally impossible to return from the annual massive fly-in known as Oshkosh without a desperate urge to fly. While my personal ride is grounded due to a propeller issue, I still have DCS to fall back on. The only remaining question is, "What should I fly?" The answer to that was provided when I was invited out to our local airport to visit with the son of a friend as he flew out in his taxpayer-provided T-38 Talon supersonic trainer. I remember giving him a plane ride in my previous plane, which just happened to be approved for aerobatics. "Show me what you got!" he said. So I did. It wasn't much. He was in ROTC at the time, but is now a captain in the USAF and is training in the T-38 as the first step in transitioning to the B-2 stealth bomber. The T-38 is a follow-on from the Northrop F-5 Freedom Fighter, and the airframes and flying qualities are very similar. Having utterly failed at landing the DCS F-5 on my first gazillion attempts, I picked his brain for some tips on making landings. As of this morning, I now have exactly one successful (albeit a little rough around the edges) landing in the F-5, and some review notes provided from his assessment of the recording. Progress!

Once I manage to tear myself away from fine-tuning my landings, or at least surviving one or two more, I'm going to jump into a PvP multiplayer Mech game that I will be reviewing. I don't normally like PvP but I will be playing against my son-in-law this time, which will serve only to ramp up my normal dread of humiliating loss to new heights. Not only do I expect to get thrashed and trashed early and often, I am almost certain that I will never hear the end of it. I am already envisioning our next Thanksgiving dinner—more specifically, that most irritating of traditions wherein we all get to tell the extended family what we're most thankful for this year. His near-certain response: "I am thankful to have had the opportunity to tear through whatever remains of Dave's tissue-thin veneer of self-worth whilst receiving nothing more than a scratch on my little toe."

"Ah, the Millennials: Can't live with 'em...and I am pretty much done with that sentence," said the bitter old man.

Eric Hauter
I was crazy excited last weekend when I went on an epic run on the Time Machine table in Zaccaria Pinball on Switch, and placed 73rd on the leaderboards out of 12,000. I love pinball, but I am no good at it. However, every now and then the fates throw me a bone and I am able to trance out and keep things afloat long enough to get a decent score.

I also went insane and bought the Destiny 2 deal on PS4 that comes with the first two DLCs. I have no time to play Destiny 2, but I could not resist the price point ($19.79!). Having just beaten Wolfenstein II by running around and punching dudes, I was immediately inclined to try to play Destiny the same way, much to the bemusement of my son. "You can't punch guys in Destiny, they will kill you," he told me at least 12 times. This did not dissuade me from running headlong into crowds of dudes and punching as many of them to death as possible before repeatedly being gunned down in a blaze of glorious pugilism. It is especially fun to punch them and then yell, "Destiny, fool!" Try it, I guarantee you will like it.

Randy Kalista
Another week, another promise to get into the Kingdom Come: Deliverance – From the Ashes DLC. Don't get me wrong, I'd love me some more 15th century Bohemian historical realism, but then this other game came along called No Man's Sky with its NEXT Update. It's taken two years (years!) but No Man's Sky has proven to be the little procedural engine that could. It's recaptured my interest, my imagination, and my grind. Frankly, I dislike the added layers of Minecraft-ian complexity, but the explorer in me is willing to grin and bear it so that I can reach for that next horizon. Survival sims make sense to me when all I'm doing is tying a stick to a rock in order to make a hammer. I can wrap my around all that. But when I have to get Ferrite Dust and Oxygen to make Antimatter Housing for my combined Chromatic Metal and Condensed Carbon just so I can make a Warp Cell that will finally take me one solar system away? Man, you're killing me. Again, I understand sticks and rocks. I don't understand any of the words in that Warp Cell recipe. But like I said, I'm willing to suffer through stuff like that so I can keep my '70s Sci-Fi Book Cover Wallpaper Maker properly fueled.

Kevin O’Connell
My week has been a rather hectic one with school viewings for my 16-year-old, car buying, and PT, but just the same I have been undertaking some comparative game playing for my upcoming review. I've been playing Fortnite, Overwatch, Killing Floor 2, and Earthfall to get a final look at the similarities and differences. Fortnite is probably the most frustrating game I've ever played. I am a veteran of FPS games and yet am owned waaaay too often in this simple-as-heck game. Overwatch is much more forgiving as you are not relying on one life to live before returning to the "loser screen of loading." It is, however, easier to find that certain character that allows you to get kill after kill by using their "trick" maneuver. Killing Floor 2 is just plain destruction. There is no purpose but to kill everything you can, tally the highest body count, claim the most cash, and get better weapons for more mass killing. Have to admit—for online multiplayer FPS action, Killing Floor 2 is still my go to game.

Honestly, I think my next game may be the original Borderlands. All the multiplayer FPS that I've been playing lately has me hankerin' for a really good FPS...and I haven't played it in a long time!