Mutant Football League is getting a new set of pads for Switch release.

This past February I was able to review Mutant Football League, and Dave Gamble did the review for PC in November of 2017 and we both concluded the same thing: it was a heck of a football game. We both had some little dislikes about it (profanity, and lousy team name designations), but overall we agreed you won't find much better on the gridiron currently. Until now.

Mutant Football League is getting a major bump with the release of "Dynasty Edition". It is being released for Switch but is also coming to XBox One and PS4. The DLC includes: 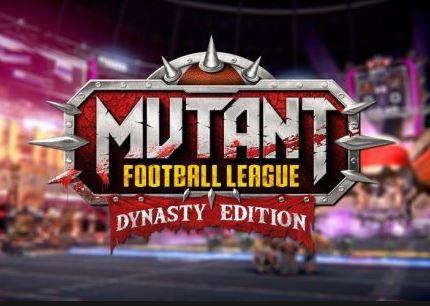