Faction Rally is back (so soon? it's only been a week since the last one?) but the real news from This Week at Bungie (TWaB) is an eye towards the future for Destiny 2. And no, I'm not talking about the major expansion, Forsaken, I'm talking the summer events that are going to get us over the line to the Forsaken release.

TWaB talks about the highlights of E3, the upcoming summer events (details in the infographic below), some crucible features and a bit of tweaking to Valor and Glory rankings, and Prestige difficulty coming to both Raid Lairs from the DLCs. It's in that last bit where the nice meaty bit of news is buried. You see Forsaken is raising the light cap from it's current max of 380 to 600 (wait... 600? Is that even right... Holy moly it really is 600?!), but players can actually get a jump on that race to the top by collecting 400 level armor from the Summer Solstice event and 400 level weapons from the Prestige Raid Lairs.

Lastly there is a bit of Q&A around the Collections feature coming with Forsaken, but the long and short of it is, just about anything in your inventory from the release of Warmind on you will be able to retrieve from a collection somewhere for an associated amount of currency, be it glimmer or bright dust or pretty much whatever it breaks down into. 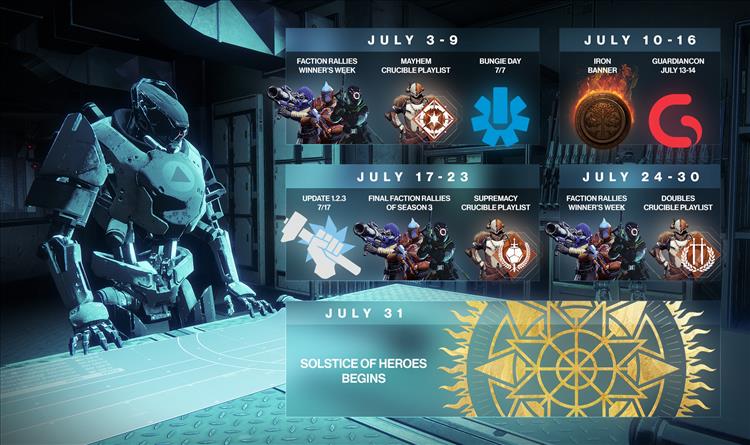