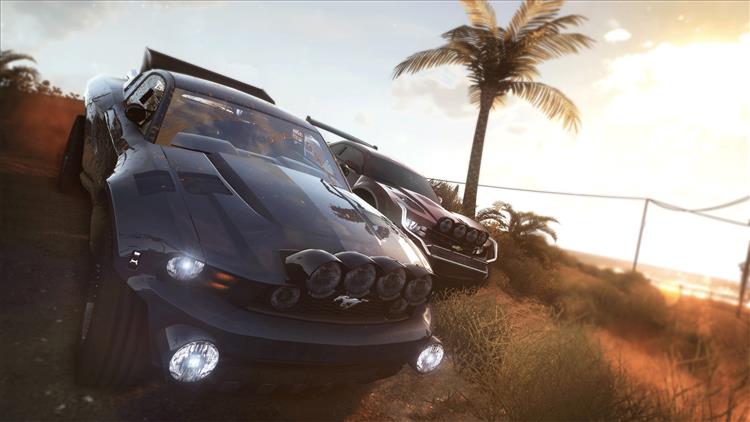 Game companies are reflecting Trump's America—they just aren't talking about it. Active Shooter is kicked off Steam and Indiegogo, and now the developer's PayPal account has been shut down. And these students are re-creating an abandoned Kentucky coal town in a video game.

Zachary Atwood
I'm still focusing heavily on my Witcher 3 playthrough, which is already sucking up all my time. Behind that, I've spent some time on Fortnite with the buds, and I still keep getting drawn back into Bus Simulator 2018. It's just so relaxing, and the little bit of economy and company management gives it enough variety to keep me interested. If I can muscle through the rest of The Witcher 3 this weekend, I'll move on to the next game in my backlog: Assassin's Creed Origins. I've been looking forward to diving into this game for a while and am itching to start it.

Kinsey Danzis
In between working on my review for Dream Alone, I'm doing some completion work in Super Mario Odyssey. After finally nailing the secret Bound Bowl (that had no business being that hard, by the way) and crushing Culmina Crater, I'm now back in all the early kingdoms filling in the moons that I missed. In my mission to not look up a single thing that I hadn't already figured out, I recruited my fiancee to look up difficult bits for me and give me infuriatingly vague hints so I could still technically figure it out. I'm well on my way to finishing: over 800 moons (some purchased, admittedly) in the bag!

Dave Gamble
I've finally gotten all of my unimportant distractions out of the way so I can get back to the important stuff, such as sorting though all of me Steam Sale purchases to decide what to play first, and to pick out a couple of "short session" games for those moments when moments are all I have. The number one was surprisingly not VR—I jumped into Far Cry 5. As is my wont, I am playing in the easiest mode. I have died twice. On was my own fault, while the other was far more noble: I was trying to save my dog's life. I wonder if he misses me...

Just as I was thinking that I might be able to play through all of the new games in time for next year's sale, I discovered that DCS was also having a sale and that the DCS AV-8B Harrier was 50% off. I've wanted that one for a very long time. Being a VTOL plane, it's very much a best of both worlds deal: vertical takeoff and landing, like the Huey, but loaded for bear like the A-10C while being a whole lot faster than the Huey. Nothing, not even the F-18 (which is now back-burnered for the foreseeable), comes close.

Eric Hauter
During some down time between reviews, I have been having a good time messing around with some cool titles just for fun.

I've been digging back into Fallout Shelter, this time on the Switch. Instead of expanding my shelter as quickly as possible, I have been going slow and easy, making certain that I always have my basic needs pinned at the maximum level. My shelter is small, but strong and well-armed. I have progressed far enough to have individual training rooms for each of the SPECIAL traits, and I am now busily constructing a team of superheroes that I will send out into the waste to dominate on quests.

I have also stolen a copy of Mario + Rabbids Kingdom Battle from my son. I am finding the game surprisingly challenging. For a title that looks and feels like it was designed for kids, Mario + Rabbids is surely keeping me on my toes. Maybe kids are just smarter than me.

Randy Kalista
My wallet may suffer a few more casualties before the Steam Summer Sale is over. But for now I'm busy flagellating myself in my Darkest Dungeon. I wish flagellate and flatulate weren't homonyms. Makes it sound like I'm farting in the church rather than whipping my back for penance. This is getting weird. Moving on.

Kevin O’Connell
Going to be doing some lengthy gaming this week before my summer vacation to Virginia. To start with, I have just been given the "keys" to The Crew 2 and am going to be diving headlong into it asap. I've kept a close eye on this one for months and with all of the trailers and articles, is giving me goosebumps.

I've just finished my review of Yet Another Zombie Defense HD—a remaster of the original from 2014—and find it to be a game that left me wanting. It is playable,but loses its novelty in about 25 minutes and it never comes back.