Sony allows cross-platform play when it works to their benefit

With all of the recent uproar swirling around Sony and the fact that they do not allow cross-platform play for Fortnite players, it occurred to me that the mainstream gaming community has been overlooking one important fact:

Sony absolutely allows cross-platform play when it stands to benefit them.

When Fortnite was recently released on Nintendo Switch, angry players quickly noticed that their Epic accounts that house their in-app purchases were tied to PlayStation. Player that own more than one system were unable to carry over any in-game purchases to the Switch version of the game, instead being forced to create new and separate Epic accounts for the new platform. This started a snowball of resentment rolling down the gaming hill, with players wondering why they can’t play games like Fortnite, Rocket League and Minecraft with their friends on other systems. Microsoft and Nintendo delightedly threw gasoline on the fire, releasing a series of advertisements demonstrating how players on their systems could play with each other, with Sony owners being left as the odd men out. More and more, the prevailing mood has been shifting against Sony, with players wondering why the company steadfastly refuses to open up their servers and allow players to have fun with friends on other systems.

But the simple fact is, Sony does allow cross-platform play, just not within the confines of these uber-popular games. PlayStation VR games are an entirely different story.

Since Sony is still working to promote and build their VR accessory/system, they are steadily allowing companies like Ubisoft to develop and release games that can be played with players on Oculus Rift and HTC Vive. Due to the smaller install base of PS VR, that makes a lot of sense. The games that allow cross-platform play develop enough of a community to thrive, with players being able to just jump online and find a game between PlayStation and PC gamers. But multiplayer games that are restricted to Sony’s system (like my beloved Korix and StarBlood Arena) become barren wastelands, with players having to find each other outside of the confines of the game in order to set up specific play sessions. I have resorted to buying multiple copies of some of these games and gifting them to people, just so I can find someone to play with.

Due to this dynamic, it only makes sense that Sony would allow (even encourage) developers to implement cross-platform play. Multi-player games live or die by the number of engaged fans, and when you have a lower install number like PS VR does, logic dictates that Sony should allow as many players to participate in new releases as possible in hopes of creating a community around these games.

Take a look at this list of games that are cross-platform via PS VR:

It is only when games are popular enough that Sony can sustain a community within the PlayStation ecosphere that they implement their draconian “No playing with other systems!” policies.

I am a Sony fan, through and through. I am still a Vita supporter. I bought a PS VR on day one. My PS3 is still hooked up to my main TV. I read the blog, I listen to the podcast. But I also own a Switch, and I have several Xbox 360s, so let’s call it like it is. Sony’s policy is a bunch of hypocritical nonsense, and not only should it change, but it WILL change. Changing a policy this core to a giant company’s long-term strategy is not easy. A lot of corporate wheels need to turn. But eventually, they will turn this titanic, if only to avoid the iceberg of mainstream gamer’s scorn.

In the meantime, maybe consider picking up a PS VR and Star Trek: Bridge Crew. We’re all over here having a good old time with our PC friends. 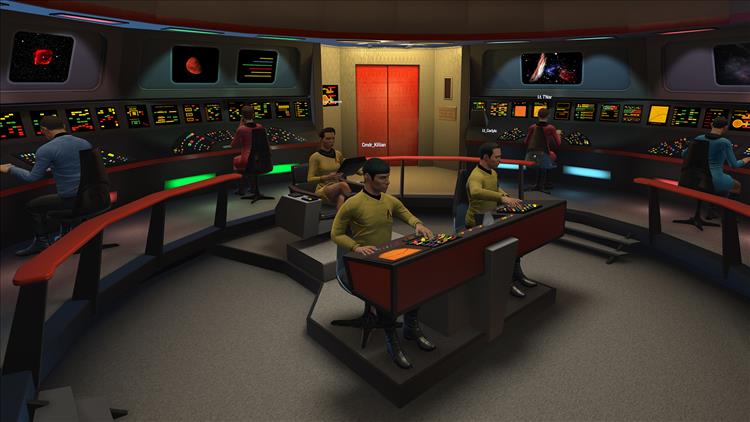