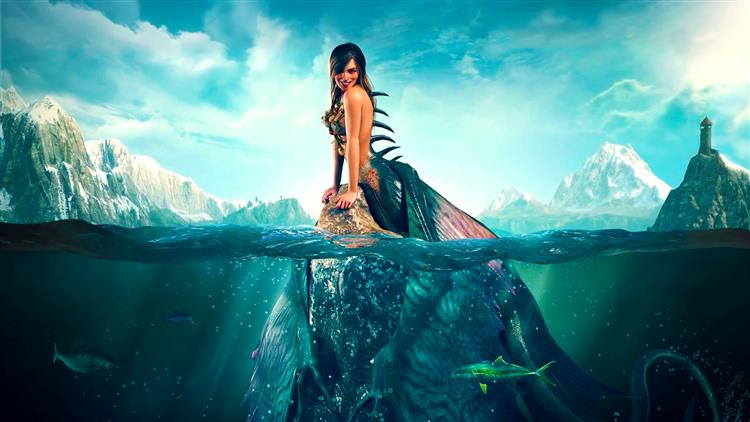 Zachary Atwood
After E3, Cyberpunk 2077 hype has me diving back into The Witcher 3 and just soaking in everything that game has to offer. The Division will probably pull me back in this weekend with the offer of shields to grind for in preparation for The Division 2. I'm also trying to squeeze in time to finish the Moonlighter story, but that might get backlogged as I'll be spending a decent amount of time playing and relaxing with Bus Simulator 2018 for my review. In the wake of E3, I'm actively stressing myself out as by backlog continues to grow with games I need to play or finish before their successors' release in the next year.

Sean Colleli
Now that my Retropie is rebuilt (mostly) I'll be checking out Metal Gear Solid: Ghost Babel for the Game Boy Color. Everyone I've asked has said it's an unsung classic and an astonishing achievement on such limited hardware. I also got my brother Super Mario Odyssey for his birthday, so I might fire up my copy to hunt down some more elusive power moons.

Kinsey Danzis
My fiancee got on a pirate kick recently, so it's Sea of Thieves for us both. We've been roaming around the seas in our terrible little sloop, affectionately named the Bucket, and digging up chests for the Gold Hoarders. During the evenings we both have off from work, our living room is filled with pirate voices, pirate jokes, and pirate names. I will say that since the release hype has long petered out, it's a much more pleasant experience, since I'm more in the mood for exploring/treasure hunting/sailing with my fiancee than I am hardcore PvP.

In other news, I've just received some hardware from HyperX to review, and I've got a horror 2D platformer on the table called Dream Alone as well, so expect word about those within a few weeks!

Dave Gamble
It’s one of those weeks when gaming takes a seat way in the back of the room, although rainy days are in the forecast so I might be able to fit some sessions in. If so, it’s back the the amazing DCS F-18. It’s in DCS’s version of early access and therefore is not fully completed, but even with only a portion of the technology available it is still the most complex study-level military flight sim I’ve ever encountered. It’s fascinating stuff indeed. Much of its complexity is hidden by 1980’s era human interfaces, which makes it all more approachable for low time pilots, but the vast amount that there is to learn is still daunting. All of which is moot, of course, because I still can’t get the thing safely landed on the aircraft carrier. Challenging indeed!

Eric Hauter
While I try to wrap my roller-coaster-like feelings about Conan Exiles into a final review, I have been spending some hours playing around with Sky Noon, a new Early Access title that can best be described as "3-D Smash Bros. with Cowboys."  I'll be getting a preview put together in the next week or so, but spoiler alert: it's really fun.

I have also been playing Star Wars Battlefront II a ridiculous amount. Now that EA was forced to eat crow and just unlock everything for everyone, this game is an amazing good time. The production values are stellar, and each mode feels like it would have been its own standalone title just a generation or two ago. I don't engage with FPS games very much, so I'm not used to getting so much content in one package. Is this what buying a Call of Duty title is like? What a value!

Charles Husemann
I've gotten a bit hooked on Call of Duty: WWII's new Infected mode lately. The game starts with 12 players who are armed with a shotgun, sub-machine gun, a gas grenade and two mines. After 15 seconds, one of the players is randomly turned into a zombie and must infect the other players by killing them with an axe. Each converted player then works together to convert the rest of the players. It's a ton of fun and most of the levels in the game work surprisingly well for this new mode.

With all of the noise around Cyberpunk 2077 at E3 last week I've decided to start a replay of The Witcher 3.  It's amazing how far the game has come since I last played it two years ago, and I'm digging the improved graphics from playing on a PS4 Pro.

Randy Kalista
I'm working on a spoiler-free preview of The Banner Saga 3, conclusion to the best Viking Oregon Trail Apocalypse series ever made. I'm apprehensive about this trilogy coming to a close, but simultaneously anxious to see what Stoic Studio does next. They're occupying a top spot on my Most Anticipated list for next year's E3.

Also, since I'm an idiot and didn't visit How Long to Beat before I clicked the buy button, I'm now the proud owner of Horizon Zero Dawn - Complete Edition. That's 80+ completionist hours I need to find laying around somewhere. But my daughter has been stoked about Aloy since her E3 2015 debut. Wow, my kid was only five back then.

Rob Larkin
Destiny 2 is fully back in the rotation. I’ll do my weeklies for the rewards and probably hop in a raid but I’ll be concentrating a little more on God of War this weekend. I’m also aiming to immerse myself in the Vive titles that have been sitting in my Steam Library just waiting for a nice weekend with no responsibilities. And that weekend is this one. So, Space Pirate Trainer and Fallout 4 VR should find themselves on the menu as well.

Nicholas Leon
My stats say that I have played 28 hours and 25 minutes of Fallout Shelter since June 12 (and I'm writing this on June 19), and I don't see myself stopping except for exercise and other work/family/book reading duties—in other words, fitting it into an agreeable time slot.

I usually have one or two games a season that I play habitually until I beat it, and it looks like Fallout Shelter is the one. As I've said before, I'm really surprised that I'm so into a mobile title.

But in other gaming news, Unravel 2 made me cry a little bit, and that's a good thing.

Kevin O’Connell
Well, I just finished my review for Jurassic World: Revolution and can say that I do not endorse this park. I really had a hard time squeezing in enough hours to get the full perspective due to how boring, tedious and annoying the game was. I can't even come up with a good reason for the name itself as there is no evolution use, mention, or anything in the game. It needs to be dropped by a fat, scheming computer tech and lost in the muck forever. See the full review on GN towards the end of the month.

In lighter news, I have finished South Park: the Fractured But Whole and am ready to go through again. It has a ton more replay value than the first game and just enough differing paths to make a second run worth while. A review will be posted on GN soon.

Lastly, I will be starting Yet Another Zombie Defense HD and think it will be as fun as it looks. As a top-down shooter with a team-up multiplayer setup, the game should be a hoot. More to follow in the coming week.