Last week, Epic Games announced at E3 2018 that Fortnite would be expanding its platform presence to include the Nintendo Switch. An important detail in this expansion is that the Nintendo Switch version of Fortnite would have in-game chat available to players. This is a fantastic feature, particularly on the Switch, where players would otherwise have to use Nintendo's mobile-app based chat.

Turtle Beach, a provider of headset and audio accessories, has announced that "it now offers 25 headsets in its current product lineup (not including prior legacy models) that are fully compatible with Fortnite’s in-game chat system on Switch." Even more importantly, those 25 headsets offer a mix of wired and wireless options, so players should have options available to them no matter how they choose to play.

Overall, I think this is a great move for Turtle Beach. They've seen a great deal of success from the rising popularity of the battle royale genre, and the strong balance of quality and affordability their headsets strike should be enticing to Fortnite players on the Switch looking to pick up a headset to improve their game. 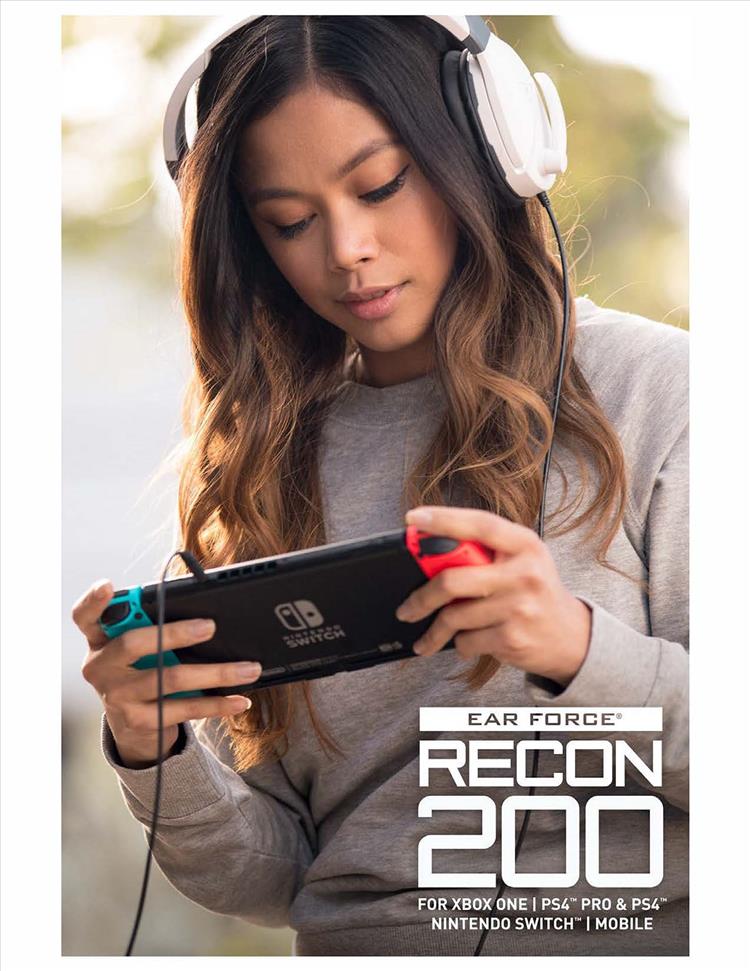 San Diego, CA – June 18, 2018 – Leading gaming headset and audio accessory brand Turtle Beach (NASDAQ: HEAR), confirmed this morning that it has the largest lineup of gaming headsets available to help gamers get their Victory Royale in Fortnite on Nintendo Switch™. Last week at E3 2018, Nintendo and Epic Games launched Fortnite on Nintendo Switch, expanding the hugely popular Battle Royale game to all major gaming consoles, as well on PC, Mac and mobile devices. Epic Games also confirmed Fortnite has its own in-game voice chat functionality on Switch, which removes the need for gamers to use the mobile app-based chat solution. Turtle Beach, which already has the largest assortment of high-quality gaming headsets, has confirmed it now offers 25 headsets in its current product lineup (not including prior legacy models) that are fully compatible with Fortnite’s in-game chat system on Switch.

For a complete list of Turtle Beach’s current gaming headsets that work great with Fortnite on Nintendo Switch, visit www.turtlebeach.com/pages/nintendo-switch.

“Epic Games bringing their own in-game chat system to the Switch with Fortnite is a brilliant move, as gamers can now enjoy the best audio experience, which relies on the best gaming headsets for success,” said Juergen Stark, CEO, Turtle Beach. “Epic’s bold move seemingly opens the doors for developers of future online multiplayer titles coming to Nintendo Switch to follow their lead and implement in-game chat systems, which is great news overall for Nintendo, for Turtle Beach, and most importantly…for gamers.”

Since Fortnite was made available on Nintendo Switch, the game was downloaded over 2 million times in the first 24-hours, according to Nintendo. The timing for this couldn’t be better, as Turtle Beach just revealed two great new products at E3 – the Recon 200 and Stealth 300 – both optimally built for Fortnite on Nintendo Switch as well as other Battle Royale games, offering powerful amplified game audio, crystal-clear chat, and a wealth of features.

With the Recon 200, gamers get a sleek-looking new headset in black or white that delivers powerful amplified audio with enhanced bass. The Recon 200 delivers high-quality game sound and crystal-clear chat through 40mm speakers and a high-sensitivity flip-to-mute mic. Additionally, the Recon 200’s metal-reinforced headband and synthetic leather-wrapped memory foam ear cushions provide added durability and unmatched comfort. The Recon 200 has a rechargeable battery that delivers over 12-hours of gaming per charge and features convenient onboard controls for Master Volume and Variable Mic Monitoring. The Recon 200 headsets will be available at retail this fall for a MSRP of $59.95.

Incorporating many key features from this year’s top-selling headset in North America1, the Stealth 600, the all-new Stealth 300 headsets deliver the quality and features gamers want, including powerful amplified audio delivered through large 50mm speakers and crystal-clear chat via a high-sensitivity flip-to-mute mic. The Stealth 300 headsets also feature a metal-reinforced headband, plus Turtle Beach’s unique ProSpecs™ glasses friendly design with memory foam ear cushions, variable mic monitoring, EQ audio presets including bass boost, and a 40-hour rechargeable battery. The Stealth 300 headsets are planned to launch at participating retailers in July 2018 for a MSRP of $79.95.

About Turtle Beach Corporation
Turtle Beach (www.turtlebeach.com and http://corp.turtlebeach.com) has been revolutionizing console multiplayer gaming since the very beginning with its wide selection of industry leading, award-winning gaming headsets. Whether you’re a professional esports athlete, hardcore gamer, casual player, or just starting out, Turtle Beach has the gaming headset to help you truly master your skills. Amazing audio quality, crystal-clear communication, lightweight and comfortable designs, innovative and advanced technology, and ease-of-use are just a few features that have made Turtle Beach a fan-favorite brand for gamers the world over. Made for Xbox and PlayStation® consoles as well as for PC and mobile devices, having a Turtle Beach gaming headset in your arsenal gives you the competitive advantage. The Company's shares are traded on the NASDAQ Exchange under the symbol: HEAR.

While Turtle Beach believes that its expectations are based upon reasonable assumptions, there can be no assurances that its goals and strategy will be realized. Numerous factors, including risks and uncertainties, may affect actual results and may cause results to differ materially from those expressed in forward-looking statements made by Turtle Beach or on its behalf. Some of these factors include, but are not limited to, risks related to Turtle Beach's liquidity, the substantial uncertainties inherent in the acceptance of existing and future products, the difficulty of commercializing and protecting new technology, the impact of competitive products and pricing, general business and economic conditions, risks associated with the expansion of our business including the implementation of any businesses we acquire, our indebtedness, the outcome of our HyperSound strategic review process and other factors discussed in our public filings, including the risk factors included in Turtle Beach’s most recent Annual Report on Form 10-K and Turtle Beach's other periodic reports. Except as required by applicable law, including the securities laws of the United States and the rules and regulations of the Securities and Exchange Commission, Turtle Beach is under no obligation to publicly update or revise any forward-looking statement after the date of this release whether as a result of new information, future developments or otherwise.

All trademarks are the property of their respective owners.