The FIFA series has always been the licensed version of the big two soccer games on the market. They had the backing of the international organization for which is its namesake, they had the top leagues, they had the glitter and shine. But Konami's Pro Evo still hung on to the Champions League and a few select team licenses like Dortmund and Barcelona. Well the golden goose seems to have switched its roost. The Champions League is porting itself over from Pro Evo into FIFA 19.

“The UEFA Champions League has been one of the most requested features from players for over a decade, and we’re so excited for one of the World’s biggest competitions to join The World’s Game in FIFA 19.” says FIFA Executive Producer Aaron McHardy. “We are elevating the experience this year in so many ways, from integrating UEFA Champions League content across the game, to adding a variety of new features that bring more control to gameplay.”

And that's cool and all, but to be honest, last year was the first year in over a decade I did not purchase a FIFA game. And the first in more than 20 years I didn't purchase a soccer game at all between my own Winning Eleven/Pro Evo roots that migrated over to FIFA as well. The main reason the streak was broken was simply because FIFA offers a great experience, but not the one I was looking for. FIFA is a polished game that has a wide surface area of licenses and teams but no depth whatsoever. Pro Evo doesn't pick up that slack either. I don't really care who has the Champions League, I want the Irish second division and the USL. I want to truly start my career mode at the bottom and work my way to the top, but soccer games in 2018 only offer teams, players, leagues that are already at the summit of the profession. I want Football Manager's depth with either of these top games' gameplay. That's my dream, and I'm not really bothered if the apex of that experience is licensed Champions League or a generous Euro Cup Tournament.

The other major announcements out of the FIFA camp is how the Champions League license is going to be shoehorned into every other game mode. Year 3 of the Journey, the most fourth wall breaking failed experiment FIFA has ever attempted, will feature it. The Journey is like a slap in the face in that the very background is supposed to be that journey from rags to riches, but when there are no rags clubs in the lineup you have no story to actually tell. FIFA Ultimate Team, a mode that I adore but has seen EA get stingier and stingier every year with free to play options forcing players into spending money on packs, will also feature exclusive Champions League content and competitions.

FIFA 19 releases September 28th for PS4, Xbox One, Switch, and PC. EA Access member on consoles and Origin Access Basic members for PC will get a 10 hour head start as part of the Play First Trial September 20th, with Origin Access Premier members getting the full game early for PC on that date. 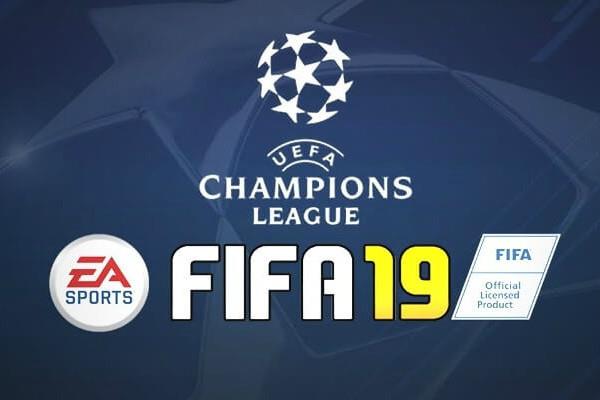