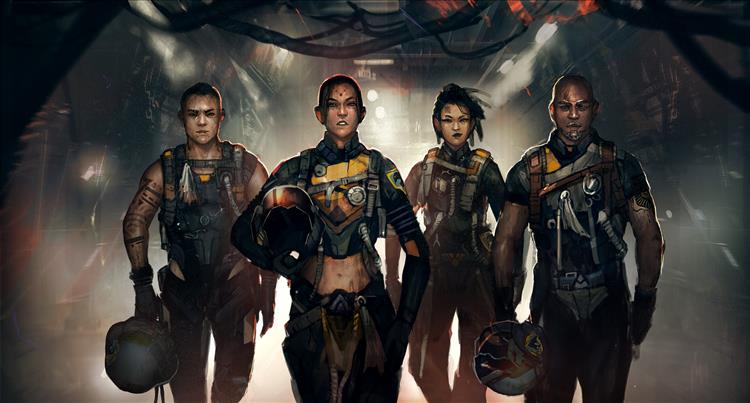 A Saint Louis University professor teaches Italian by having students run around Assassin's Creed II in class. One reviewer asks, Which video game movie is better:Rampage, which aims low and hits the target, or Assassin's Creed, which aims high and misses? And according to critics, these are the 50 best and 50 worst video games of all time.

Sean Colleli
I just wrapped up BioShock on PS4 and oh my God I thought that inane pipe-hacking minigame was bad on PC with a keyboard and mouse. With a gamepad it's just...uuuugh. By the end of the game I was smacking turrets and cameras with my wrench instead of wasting the time hacking. My fiancee's opinion of the endings lines up with mine: a needlessly binary false dichotomy, with irredeemable evil on one hand and cheesy, maudlin sentiment on the other. Neither ending really wraps up the game's themes all that well.

So now it's on to BioShock 2, which I still maintain is the best game in the series. A lot of critics complained that it felt samey or phoned in; I think they missed the point or didn't play far enough. The sequel does maintain the same setting but an hour or so in and it feels much, much deeper. The fairly creaky gameplay mechanics of the first game are refined into something compelling and addictive. Hacking is mercifully brief and challenging. Gunplay is tighter, level design is smarter, plasmids are more effective and there are more to play around with. And the plot is the perfect counterpoint to the first game, actually making the rather heavy-handed "capitalism BAD!" thrust of the original game more palatable once you've beaten them both. And hey, if you want more nuance, BioShock 2 has six possible endings depending on how you handle bosses and little sisters. Cap it all off with the amazing Minerva's Den DLC chapter and you have one hell of a sequel.

It's certainly better than the pretty but tragically stripped down and simplified BioShock Infinite, but that's a rant for another day.

Kinsey Danzis
I finished up my playthrough of Umiro recently and am working on my review, but that's all I'm going to say about that. Otherwise, I'm delving once again into, surprise surprise, Skyrim for Switch. After deciding at level 12 that my orc character didn't feel quite right for my mood, I created a dark elf that fits the bill much more nicely. Think I'm going Vampire Lord on this playthrough. I'm always swayed by the Companions—and specifically Aela—to the werewolf side, but I'm branching out. Being brave. All that fun stuff.

In other news, remember that Wii Balance Board that my fiancee and I found outside of a GameStop because some guy got upset he couldn't trade it in? Well, it works! We got a copy of Wii Fit off of eBay for a couple bucks and have been forcing ourselves to exercise. Somewhat unsurprisingly, I've exercised more in the past week and a half than I have during the entire year of living a 30-second walk from the gym.

Dave Gamble
I was ambushed/blindsided again over the weekend with two fantastic deals in VR games, so my week is going to be split between these two and one I have in for review.

The first find was Payday 2 VR. Having never even glanced at Payday 2, the VR aspect naturally drew my attention. As did the price: Free. Free, that is, to owners of the original game, but the concurrent 50% sale on the original means that I got a very good VR game for $4.99. The VR is obviously tacked on, so there are some quirky workarounds in certain aspects, but it works well enough to be fun.

The second and probably better game was also free, albeit as a very high quality demo rather than a full game. It's called Derail Valley, which I found to be a cogent and concise description of the game. In it, you are the driver of a railroad yard shunt train. I've tried train sims in the flat world and have always considered them to be nearly unworkable even with TrackIR, so I didn't expect much. I could not have been more wrong. VR allows full 360 degree rotation and that makes all the difference for controllability. Add in the fantastically realistic train model and the realistic sounds and you really have something worthy of being immersed in. The world is, I believe, 16 x 16 km, and is very scenic. Mountains, rivers, big bridges, tight turns that will fling your railroad car off the rails... It's amazing, and it is far, far smaller than the world that will be released with the game.

The in-work game, which is expected to go to Early Access in a few months, has drifted fairly far away from the demo as far as completeness. But truth be told, I would buy just the demo for $10 if they were asking for it. It really is that good.

Eric Hauter
I am finally nearing the level cap in Tera, and while I am enjoying the leveling, I find myself questioning some of the character growth methods that the game provides. In particular, Tera pushes players towards a very strange battleground multiplayer game. Teams of six are randomly matched against each other with one player taking a boss role and the others playing as soldier/defender types. Winning in this battleground results in the gain of an entire level, so there are always plenty of players to get a match started. The problem is, this battleground is no fun at all. Players do not get to take their in-game characters into battle, instead being forced to embody some poofy snowman/bear/baby hybrid creature that moves in slow motion. The entire battle takes place in a toyland castle, and as far as I can tell, it has nothing to do with the rest of the game. I absolutely hate it, but I find myself logging into matches, just to save on grinding instances, as the battleground offers up to five times as much experience as a completed instance does. So, so strange.

In other news, I fired up Tricky Towers the other day for some multiplayer action. If you have never given this indie spin on competitive Tetris a spin, it is worth checking out. Be prepared to curse at your friends.

Randy Kalista
This list is going to sound exhausting, but it actually just means I'm playing a whole lotta nothin'. When I'm champing at the bit for a new game—both BattleTech and Frostpunk, in this case—it often sends me into a fast-food binge of older stuff. I'm chewing on Satellite Reign's open world stealth RPGisms. I'm backpacking through Skyrim's new Creation Club content. I'm re-rolling a lone sniper in Fallout 4. I'm eating everybody's face with the appetite of a locust in Endless Legend. I'm trying to stomach the incestuous-riddled tutorial of Crusader Kings II. I'm squinting at the tiny cyberpunk font on my phone in Shadowrun Dragonfall. And we're trying to get our heist on with a Payday 2 game night. But like I was saying, playing each of these for 30 or 45 minutes means I get nowhere, really, when ultimately I just want something new.

Update: I got BattleTech in my hot little hands for review. Deploying heat sinks to my overheated chassis now. Too close for missiles, switching to guns. Forget it, let's hit the jump jets and give the bad guys a little death-from-above action.

Rob Larkin
Was on babysitting duty all last weekend and got pretty much nothing played. But this week already wrapped up the Fallout 4 Platinum Trophy and looking for something new. Probably going to dabble in a new VR title or two on the Vive, and thinking of finally getting around to finishing off an epic franchise with Uncharted 4. Oh, and Spec Ops: The Line. Going to prioritize finishing off that one, too.

Nicholas Leon
With just two more final papers to finish before I graduate, I don't have as much time for games as I'd like. Battlefield 1 has been my most reliable game to get into and out of, the past few weeks though, as Father Gascoigne really just does not let up in BloodBorne.

Kevin O’Connell
I have just finished a review for a game called Ys and I can evenly say that it is a good game with many missed opportunities. With just a bit more content, this could have been a favorite of mine for this year. As it was, it is still a good game with a lot to offer for 20 bucks. Watch for the review next week.

I am about 3/4 the way through the third run of Titan Quest and can honestly say that I am re-hooked. This Diablo-esque game is just smooth as silk for the consoles, and aside from some targeting issues, it's just good fun. Multiplayer is also fantastic. I remember days upon days of connection issues with the PC game, but there are only a jitter here and there with the Xbox. Looking forward to dual-dream characters in my next co-op... We will shred the world!

Tried my hand at NBA Live 18 this past week to no avail. I cannot think of a franchise that had gone from reasonably good gameplay to something so utterly overdone and annoying as the NBA basketball games—and for that matter the Madden football games. I played Mutant Football League a few months back and could not believe how much the streamlined football game was heads-and-tails better than any Madden I've played. Last note: I once played some 300 NBA games during the mid-2000s, but I have not played more than 20 or so in the past seven plus years. I hope the companies rethink their strategy and get back to just playing basketball.

Final thought - I am stoked for the Mechwarrior 5 Mercenaries announcement. I have played well over 500 hours over the past decade and have graphically modified every mech from the recent Mektek Mercenaries free release (some 110+ mechs), so I am polishing up my AC20s and getting ready to get some!