You want something a little different? Here comes STRANGE BRIGADE!

Rebellion announced today that their co-op action adventure title Strange Brigade will be releasing worldwide on August 28. The name “Strange Brigade” caught my interest, and then the trailer knocked my socks off. The sense of fun that this trailer communicates just slapped a big dumb smile all over my big dumb face.

Based on 1930’s action/horror films, Strange Brigade follows four heroes into uncharted territories of Egypt, where they must work together to overcome puzzles, traps, and hordes of monsters. According to the press release: “the Witch Queen Seteki commands an army of mummified monstrosities hell-bent on terror, and only one band of brave adventurers has the gusto to sock ancient evil back into its sarcophagus!” That all sounds good. I have gusto.  I like socking things.

It is important to note that while four players can play together, Strange Brigade could technically be played single player, or with two or three players. No word yet on how that would work, or whether difficulty will scale in accordance to the number of players. Stay tuned to Gaming Nexus, and we’ll bring you the news as it hits.

Strange Brigade will be available on PlayStation 4, Xbox One and PC. 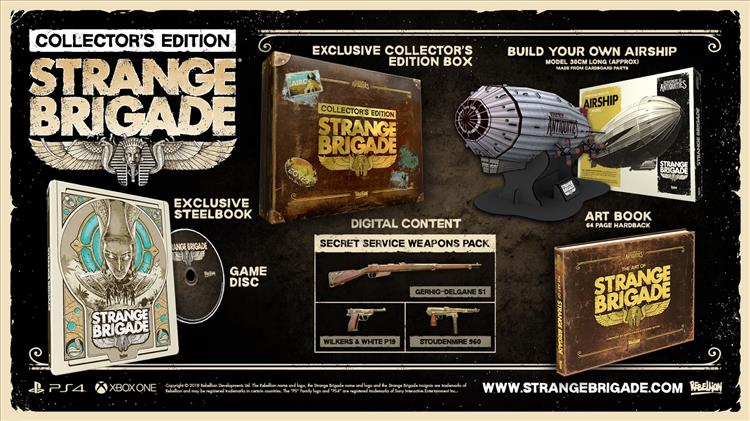