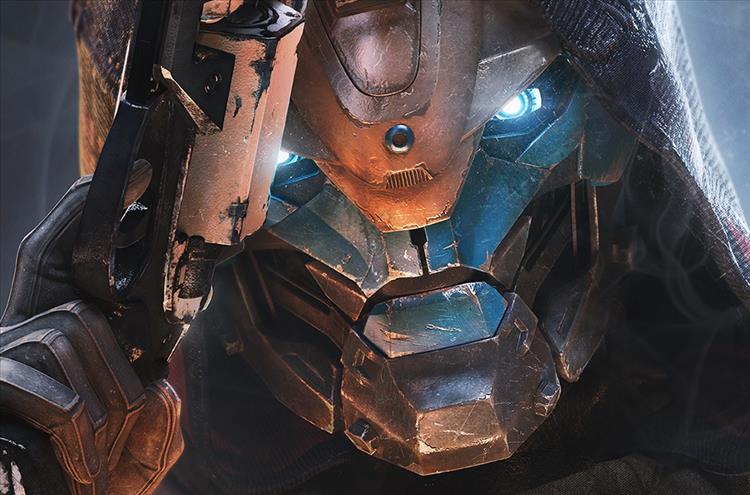 Russell Archey
I recently picked up a PS4, finally, and inevitably got my first PS4 review: Naruto to Boruto: Shinobi Striker. Not gonna lie, my field of experience with anime is kind of small, Naruto being a really small part of that. In other words, I have very little Naruto experience. That being said, I'm enjoying the game so far...or at least the offline portions of it. As a new PS4 owner I haven't gotten PS Plus yet. While the game did offer a two-day trial, I'm waiting until I have a good chunk of time I can devote to playing a lot online before activating that. I do have some qualms with the game so far, namely the loading times can be a small annoyance, especially when there's no save/load symbol on the screen and you start to think your game just froze up, and having only one or two available VR missions at a time kind of limit what you can do.

Kinsey Danzis
With Assassin’s Creed Origins in the bag, my next teaching material is Tomb Raider—specifically, the two reboot games that are out at the moment, since we’re narrowly missing the release of the third. Not only is it my all-time favorite video game franchise, but it is also a great fit for next week’s classroom discussion: archaeology. This week we talked about recreating an ancient world from the ground up as if it were still functioning, but next week we talk about recreating an ancient world and then tearing it down to create ruins, tombs, and discoverables that still convey important tidbits about the lost culture (even though the game takes place in the present). I have to binge-play to get to a certain part of each game; normally I would be happy about this, but normally I wouldn’t have a thesis to work on alongside my jobs and classes. Oh well. At the end of the day, it’s still Tomb Raider, and it’ll be fun to replay Lara’s adventures right before Shadow of the Tomb Raider comes out.

Dave Gamble
I'm finally done with my three-week obsession with Far Cry 5. Having run out of new things to do, I found myself getting in my chopper and just flying around being a vigilante in the sky. I've rescued more hostages than MacGyver. Or someone like him that rescues hostages—I've never actually seen the show. And who knew how many cult VIPs there are?! I mean, there are so many that I think they are running the risk of diluting the meaning of "very important"—it's like a participation trophy in a way. Anyway, there was a never ending supply of them and I was feeling pretty much like an unpaid (well, absent looting) civil servant. Time to move on.

But alas, move on to where? I can't financially justify buying a new game when I have 207 games, 45 of them VR, sitting in my Steam library. Granted, a whole lot of them are those musty little trifles that you find at the bottom of a box in your basement that hasn't been unpacked for the last three houses, and will probably remain so for the next move, but I still have a surfeit of opportunities to visit past favorites.

I've made a pass through the list and come up with two strong contenders. In the flat world, I'm looking at American Truck Simulator. I haven't used it for at least a year and there have been miles upon miles of new highways added since then. It will also serve as practice in backing longer trailers—we traded in our little travel trailer for one at least twice as long. I'm totally stressed over having to back it up my driveway, probably needlessly. Maybe a little low consequence practice is in order just as a confidence builder, although the backing physics aren't going to be the same.

In VR, I'm going back to Iron Wolf VR. Another option was VTOL VR, but I have never warmed up to its non-physical (IOW, no external controllers) interface and just can't fly it well.

Iron Wolf is intriguing because it has also been significantly updated since I last played it. The developer has added a fifth player slot to the submarine, so in addition to the outside deck, control room, periscope room, and torpedo room, there is now an engine room. There's a good bit of fiddly stuff in it, too. Plenty to keep you busy. Engine controls, of course, but also generators, air compressors, etc. When playing single player, the AI will take care of that stuff for you, but I prefer to try to do it all. This is probably why I have never gotten past the third mission. Maybe I'll enlist some help this time around and see if I can get a little further.

Eric Hauter
Every now and then, a game comes swooping in from the side, catching me completely off guard and taking over my life for a little while. Right now, that game is Firewall: Zero Hour. I had no expectations from this game, other than that it might make me a little nauseous, but I am generally willing to give any VR title a fair shot. I felt a little bad for the dev team, as they had developed an exclusively online multiplayer title, and I have watched one quality VR title after another crash and burn with no community to play with. Imagine my surprise when I found a large and committed community playing. I have never been this excited about a military shooter, but I love this game.

I am also playing Wasteland 2 on the Switch with equal enthusiasm. I finally cracked the "getting started" barrier on this game, and have been enjoying taking a party of characters named after my family running around the wastes. I have a melee-based bruiser named after my five-year-old daughter, and I love running her up to unsuspecting raiders and letting her one-hit them with a shiv. Fun!

Randy Kalista
I haven't touched Destiny 2 in a year, so I'll be shaking off a lot of rust to get into Destiny 2: Forsaken. Our resident Destiny expert, Rob, informs me that I'll struggle with the new content unless I'm level 30 with a light level in the high 300s. I left off at level 20 in the high 200s, so I've got my work cut out for me before I'll get into the brunt of Forsaken.

Hard to remember a time when every game wasn't streamed 24/7, when 5,000 hours of video weren't uploaded to YouTube every minute. But that's what I'm remembering as I throw Red Dead Redemption back into the ol' Xbox 360. It was a console generation that didn't have dedicated share buttons. It's like me and John Marston are really out here in New Austin, on our own, with no way to share the adventure except through rough screenshots taken with my camera phone aimed at my TV. I wonder if I'll miss this lone gunman feeling once every single moment of Redemption 2 is shared across every social media platform.

Nicholas Leon
I plan on downloading the beta for Battlefield V pretty soon. I’m pretty pumped for this next outing, and would like to see how the next iteration of the series is proving to be so far. I wrote an update on the game this week, so I’d like to see those new implements in action for myself. Is the game geared to just anyone to level the playing field, or will it take time to get to know the system and all its nuances? Only time and my WiFi connection will tell.