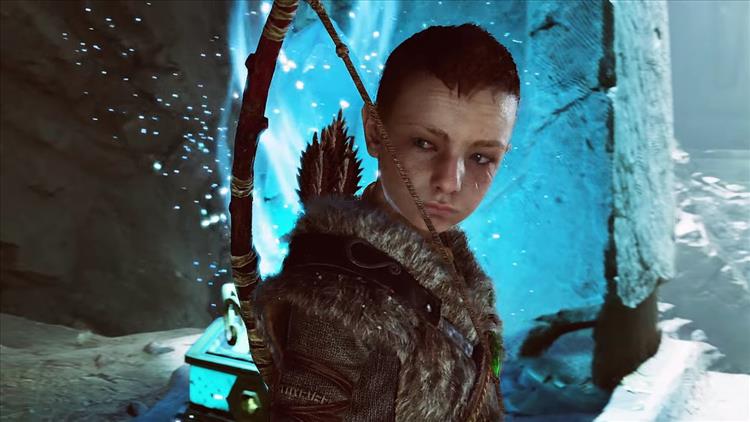 While Fortnite is the biggest game of 2018, Grand Theft Auto V has became the single biggest piece of entertainment media in history. PUBG Corp. is now suing a Chinese mobile gaming company for allegedly infringing on PlayerUnknown's Battlegrounds' ideas. And Brian Crescente, who founded both Kotaku and Polygon, is now adding Variety to his Rolling Stone video game bylines.

Sean Colleli
I picked up The Last of Us Remastered on the cheap because everyone keeps telling me I need to play it. I'm maybe an hour in but it's been a busy week so I'm looking forward to pushing onward this weekend to see if all the fuss is worth it. I'm also wrapping up Far Cry primal again, which isn't quite as fun the second time around but is still a pretty deep and enjoyable spinoff.

Kinsey Danzis
I'm in the process of making some purchases of questionable financial responsibility. After a little less than a year using a $25 Logitech mouse/keyboard wireless set, I finally got frustrated with it periodically giving out and am shelling out for some Razer gear. I'm waiting on my Blackwidow Chroma V2 to come in the mail right now, and am considering either the Deathadder Elite or Mamba for a mouse, assuming I can find a good deal. Hopefully this'll make it easier and more fun for me to review PC games (and it looks like I might have a cool puzzle game in my future to review). This is just another step in my collection process.

While I'm waiting on all that, I'm still entrenched in Super Mario Galaxy. I swear, if I never play/collect another Wii game again, that purchase still would have been worth it, what with all the memories coming back. Bouldergeist gave me the most war-style flashbacks I've ever had.

Dave Gamble
Just as I was settling in for a binge run through LA Noire: The VR Case Files, I happened to be making my weekly perusal through the various eStores looking for things on my shopping list. Sure enough, there was Gun Club VR marked down to $14.99. I have been kicking myself over missing the last Steam sale, so I jumped on it. I didn't notice that I had a $15 store credit until I was in the shopping cart getting ready to pay for it. Well then. Fake money well spent! Gun Club is everything I could ever want in a VR shooter of any type. The only downside ended up being the comparatively horrible weapon modeling when I finally did get under Cole Phelps' skin in Noire.

A few days later, I was still trying to figure out who the benefactor was that paid for Gun Club. I had a hunch, checked it out, and found it to be true. Way back in January there came a day when my Rift was stone cold dead. Panic ensued - not likely I'd be able to buy another one, and that scares me. It ended up being a mistake in an Oculus update. The workaround was easy: all I had to do was set the date on my PC back one day. For that minor inconvenience Oculus gave me a $15 credit. I'm pretty impressed by that.

Eric Hauter
I have been wrapping up reviews for Crisis on the Planet of the Apes and Preta: Vendetta Rising, two very different but enjoyable PS VR games.

In addition to those, my 15-year-old son and I stumbled down the rabbit hole and started playing the new console version of Tera, the 2011 MMORPG that was recently ported to consoles. So far, I am having a great time, and quickly fell into my pattern of Googling advanced features and then logging in just to play with the UI and not actually do any questing.

I also just received a review code for Layers of Fear: Legacy for the Switch, so I'm excited to dig into that. It is notable for two reasons: 1) this will be the first Switch game I review for GN; and 2) By playing up the "insane artist" angle, I believe that I have convinced my wife to play through the game with me. A stunning development.

Charles Husemann
Sledgehammer just release a massive update for Call of Duty: WWII this week so I'm going to spend my weekend checking out the changes and seeing if I want to continue playing the game. All of the Divisions have been reworked and they have made things a bit more open. While this is great news for some it has dramatically impacted most of my builds and I've seen my average K/D ratio in Team Deathmatch slide dramatically. Most of my fun builds are no longer fun and honestly this might be where I part ways with the game.

I fired up Space Pirate Trainer on a lark this week and found that a bunch of new songs and bosses have been added since I last played it so I'm going to spend some more time with that and In Death with is a VR Dark Souls game in early access.

Randy Kalista
God of War is weighing on my mind. It's one of those games that'll define 2018.

Otherwise, once a year I like to reinstall Crusader Kings II just to remind myself of why I dislike the game so much. Or, more accurately, to remind myself Why Are You Not Playing This, Randy, Because This Game Is Totally Your Jam If You'd Just Shut Up And Get Through The Stupid Tutorial. Like I said, I like to go through this ritual annually.

While John is the only one on staff that currently has Skyrim VR, just the act of starting to say the word "Skyr—" will get me to fire up the Special Edition for another seven or eight hours. Backpacks and camping sites just made it onto the still-incredibly-short Creation Club list. But those are exactly the downloads I'm looking for to complement last year's Survival Mode.

Kevin O’Connell
Firstly, I am starting to review an unknown game called Atomic Heist with not a heck of a lot of luck. This could be the most unforgiving game I've ever tried. I have not gotten past level two after four hours. Not sure where to go from here.

I am also having a blast continuing through TItan Quest, which I have confirmed has the Immortal Throne expansion integrated into it. Levels are 100% identical and a good bit more vivid. Only a few of the enemies have been slightly altered in difficulty, but it has made a positive difference. On to Hades!

Lastly, I have made it over half way through South Park: The Fractured But Whole and can say, aside from some repetition in the fighting, it is much better than the first game—by a good margin. Like the first game, you are able to eventually use both sides' skills to keep battling fresh.

John Yan
Well, picked up another VR HMD so I'll be playing Skyrim VR from my Surface Book 2 in any room I want now. No more being trapped in my basement when I want to VR. I'm really, really enjoying Skyrim VR even with all its little quirks. I think I'm going to be stuck in that world for a while.

I'll also continue my job in building a roof in the football stadium in 7 Days to Die. We've made a lot of progress in the game and it's coming together along real well. Even if we all break our legs every 20 minutes falling from the top of the stadium during construction.