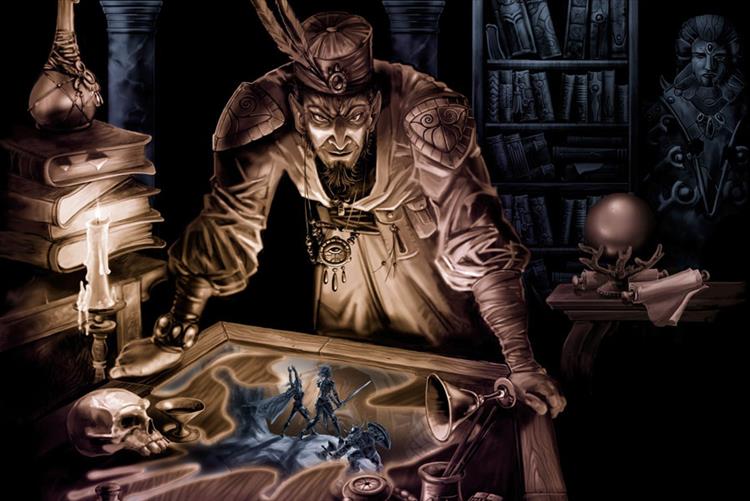 These players approach fighting games with the discipline of a martial artist. Sorry, Lindsay Lohan, but this time six New York Court of Appeals judges still reject that GTA V stole your image and likeness. And the minute Drake and Ninja broke viewership records on Twitch, 100 streamers got together on YouTube and doubled it.

Sean Colleli
I finally secured a PS4 and a copy of Far Cry Primal with it, so I'm playing through it again on a console. It's not as bad a step down from PC gaming glory as I was expecting, and my fiancee is enjoying watching my caveman brutality from the comfort of our couch. Primal was one of my top games of 2016—I loved the drastic change of setting and dynamic, and the use of Proto-Indo-European for all voiced dialogue. It's neck and neck with Blood Dragon as my favorite Far Cry game.

Now that I have a PS4, I can also start in on the reason I got the console in the first place: hunting down and playing through the entire Yakuza series. So I'll be scouring local game stores for used copies of this notoriously popular "niche" series.

Kinsey Danzis
With my Sea of Thieves review in the bag, I decided to leave the seven seas and turn my gaze to the stars. Specifically, I picked up a used black Wii at GameStop (they're running that $20 off used consoles deal right now, which is pretty nice), and about 60% of my reason for doing so was to play Super Mario Galaxy the way I used to. (The other 40% is because I'm one of those console collectors.) We had a Wii when I was younger, and I used to love playing this game; I never finished it, but I'm hoping I can now, and so far it's been a nostalgia trip during which I've cried twice. I don't know why. Don't ask why.

Dave Gamble
I've been spending a lot of time fishing for pollack, haddock, redfish, and cod in the Barents Sea. Why? Just for the (wait for it....) halibut. Actually I'm working through a career in Fishing: Barents Sea. My career is advancing quickly due to an overgenerous accelerated time feature. Too quickly, in fact. The easy time acceleration paired with the complete lack of anything bad happening to you or your finances (absent your own negligence) and the incredible accuracy of the where-are-the-fish heat map leads to a lot of grinding and not a lot of variety. That said, it is the player's choice whether to use the time acceleration or not; I often chose "not" because driving the boat and catching the fish is where the appeal is. Droning along for three hours would grow old rapidly, I would think. In the end I appreciated being allowed to decide for myself how much and how often I chose to use the crutch.

I finally got the long awaited "Dude, really. This is the best we're willing to do" email and renewed with iRacing. It took literally 10 seconds in the Skip Barber car, driving in resplendent VR at Lime Rock Park, the feel of every bump of the track arm-achingly transmitted to my aching shoulders through the industry-leading force feedback, the car sliding through turns with the tail hanging out yet still easily controlled with the gas pedal, the sounds of the engine, transmission, wind, and tires surrounding me... it took literally 10 seconds to ask myself, "Why in the world did you let this drop for a measly $3.00 a month? Are you an idiot?"

Eric Hauter
With the in-laws over this past weekend for the holidays, I didn't have a ton of time to spend on games. I did manage to get to the theater to check out Ready Player One, which was a good time.

I am wrapping up reviews for Surviving Mars (finally!) and Island Time VR, which may have run on the site by the time this column sees the light of day.

Beyond that, I spent some time dipping back into The Alliance Alive on 3DS. I have also been slowly coming to the realization that, no matter how much I want to, I might not have time to join my Gaming Nexus compatriots in Neverwinter Nights: Enhanced Edition. Having a baby in the house makes planning online gaming sessions next to impossible. Bummer.

Charles Husemann
This weekend will be more Call of Duty: WWII  as I continue the grind towards my second prestige. It's not exciting but somehow I'm now a guy with a 30+ day login streak.

I'm on the lookout for a new game and I'm not sure if that's going to be Far Cry 5 or if I'm going to pick up something else in my backlog.

Randy Kalista
So long and farewell to Nefertiti, Tutankhamun, and the rest of the undead crew in Assassin's Creed Origins: The Curse of the Pharaohs. Writing about Origins' season pass set a new personal record for my most overdue assignment. This is a stupid argument to have with myself, but Ubisoft's open world games are officially too much content for my money. Their games are getting too big, and I'm getting too old to commit that many hours to them.

I've been ignoring it for a year and a half, I suppose, but I just picked up Mini Metro on the phone. It's almost impossible to keep my attention when it comes to mobile gaming, but Mini Metro is a phenomenal piece of minimalist architecture. I live 300 miles away from the nearest subway, in real life, but clicking and dragging around transit maps is turning into an instant pastime for me.

My 14-day Xbox Game Pass trial ended on Tuesday. To commemorate the fleeting good times I had in Sea of Thieves, I'll grabbed a chicken buddy up around Marauder's Arch, then sailed directly into a storm. I climbed up into the crow's nest and played a mournful sea shanty on my way down to Davy Jones' Locker. Bye for now, Sea of Thieves. I hardly knew ye.

Rob Larkin
Another weekend with family in Canada and away from my PC, PS4, etc. So another weekend of minimal gaming but maximum Fire Emblem Heroes. It’s my go-to mobile game and has been built out into so many game modes and so much content it will probably be the only game I play. I could fill my time up with just daily activities and a few stretch goals around the monthly bonuses, but if I’m lucky I’ll also find time to build up some of the heroes in my barracks. I’ve got quite a few 4 stars I should convert into 5’s.

Nicholas Leon
I’ll be going to a wedding this weekend, so I won’t have much time for games, but I did beat the first two Brothers in Arms games last week, and oh my goodness, was it an experience. A mature exploration of loss, companionship, and war, as well as a frustrating play through, with squad mates who sometimes didn’t know what cover meant, it’s a game that I will miss playing. Earned in Blood, the sequel to the first title, Road to Hill 30, is the superior experience, with narrator Sgt. Joe “Red” Hartsock being a bit more meditative than the poetic Sgt. Matt Baker of the first game. It’s something that I would equate to a poetry collection I read by Brian Turner: Here, Bullet, which recounted the poet’s experience in Iraq.

I want more games like this, so here’s to hoping.

Kevin O’Connell
I have been engaged in Titan Quest since I bought it the other day. Probably the most worked on game I've ever had. I once had almost a full game that I'd made myself with different monster looks and names, different quests and landscapes. Now it is just a blast to go through once again. My review is on the site now.

I will also be reviewing a side-scrolling game called Atomic Heist. It reminds me of a cross between Nintendo's Life Force and the arcade game Galaga. More after the game hits Xbox on April 6.

Aside from that I will be taking my first flight since 1997-ish. I hate aircraft, but it is getting too difficult to drive the distance to my dad's house. With that, I'll be non-gaming from Thursday til the following Tuesday.

John Yan
This week is Skyrim VR week, so I'm hoping to be spending time walking the lands of Skyrim in VR. I have high expectations because I had so much fun with Fallout 4 VR and Bethesda has had about six months to try and polish the game since it's PS VR release.

I'll also be leveling up my rogue in Neverwinter Nights: Enhanced Edition, so hopefully I won't be as squishy. I rarely play a rogue so it's kinda interesting to try and play an RPG in a different way and you definitely don't want to play a rogue like a warrior, as I tried to the first hour of the game.