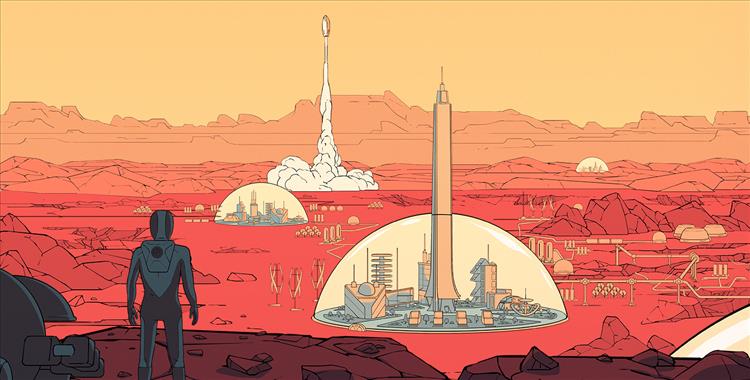 "[Redacted] this new fake Rampage movie," movie director Uwe Boll tweets. "Uwe Boll is going to sue Warner Bros. [redacted]. Totally serious. Will update soon." The A.V. Club would like to kindly remind you that blowing into old video game cartridges is actually bad. And whether they're making their own games, broadcasting online, or playing in packed stadiums, video games are turning teenagers and twenty-somethings into millionaires.

Sean Colleli
I'm hoping to pick up a few games for my new PS4 this weekend. I need to introduce my fiancee to the BioShock Collection, so she too can be mildly disappointed in the gameplay and story in BioShock Infinite. BioShock 2 was the best one, dammit! I'm taking that conviction to my grave! I might also pick up Yakuza 0 and Kiwami 1, depending on how my budget looks, as I've only dabbled in that series but always wanted to jump in feet first.

Eric Hauter
I am still coming to terms with the complexities of Surviving Mars. Mars does not want me to survive. Mars wants me to build stuff, then watch it all fall apart and cease to function. I feel like Elon Musk needs to spend some time with this game. He might reconsider...everything.

Beyond that, I am still dipping in my pre-ending save of Ni No Kuni II, cleaning up my kingdom building and side quests, and generally wallowing in its sunny happiness. I have also been playing a beta build of a new VR title that I am working on a "Making Of" feature for, so that is exciting. It's fun to see an early build of a game, then compare it to the eventual release to see all the changes made.

Randy Kalista
The undead storyline in Assassin's Creed Origins: Curse of the Pharaohs is about to pop off. I'm riding my death camel, Herw (send pronunciation guide suggestions to rkalista@gamingnexus.com), and keeping an eye out for that sick Servant of Amun outfit. Weird glitches have jumped out at me in the DLC content, as opposed to the vanilla game. I've spontaneously combusted and died in the fire. I've gone mute when trying to whistle for my mount. Guards have regained health mid-battle when my weapon happened to clip through nearby walls. Little stuff. Weird that nothing like that showed up in my previous 80 hours, though. Only in the DLC.

And I'm either crewing up with other Gaming Nexus staffers or rolling solo the rest of the time in Sea of Thieves. I'm utterly enamored with this game. Much more so than the others here. My character's skill progression isn't marked with an XP bar, it's marked with my growth as a player. The high-level weapons and clothing don't do more damage or provide more armor protection, they're just prettier. There's no storyline to speak of, the story is just what you and your shipmates make of it. For some folks, that's three strikes. For me, the game is batting 1.000.

Nicholas Leon
I've been replaying the original Brothers in Arms games, and oh man, do I miss this quality. I recently finished Road to Hill 30, and there were so many aspects to gush about. The writing, which partially explored the psychological ramifications of intense combat on the human mind, was downright poetic. The weapons are not one-hit kill machines, and there are no needlessly dramatic set pieces. It's all about the characters, and what they're going through. I'm about halfway through its sequel, Earned in Blood. And while the enemy AI has improved quite a lot, the squad AI isn't  the absolute best. It's hard to engineer a good flanking tactic when your assault team goes out in the open, only to be bombed or shot. So, while the gameplay is kind of an improvement on the original, it is equally more frustrating. But the writing is where it excels. Never before have I seen a game about WWII explore post-traumatic-stress in the way that this title does. More than just war, Brothers in Arms tells the story about humanity in conflict with itself. I can't wait to finish the series again.

And hopefully, maybe, a real conclusion to Baker's story.

Kevin O’Connell
Well, first off, the basketball idea ended up being a dud as NBA 2K17 was a disappointing game. I think they tried to make the game experience more for the player to create their own history rather than worrying about making the game easily playable. I have purchased a cheap copy of NBA Live 18 and will give that a try in the next couple of weeks. Here's hoping.

I am deliriously thrilled with delving into the re-release of Titan Quest for consoles. The Diablo-esque hack-n-slash game that came out in 2006 for the PC hit consoles last week. Look for my review coming to Gaming Nexus really soon.

Lastly, I have gone through Call of Duty: Infinite Warfare from front to back and can say that where it is an easily playable game, I thought the game only a bit better than average. The game suffered from poor weapon availability, below average space battles, and arguably, one the worst endings I've ever seen. I had played Black Ops II earlier this year (when I had a gap in stuff to play) and can say it was a better game in almost every aspect. I am looking to get WWII soon and hope that the good reviews are justified.