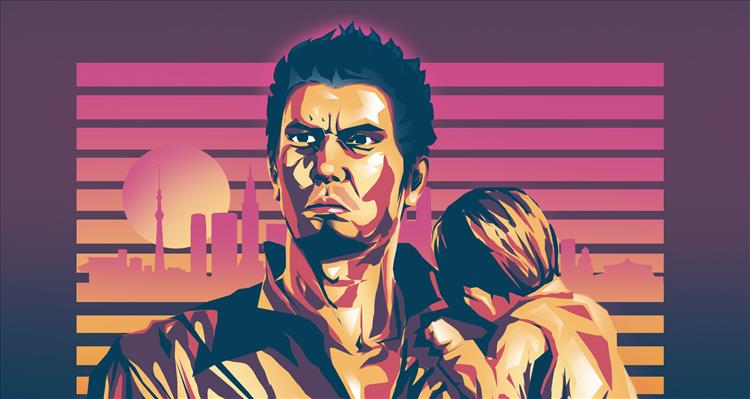 At least one customer was confused when they thought they were buying a video game but got this fantasy novel instead. Ignoring VR, there hasn't been a dedicated boxing game since EA Sports Fight Night Champion in 2011—but Floyd Mayweather Jr. is working on one now. And President Trump met with anti-video game critics and the ESA for an hour to open up a conversation about violence in video games.

Dave Gamble
The folks at Laminar Research fixed the problems with the X-Plane 11 VR Preview with attempt number 5, but it was too late—DCS does helicopters much, much better, and they do it with excellent scenery, although I do wish they would use the real names of the casinos depicted on the Las Vegas Strip. As always, the ability to rain explosive and incendiary from the sky is simply icing on the cake.

When I'm not being blown around by the persistently high desert winds of the Nevada desert, the same is happening much, much closer to the earth in Sailaway – The Sailing Simulator, an ostensibly high-fidelity sailing sim I'm playing with in preparation for a review. I really want to like this one, but absent the realism of the wind and water physics, the quality of which are not discernible to my inexperienced eye, it is a royal pain to play. There's no TrackIR support, so using the mouse for looking around and for managing both the tiller and the sails is utterly inadequate. TrackIR would be some help, but the real solution for this one is likely to be some VR support. See also: VR Regatta – The (other) Sailing Game, which works extremely well, except for the fact that I have to sit ignominiously on the floor to play it. Sea spray is something you get used to; a dog sneaking up behind you and licking your neck while you're engrossed in VR is not, or so my experience says.

Eric Hauter
I am currently playing several games for review.

Moss is an absolutely charming platformer, starring Quill the mouse. If the PS VR had a larger market share, Quill would be destined to go down in video game history as an all time favorite action character, alongside the likes of Nathan Drake and Lara Croft. The animation in this thing is beyond spectacular.

Blasters of the Universe is a fun VR bullet hell shooter, with a fair amount of challenge and exciting weapon upgrades. I need to spend more time with this one, but so far it is great for dancing around the living room like a weirdo.

Yakuza 6 currently is getting most of my time, as I find myself endlessly seduced by its mini-games and weird distractions. There are lots of full ports of old Sega arcade games embedded in Yakuza 6, including Outrun. I repeat, there is a full playable version of the Outrun arcade cabinet included in Yakuza 6. Outrun, you guys. You can totally zip between sprite cars while blaring "Magical Sound Shower" at full blast through the entire house. As you can imagine, this activity is making me a hero to my family.

Randy Kalista
It had been a few years since my last Assassin's Creed. 2014's Assassin's Creed Rogue, actually. Despite that breather, Origins rekindled my Ubisoft open world fatigue. Good game, good setting, good characters—but good seemingly isn't good enough to make me max out my level in order to play DLC 1 and DLC 2. I'll try, this week, though. I'll make an effort. My eight-year-old is in love with the Tourist Mode. She isn't necessarily interested in hearing the museum curators talk about the city plans for Alexandria or why the pyramids have wider tunnels in-game than in real life. She just likes running around as Cleopatra on a bejeweled horse without having bandits and bounty hunters harassing her.

I'm forever playing Kingdom Come: Deliverance, too. Despite multiple missions in my logbook that are broken. Despite characters and horses falling from the sky. Despite impossible-to-navigate geometry in certain environments. And—this one's actually kind of upsetting—despite a romance that culminates in, ahem, copulation, but immediately dead ends any other meaningful interaction with her afterwards. It was such a sweet romance leading up to that point, too: walks along the river, playful conversations, bringing laundry in out of the rain. Then sex. Then nothing. I mean, if nothing else, why can't I at least get my "Alpha Male" perk from her instead of resorting to, uh, the bathhouse maids? Never mind. This game totally isn't embarrassing for a grown man to talk about out loud.

Rob Larkin
I’m stuck into Horizon Zero Dawn. It’s just too good to put down. But when I do put it down I’ll be strapping in my Vive for two upcoming reviews: The Way of Kings VR and The American Dream VR. Other than that it'll probably be pretty limited because the in-laws are in town and I guess I better, like, talk to them and stuff.

Kevin O’Connell
I am in the middle of playing one of the most underwhelming games I've ever played. Q.U.B.E. 2 looked sooo promising and ended up being terrible. Stay tuned for the review.

Bridge Constructor Portal has been a nice diversion from the shooting/RPG/driving games of late and I am still redoing levels daily. It is relaxing and interesting at the same time. Bravo.

John Yan
I think I'll be spending time trying to work my way to getting a corvette in Elite Dangerous as well as continuing to put a roof on the football stadium in 7 Days to Die. In Elite Dangerous, I finally hit a billion dollars in the bank, so might as well spend some of that money.