Logitech releasing a new updated version of the X56

As a person who has over 200 hours in Elite Dangerous, I'm always searching for a good HOTAS setup. I spent many hours using the Saitek X52 Pro and recently bought a Thrustmaster Warthog setup. During my search, I looked at Logitech's X56 Rhino, but many of the reviews turned me off from picking that up.

Well good news for those that are thinking of getting the X56. Logitech recently announced they have revamped the HOTAS to fix the problems that it was plagued with. Details on what's been changed can be found here in the reddit post that an official Logitech account posted on. From the sounds of it and if it's true the issues have been resolved, the X56 could be a very, very nice pickup for those looking for a good HOTAS.

You can tell if the version of the X56 is the updated one by the color scheme. The old one has blue in it, while the updated version replaces the blue with grey.

The new version is available now through Logitech's website and will be hitting stores soon. At $249.99, the Logitech X56 H.O.T.A.S. might fit the bill as being a great all-around HOTAS for games like Elite Dangerous. 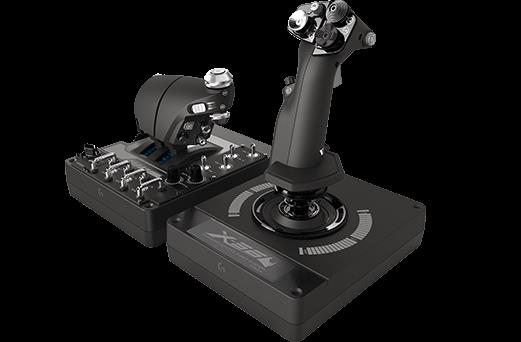