I've been telling anyone that will listen (which is pretty much just you folks that read these postings) that there are only a few things that keep Project Cars 2 from being a potential threat to iRacing. Chief amongst those issues were the AI drivers - they were sort of okay, but suffered from a horrible case of win-it-in-the-first-turn-itis. I clearly remember the first time I tried to race in the Indy 500.

The 500 is a unique case in that the cars are in rows of three at the start, rather than the far more common rows of two. There we were, all lined up and ready to go. My pulse was somewhere north of 130 beats, my hands where sweaty on the wheel, and I was charged up and ready to go! We didn't get far; the AI cars simply could not get through turn one without a massive pile-up in the first turn, each and every time.

I tried a remedy: I tried doing the optional formation lap. That helped in a way, but not in a good way. What happened was that the first few rows never slowed down enough and/or the cars in front of me never sped up enough - the net result was that I was a quarter of a lap behind before I even got to the starting line.

With update 4, all of that is fixed. Now the cars get all lined up and ready to race by the exit of turn four. When the green flag flies, we all go barreling into turn one side by side and accelerating fast.

Oh, yes, there were a lot of bug fixes too, but being able to race through the first turn at Indy, well, that's the one that matters! 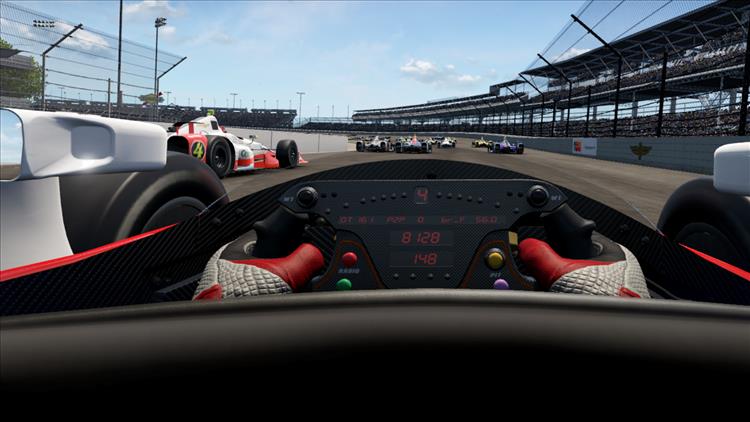