As someone who already has a giant pile of games that make me feel vaguely ashamed and guilty, I don’t feel the need to pay to have access to even more games that would torture my soul with their endless siren song.

But (and this is a huge “but”), Microsoft just sweetened the pot today when they announced that going forward, all new games published by Microsoft Studio will be released on Xbox Game Pass on day one. This means that for $9.99 a month, Xbox gamers will get access to the much-hyped pirate game Sea of Thieves when it releases on March 20th, as well as any future Microsoft published titles.  That means that State of Decay 2, Crackdown 3, any future Halo, Forza, and Gears titles will be included for subscribers on the day they come out.

This makes Xbox Game Pass a much more appealing proposition. I’m wondering if a price hike is in the future. I’m further wondering if Sony is now feeling pressure to improve their lineup of free games. 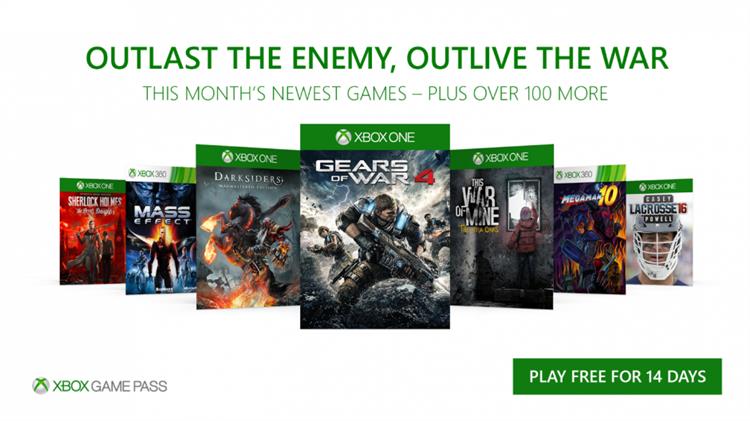