Atlus has announced that their fans don't have to wait too terribly long for Shin Megami Tensei: Strange Journey Redux, the remake of the cult classic DS RPG. Redux is arriving May 15th. The remake brings new story content, new art by Masayuki Doi, and a new playable character named Alex.

I reviewed the original DS game way back in 2010 and I really enjoyed it, but I felt the ambitious story and dungeon crawling gameplay was hamstrung by the grainy resolution and other technical limitations of the DS. Hopefully Redux can stretch its legs more on 3DS. I'm looking forward to the improvements Atlus has made; this is one game that actually does deserve a refresh. 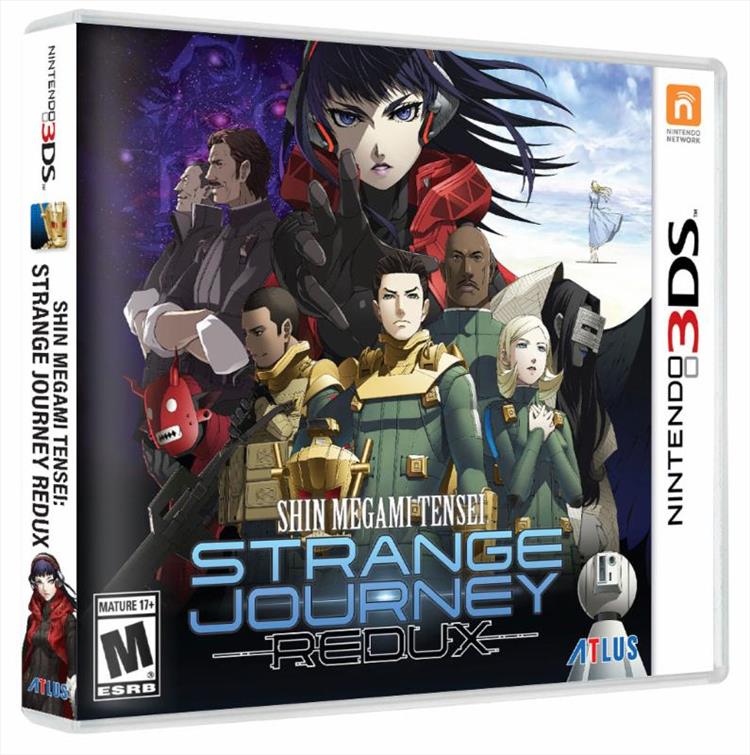 Shin Megami Tensei: Strange Journey Redux
Will Arrive in the Americas May 15 for Nintendo 3DS!

The Story
A spatial distortion full of demons appeared in Antarctica, threatening to engulf the Earth in Shin Megami Tensei: Strange Journey. The United Nations responded by tasking a team of highly advanced specialists with piercing the anomaly and figuring out how to stop it from the source. Well, get ready to don your Demonica once again in this new, expanded port. Expect new story content, additional endings, a new dungeon to explore, and more in the return of this sci-fi tinged SMT adventure.

Shin Megami Tensei: Strange Journey Redux features:
A Stranger Journey Back - In Strange Journey Redux, you play as a brave United Nations soldier investigating a spatial anomaly called the Schwarzwelt--a dome of dark energy that threatens to consume the world. Inside, you'll find it home to a nightmare mirror of our own Earth, populated with demons dying to meet you. The game touts brand-new illustrations by Masayuki Doi, updated visuals, UI tweaks, and more to make this journey back into the Schwarzwelt ... even stranger.
Additional Story Content and a Brand-new Character - You won't be retreading the same nightmarish path as before because a brand-new character named Alex will play a major role in how the story unfolds. Much about her is a mystery, but there is one thing you know for sure: she's got a bone to pick with you. Joining her are new demons you might recognize from other SMT entries, new endings, and a new dungeon to discover.

For more information and to pre-order, please visit www.atlus.com/strangejourney.


About ATLUS
Atlus U.S.A., Inc. has become known across the industry as a mark of high-quality, deeply immersive, uniquely Japanese video game experiences.  With award-winning titles that reach across a variety of genres and platforms, including the Shin Megami Tensei® and Persona® series of role-playing games, the ground-breaking action-adventure/puzzle game Catherine™, and the much-celebrated RPG Demon's Souls™, Atlus is committed to offering the highest standard in interactive entertainment experiences. www.atlus.com