So, what are you playing? Battle Chasers Expect You to Die edition 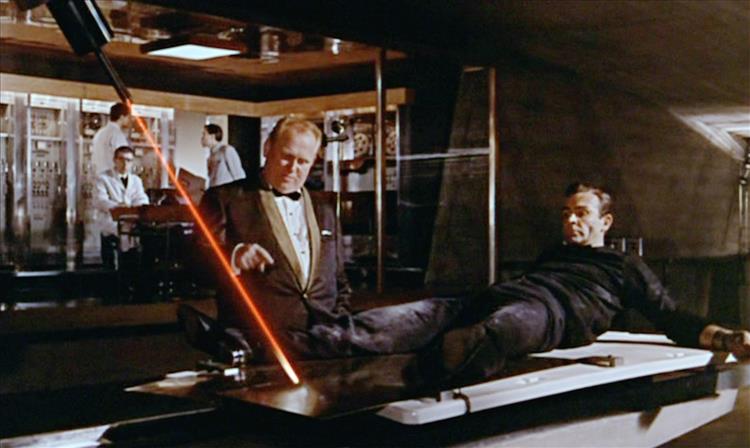 The World Health Organization (WHO) recognizes, as with anything you allow to "take precedence over other life interests and daily activities," that video gaming can reach "hazardous" levels. Unrelated (but certainly related), an Oklahoma City man signed a contract with his girlfriend in order to receive the latest Call of Duty as a gift, so that he wouldn't completely neglect their relationship. And Jumanji works as a video game movie because it actually wants to be a video game movie.

Sean Colleli, Staff Writer, @scolleli
I'll be taking a crack at the second set of Master Sword trials in Zelda: Breath of the Wild. I finished the first set of 12 and only managed to die once, so I think with caution and a bit of luck I should make it through.

I also *ahem* retrieved a ROM hack of Super Mario Land 2: 6 Golden Coins that puts the whole game in living color. Mario Land 2 is probably my favorite side-scrolling 2D Mario Game; I love how relatively obscure and a little bit weird it feels compared to other Mario games, while cramming a fairly hefty Mario World-style experience onto the Game Boy. So needless to say I'm excited to fire up my RetroPie build and play through the game in color after all these years of four tones of spinach green.

Kinsey Danzis, Staff Writer, kdanzis@gamingnexus.com
Ya girl finally got herself a Switch, which means that, aside from putting myself on the brink of crippling debt, it's all Breath of the Wild from here. When I'm traveling and can't work on my review-in-progress, I'm gonna break out the Switch and work on procrastinating the last two Divine Beast battles as long as possible—although I got Vah Naboris out of the way first, so I'll have an easier time of it from here on out. The only other Legend of Zelda game I'd ever played was The Minish Cap, and I never finished it, so boo me all you want for being a bandwagon-hopper, but this is great. I've never had so much fun in an open-world game, aside from Skyrim, but you know. After I'm home for good and after I finish up my review, I'm going to invest in Mario Kart 8 and Skyrim (which will be my third copy of Skyrim, but who's counting?) to flesh out my Switch library a little more.

Dave Gamble, Staff Writer, dgamble@gamingnexus.com
The winter sales have netted me a couple of VR titles I had been keeping my eye on.

The first, 2MD VR Football, is precisely the kind of game that makes VR so compelling to me. The idea itself isn't extraordinary—anyone could see the potential that VR holds for certain sports. I actually went in search of something like 2MD figuring, correctly as it turns out, that someone must have found a way to capture the aspects of the game that I enjoy most in an approachable and fun way. In 2MD, you play the position of quarterback (the only position worth playing in a video game, in my opinion) in a two-minute drill. There are a handful of stock plays, or you can design your own using a virtual whiteboard and marker. The football aspects (read: AI) are nowhere near Madden-level in any way, but it is sufficiently convincing to ensure that I will never yell stupid things like, "How could you not see that guy—he was wide open!" at the TV anymore. Which, to be honest, I did. A lot. I know better now.

The other new gem is a little room escape game that doesn't look or feel like a room escape game. It's called I Expect you to to Die, but after playing it to exhaustion a couple evenings in a row, I now call it by its true name: Expect to Die Early and Often, Laughing the Whole Way. It's really quite entertaining, and the "puzzles" are very intuitive and mechanical in nature—just the kind I like! They are also very diabolical; it is not uncommon to solve what seems to be the final step, only to die in yet another new and inventive way. This one is, by far, the most fun I've ever had with a room escape game.

Eric Hauter, Staff Writer, ehauter@gamingnexus.com
I have been dividing my time this week between three JRPGs on three different systems.

On PS4, I have been playing the Final Fantasy XII remaster. I liked the original a reasonable amount, but I am really enjoying the new version. There is a fast forward mode that allows you to grind very quickly, and it's fun to watch your characters bounce around and slay wolves at hyperspeed.

On Switch, I've been having a good time with Golf Story. While not technically a JRPG, I guess, Golf Story is close enough to count. l've been getting a kick out of the weirdo quests, and the golf action is surprisingly solid. This one is a winner.

On the SNES Classic, I've been picking at Final Fantasy III (VI). Pro tip: When playing Final Fantasy III, do not name all of your characters "Crank." The game will totally let you do it, and it leads to confusion and sadness.

Charles Husemann, Editor-in-Chief, @chusemann
I've gotten into a weird rut of alternating between Battlefront II and CoD: WWII multiplayer. I'm not saying either one is super awesome, but they fill that "having something to play" gap while I figure out where I want to to invest my time next.

This weekend, my wife and I will be putting together a new entertainment center. I'm finally hooking up our new switch to the TV, which means relationship-challenging races in Mario Kart 8, and watching my wife get her retro on with VS. Super Mario Brothers.

Randy Kalista, Staff Writer, rkalista@gamingnexus.com
Welcome to Randy's Ill-Advised 2018 Year of No New Video Games. I'm doing it in the interest of playing through my Steam, Xbox, and PlayStation Piles. But, as with all New Year's Resolutions, we'll see if I even make it through February. (Spoiler: I won't—Kingdom Come: Deliverance is out February 13.) For this week, I'll stick to my guns, however, and go back to the near-unanimous winner of Gaming Nexus' Most Disappointing Game of the Year:

But see, that's where they get you. That's where they've already set you up for disappointment, by putting "Mass Effect" at the beginning. Me? I'm just calling it Andromeda from here on out. That one trick—gamers hate me for it—allowed me to reinstall the game without the weight of the Mass Effect world on Andromeda's shoulders. When I approach the game like it's some kind of sci-fi road comedy, it's not half bad. The Andromeda crew aren't heroes. They aren't N7 Spectres. Biotic space wizards have been around for centuries, but floating rocks still blow their minds. These are adventurers I can relate to. Fish-out-of-water folks. Hello, 2018. Time to give Andromeda a second chance.

Rob Larkin, Staff Writer, @Rob_GN
Still waiting to have enough time to really dig into the purchases I made the last few weeks. I don’t want to start anything new until that time surfaces, but I have a few games with just a handful of tasks left to platinum. So what I do get done will be toward that goal. I’ll probably spend most of that in Fallout 4, with a little Destiny 2 if I can get a fireteam together for the prestige mode raid or nightfall.

Nicholas Leon, Staff Writer, nleon@gamingnexus.com
I recently started up my continuing playthrough of Persona 5. According to my PlayStation Trophies, it has been a full four months since the last time I played the game. After seeing it on a ton of year-end lists, I decided that since I have been consistently attached to Battlefield 1 for the past month, it might be a good idea to get back into a single-player experience. And what a ride I have missed. I really like this game. The combat is a shot in the arm to the usual turn-based combat of JRPGs. The time-management adds another layer I haven't seen (thankfully for my stress levels) since Majora's Mask. I really enjoy doing other things than grinding for experience in the truly unique dungeons of the game. Going to work, studying, and interacting with the terrific characters is a really fresh experience.

So yeah, this weekend is all Persona, until I need more sun.

Kevin O’Connell, Staff Writer, koconnell@gamingnexus.com
Started playing Battle Chasers: Nightwar over Christmas and have decided to run through again. The game is long, but I have tons of time being at home, so don't think it's a two-hour campaign. Watch for my review soon.

Also purchased South Park: The Fractured But Whole, but think I am saving it for next month. It was 50% off on Xbox One.