And what's more? Well, two times four! Because eight games are coming to the Nintendo 3DS and Switch this week for eShop!

SteamWorld Heist: Ultimate Edition for Nintendo Switch has players taking control of robot pirates in turn-based strategic shootouts. One key gameplay feature is the manual aiming of weapons to pull off super-cool trick shots. Included in the Ultimate Edition is "The Outsider" campaign, filled with a new story, missions, weapons, upgrades, and even hats!

Style Savvy: Styling Star for Nintendo 3DS gives players control of a boutique manager, styling and making over actresses, models, and singers so that they can make it to the big leagues (because if you don't look the part, what are you?). A demo version is also available on the 3DS eShop.

Others available this week:

Two demo versions of Mighty Gunvolt Burst for the Nintendo eShop on 3DS and Switch.

ACA NEOGEO The King of Fighters '96 for eShop on Switch.

Arcade Archives VS. SUPER MARIO BROS. for eShop on Switch.

Guns, Fore and Cannoli for eShop on Switch.

and Woodle Tree Adventures for eShop on Switch.

And that's it! See you next year! 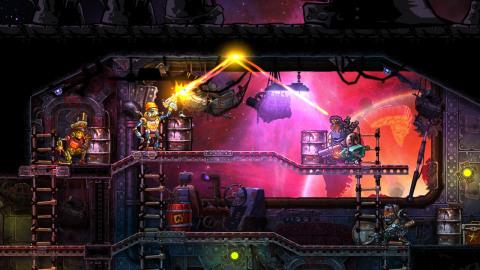