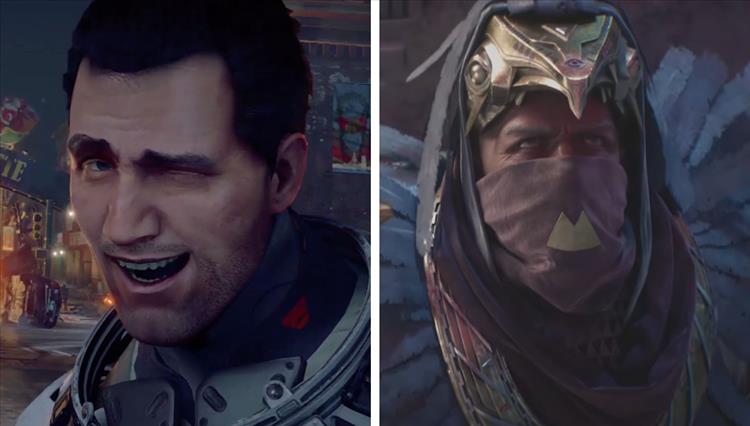 Akili may become the first prescription video game for children diagnosed with ADHD. One streamer was able to broadcast a UFC pay-per-view by pretending he was playing a UFC video game the whole time. And veteran game journalist Geoff Keighley (he's one of the good guys) aired the "Oscars of video games," The Game Awards, on Thursday.

Russell Archey, Staff Writer, @NeoScyther
If I haven't by the time this gets posted, I'll be finishing up my tad overdue review of Ninja Shodown on the Switch (the fun of accepting three reviews at the same time). I've also accepted a review for Portal Knights for the Switch, so that'll likely take up a lot of my free time this weekend. Any remaining time I'll probably put into Destiny 2 as I haven't had much time to spend on that yet.

Sean Colleli, Staff Writer, @scolleli
On cyber Monday I picked up a new case for my Raspberry Pi that makes it look exactly like a tiny NES, so I'll be tinkering with my RetroPie build and updating it to version 4.3, which is long overdue. There's something incredibly satisfying about thumbing my nose at the NES and SNES Classic by building a little machine that looks just like them and lets me play every retro game I've ever owned. It's like what Patton Oswalt said about MP3 players—it's a modern miracle and nobody cares.

I might also pull the trigger on Stardew Valley for Nintendo Switch. I got the game on Steam during a sale a while back and never really got into it, but having a portable version could be positively dangerous. That, and the missus is a farming-game enthusiast, loves the Switch and has been dropping hints lately.

Dave Gamble, Staff Writer, dgamble@gamingnexus.com
Just Cause 3, aka "Just Cuz," is still my number one choice for a quick 20-minute romp through whatever town or settlement I spawn near. And by "romp" I mean performing unmitigated violence and mayhem. I love the inherent mis-balance in my favor in this game; one would think their moments remaining on this planet would be severely limited once the gunships are called in against a single guy, but no! Helicopters are a good thing because it's just so easy to latch onto one and take over the controls. With the right chopper and a slow response from the enemy, it's possible to liberate a midsize town without stepping onto the ground until it's time to raise the flag of liberty.

In a sort of "What's This Thing in My Steam Account," I recently gave DiRT Rally another try. This is one I really wanted to like—I have always been terrible at drifting a car and with following the pace notes from the co-driver in rally race. But I thought maybe VR and a very good force feedback wheel would do the trick. Unfortunately, I could not get my Fanatec wheel to work properly, and when disc space got tight, DiRT hit the road, so to speak. With the introduction of a 1TB SSD drive, DiRT got another chance. I finally got the Fanatec to work and the result has been phenomenal: I won a Rally race!

Eric Hauter, Staff Writer, ehauter@gamingnexus.com
This week, I am all about Dead Rising 4: Frank's Big Package, trying to plow through the massive amount of content that comes with this game in time for my review.

Beyond that, I might make a little time to take another run through Doom VFR. Now that I know how to cruise through the non-battle areas, I think I can knock out a play-through in under two hours. I just have to find a couple more Doom Guy dolls, and I will have completed 100% of this game.

My middle son out west is supposed to get some Move Controllers this week, so I'll probably make some time to play a few Star Trek: Bridge Crew missions with him. That game is super fun, and I'm looking forward to dipping back into it!

Charles Husemann, Editor-in-Chief, @chusemann
After returning from vacation, I'm going to try and wrap up Battlefront II's single-player campaign. I wish I could say that I was enjoying it, but that would be a lie. The campaign is  clunky, both thematically and technically. I was hoping that the game would avoid some of the mistakes of previous games where you play a character aligned with the Empire, but Battlefront II follows the same plan. I've also run into some bad technical issues that have pulled me straight out of the experience. The game does look and sound great, but there's a bit of a drop off after that.

I'm also going to be digging into Call of Duty: WWII's multiplayer a bit more and will probably spend some time with the new Destiny 2 DLC.

Randy Kalista, Staff Writer, rkalista@gamingnexus.com
My week was unexpectedly busy. Monday: Tap out a preview of Northgard, my favorite could've-been-a-board-game video game this year. Tuesday: Destiny 2: Curse of Osiris sent me to a sun-blind, Vex-infested Mercury. Wednesday: Banged my head against a brutal tutorial in Total War: Rome II that has me attacking a town armed with 2x more soldiers than I've got. Thursday: Tuned into The Game Awards, even though most of the games I played this year didn't get any nods. Friday: Followed the Dawnguard path in Skyrim Survival Mode, since I went the vampiric route on my last go 'round. Saturday: Let curiosity kill the cat and downloaded the Monster Hunter: World PS Plus beta. And Sunday: Get some other writing and homework done with Elite Dangerous humming in the background. I mean, how does anybody find time to do stuff besides gaming?

Nicholas Leon, Staff Writer, nleon@gamingnexus.com
It's going to be another weekend of Battlefield 1 for me. I love this game. It's chaotic, it requires an element of teamwork to achieve goals, and most of all, it's just so much fun. I really don't know what else to say about it, I just love it so much.

Kevin O’Connell, Staff Writer, koconnell@gamingnexus.com
This week is an off week for the most part. I am buying some games for my son and I and will be into them after the holiday. There is a lot going on at the homefront so gaming will be low priority. I am still plugging thorugh Forza 7's Elite tier of races and hope to finish before New Year's. The auction house is fantastic as I have saved over 5 million CR on purchases and have sold 4.5 million CR profit! I will also be delving into GTA V for the first time in a while. My son is finally old enough to play, so I want to go through off-side him so we can talk about the missions. Lastly, I will be playing some Overwatch with my son for the next few weeks. The game is simplistically fun and he has gotten pretty good at it.