Forza Leagues finally hit and the result is... a waste of time

What happens when you take mediocre multiplayer and put a spin on it? You get Leagues.

Forza 7's new Leagues are races that consist of a set class of cars - i.e. Sport GT, Hot Hatch ++, etc and last for the month. The monthly prize is a car - but not a choice of car. So, if you have no need or like for the car, there isn't any reward for the race. Also, there are specific times you are allowed to race - like 2pm-6pm. Meaning, if you are free to play after a lousy mid-term, but have another class in an hour, you are completely stuck.

The worst travesty of Leagues is the game tells you that this is all up to the driver to win the race. Problem there is three-fold. The first issue is that the racing becomes a faster-car spec race. By that I mean that in Forza 7, you can use whatever car you want in the class and still win under whichever difficulty class you are in. In this multiplayer, the fastest car in the class is the one you have to pick. So.. even if you hate - say.. Civics (Honda) - you have to use the same car as the other drivers if you wish to compete. The game then becomes a Civic race instead of a hot hatch race. The second problem is that the cars are allowed to be tuned and modified. There are literally dozens of tuning copycats and cheaters on top of that, so having the race be about who is the better driver is also bogus. The last issue is one of position. There seems to be no rhyme or reason for where you start. I started three races in 14th and after exiting out, started in 5th. If you start in 14th, you aren't likely to make it to 3rd in these human-v-human races, so what is the point? With starting in 5th, I had a car i "liked" so I ended up in 7th by the end of the race... where 2 of the "hot" cars were faster than the one I was driving. After playing some 2+ hours, I was never passed by anything except the "hot" car of the group. All these races prove is who is fastest in the fastest car - with the fastest tune. Not who is necessarily the better driver.

I have to say that the Marketplace is priced fair, the Auction House is very good indeed (proven by keeping track), the Forzathon (though not quite perfected yet) is a fun change, the Prize Crates have been fixed to at least "good", and the career is the best in Forza's 15 year life. The Leagues, however, really end up adding another poor multiplayer option to an already poor multiplayer system.

Play with friends locally or just play the fantastic career. Leagues is a waste of time. 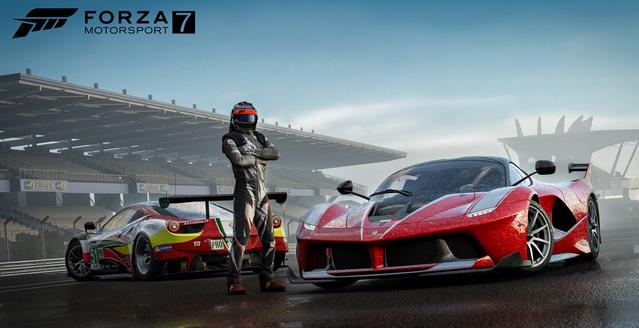