Switch goes metal next week with Slain: Back from Hell

Publisher Digerati Distribution recently announced that their 2016 Castlevania style metal-and-blood hack-and-slasher Slain: Back from Hell will be coming to Switch on December 7, 2017.

According to the press release, the player controls Bathoryn, a gothic hero (and metal fan who likes to bang his head – check the trailer). Bathoryn is tasked with liberating six cursed realms from deadly overlords. To do so, he must enter Dracula’s castle…no wait…he must enter a demonic stronghold, to defeat monsters and avoid traps.

While the story line sounds a little familiar, the gameplay looks like some spot-on SNES style battle and exploration.  And check out some of the fun stuff on the feature list:

I don’t know much about Celtic Frost, but just the name of that band brings to mind the image of a 10-foot Viking wielding an ice-covered axe, which seems appropriately metal, so Curt Victor Bryant’s creds pass metal muster in my book. And it’s nice to see that Nintendo is getting so many indies on the Switch and aren’t shying away from more mature content (if you consider bloody swords, blaring metal and giant demons to be “mature content”). 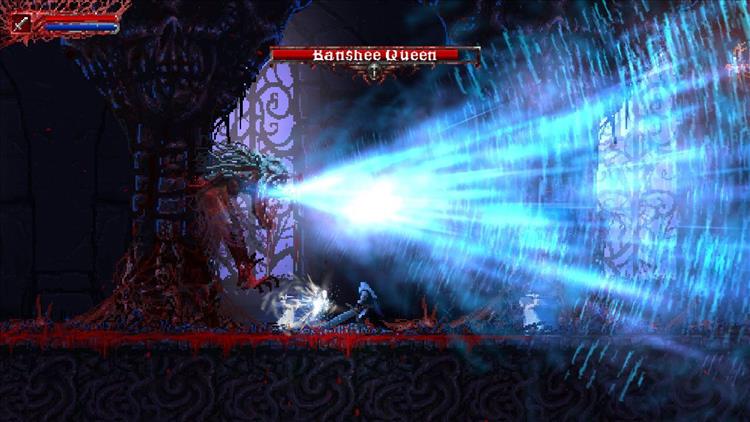