I'm not ashamed to admit, MOBAs kind of intimidate me. I often feel that if players don't get in on the ground floor and start playing soon after the game releases, the barrier to entry is so high that they shouldn't even try. MOBA communities are not exactly known for being warm and welcoming.

It would seem that SUNSOFT, the company developing the new PS VR MOBA Dark Eclipse, understands this dynamic. In their game announcement on the PlayStation Blog, they have this to say about the time period when the game first launches:

"If you are just looking to have some fun, you should know that at first nobody will know the game enough to compete in rank mode, so the launch period will be like “season zero.” So relax, have fun, and enjoy the casual mode at launch."  In other words, come on in, the waters fine, we are all feeble and no one understands what's going on. That all sounds pretty good to me. I like flailing around in the "wild west" of new multiplayer games, before the sharks appear to demonstrate to me just how much I suck.

The is no official release date yet for Dark Eclipse, just some time in Spring 2018. Judging by the tone of the post, SUNSOFT is still working to refine and tune the game to make it more accessible and fun. They openly admit that they are addressing the "small community" issues that plague many VR games by focusing on 1v1 battles at launch, with players controlling 3 characters. The controls look cool, with the player grabbing their characters and dragging them around the battlefield. The post also conveys the idea that the game will have a more relaxed pacing, and plenty of single player content and tutorials to get players conditioned before they jump into online matches.

It almost seems like they read my mind, with the soothing tone of this announcement. "Come play with us, Eric. MOBAs are fun. You can play forever, and ever, and ever..." 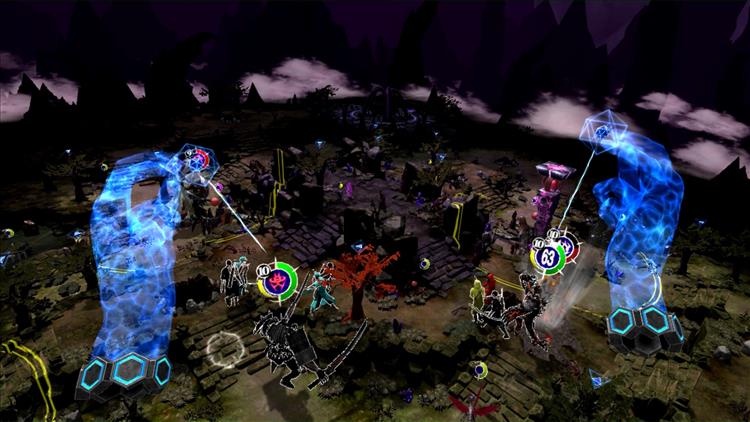