Happy 6th Birthday, Skyrim. Plus: one of my favorite easy-to-miss moments in game 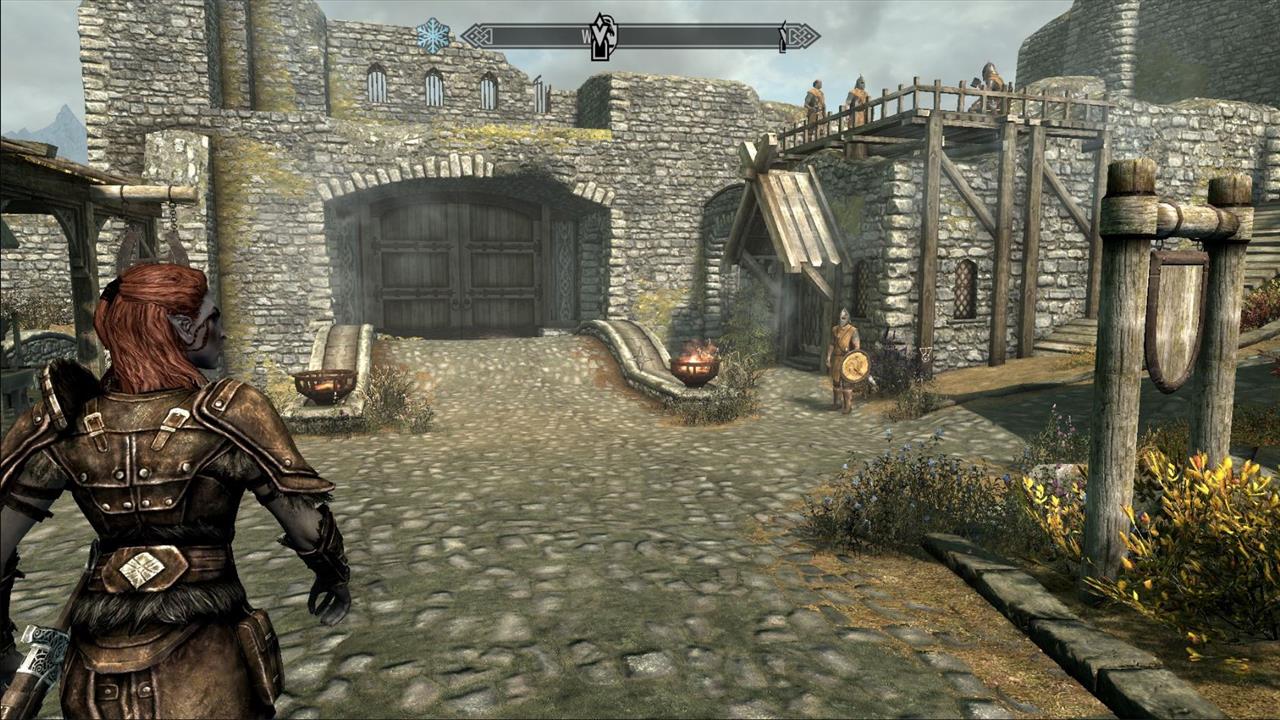 Today is Skyrim’s sixth birthday. The game launched on 11/11/11. Happy Birthday, The Elder Scrolls V. But let me guess, somebody stole your sweet roll? It’s hard to imagine that Mr. I Used to Be an Adventurer Like You has been guarding those Nord cities for more than half a decade. Seems like only yesterday everyone was tired of those arrow-in-the-knee memes.

Truth be told, I’ve never stopped playing Skyrim. Sure, I’ve reviewed a game or two since then. Some of them have even been Bethesda role-playing games. But I’ve always come back to Skyrim, my one true love.

Yet, six years later, it feels like I’m still discovering its secrets. During one replay or another, I’ll crest some hill and realize that I’ve never seen that vista. Or I’d missed that set of unmarked ruins before. Or I’ll leap off some waterfall rather than take the slow road I’d already taken a hundred times. 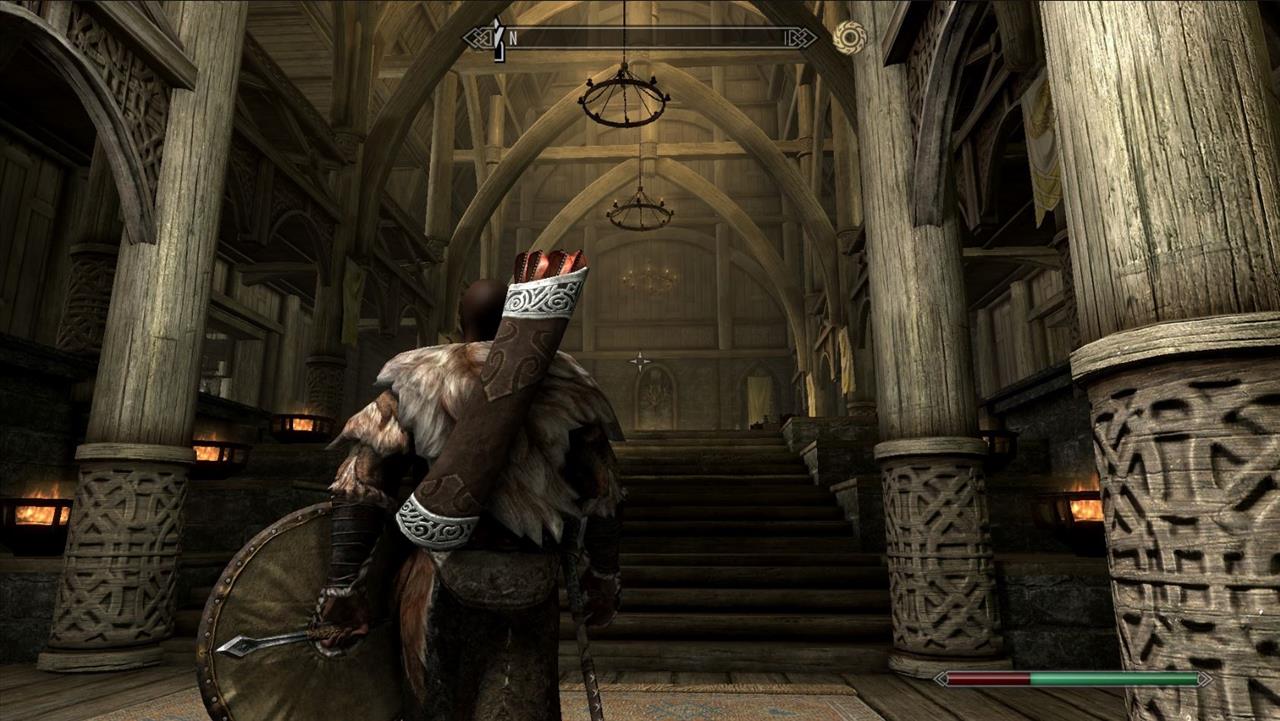 One of my favorite scripted moments is, actually, easy to miss. It’s early in the game. When you first reach Whiterun, Jarl Balgruuf slouches, as jarls do, like a boss on his throne. Irileth is his dark elf housecarl. She wears plain old leather armor. Nothing gives away her rank and station. Except for the fact that she draws her sword, ready to cut you in two the first time you approach Jarl Balgruuf. 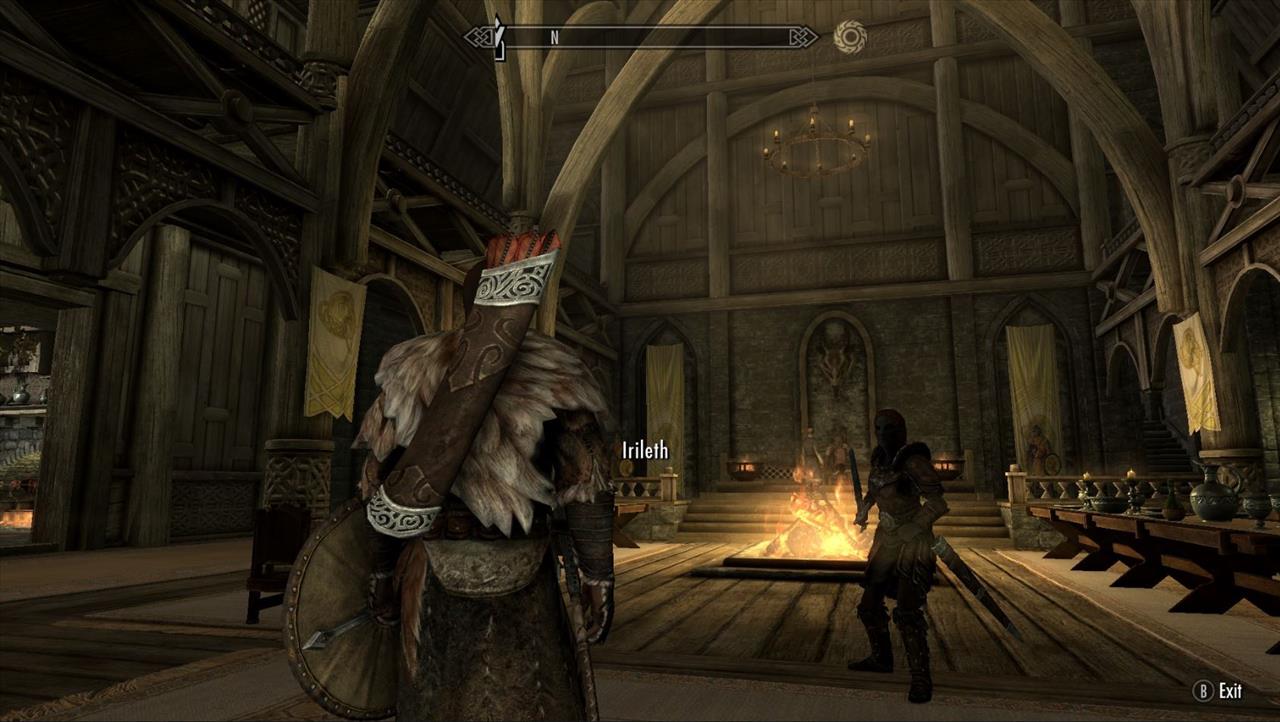 She wants to know who you are and what you’re doing in Dragonsreach, the jarl’s home. You, as it were, are there to inform the jarl that Helgen has been leveled to the ground by a dragon, and that the small logging town of Riverwood needs protection from this dragon. You know the deal. You’ve played the intro over and over yourself. This whole song and dance is part and parcel to the Skyrim experience.

But then comes the part you might've missed. After informing Jarl Balgruuf that Riverwood calls for help, the jarl tells Irileth, his housecarl, to send soldiers up to Riverwood. Irileth acknowledges her orders. She excuses herself from the jarl's presence.

If you let the conversation run its course, Jarl Balgruuf snags you into another conversation as Irileth walks out. The jarl rewards you with a set of leather armor and insists you come with him to speak to his court wizard. But stop right there. This is when it happens. Exit the conversation. Get out. Follow Irileth. She’s walking, so you can catch up to her. If you do so, she heads out the main doors of Dragonsreach. She heads for the guard barracks at the main gate. One Whiterun guard stands in front of the barracks, plus three others on the roof. She tells the first guard that he's "finally going back to Riverwood" due to the dragon threat. Irileth doesn't know where this dragon is, or where it could even be, five minutes from now. That's why she can only spare three guards. But Jarl Balgruuf is answering Riverwood's call for help, and these three fellows just drew the short straws. Or, as I suspect with the guard that's "finally going back to Riverwood," this might've been just the assignment he was hoping for. Well, minus the threat of his hometown getting burned to a crisp. The three guards rally together and take off at a sprint. They take the most direct road. Out of Whiterun, and then a sharp left, taking them past the meadery and up the road that switches back and forth up into the hills. They struggle to stay together on the uphill sprint to Riverwood. But they manage. They follow orders so directly that they ignore a thief that tries to rob me on the side of the road. I sprint past the thief and catch back up to the guards. The three Whiterun guards arrive in Riverwood, never breaking their stride. No sign of any dragons in Riverwood. All's well. They reach the opposite entrance into Riverwood and then finally take a breather. Getting their bearings, the three guards then set up patrols in the town. Also, while we don't see the guards set this up, there's now a little campsite just on the outskirts of Riverwood. Two fur sleeping bags, a toasty fire, and a couple cooking pots. I assume this is theirs, since Riverwood doesn't have guard barracks. Also, three sleeping bags — rather than two — would've been nice. But hey. Crawling into a pre-warmed sleeping bag at the end of a cold night might not be their biggest worry.
And there it is. One of my favorite moments in what is (probably) my favorite video game of all time. It's good to know that your actions, as a player, affect the world, and that your actions set events into motion. Even if it's something as small as getting a few more guards up into ol' Riverwood. Again, Happy Birthday, Skyrim. Here's to six more years of great memories and running across new things that I missed during the first hundred playthroughs.