Assetto Corsa is a well-respected auto racing simulation that, despite starting to show its age, is still modern enough to be playable in both Oculus Rift and HTC Vive, a feat that even giant Codemaster's was unable to add into their contemporaneous Formula 1 Racing title for 2016.

The day when a racing sim that ships sans VR is not even going to take the green flag with buyers is not far off.

I've always enjoyed Assetto Corsa for its excellent driving physics and decent enough force feedback, but the relatively small number of tracks has typically forced me to move on once I had become bored with what was on offer. That said, the price is friendly even when not on sale, but at $11.99 on sale it is an absolute steal. Assetto Corsa is also mod-friendly, so the dearth of included tracks and cars is easily addressed with a simple Google search.

Assetto Corsa is available at humblebundle.com at the 60% discount price of $11.99 today through Nov. 10. The direct link is here. 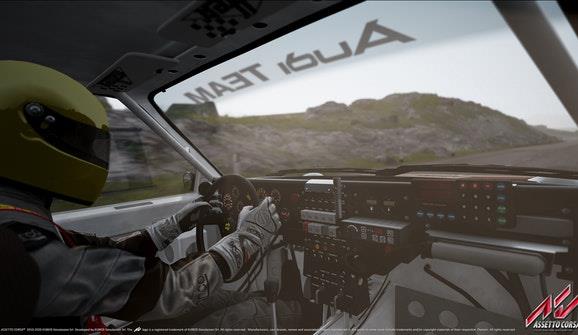