For the past month players have had to work with a lot of little hiccups and some missing content, but now Forza 7 has released the first car pack and the illusive auction house. The new update takes a bit to load, but has a fully functional auction house that is done in a different fashion than usual. The cars are put up with a starting cost and buyout and bids are incrementally increased by a set amount that the game offers.

Say you want to sell a Ferrari F40. This originally $650,000 car you may have gotten free or at discount, but you don't need it. You put it in the auction for $200k with a buyout of $560k. The bidding then is added incrementally by $30k, then $38k, then $50k. The amount it raises is variable by what the game has decided is a good up-bid. So in this case, you couldn't bid $350k right off the bat because the game would give you which figure you would use.

The new bidding hampers the players' freedom in the pricing and limits the buyer's ability to bid their highest bid, but it also stops gouging and stops players from wasting money all at once. It is not a perfect system, but it definitely opens the car buying ability for the players. The idea of using 2 cars for a set of races was a pipe-dream because of the cost. Now, instead of paying 1 million for a F40 and XJ220 (rise of the supercars category), you can get them both for around $600k.

The search itself could be a bit easier to use. You have to re-select the "make" car every time you switch cars, so if you are looking for specific Subarus, you could spend a while moving the cursor to "S" or having to spend a while looking through all of them for just 2 models. There are also too many categories. The search gives what you need, but there is are Featured and Deals categories as well and from what I can tell, they are just further lists of more cars to buy in no order at all. There is a great Elite Designs category which gives artists a chance to shine. All-in-all I give the auction house a "8" and think with some tweaking, it could be fantastic. 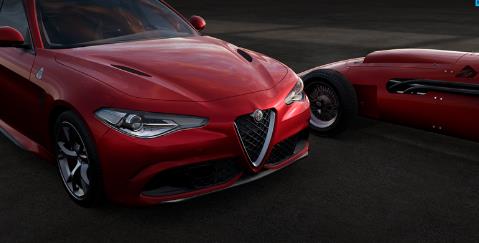