Ubisoft and IMAX team up to bring Star Trek: Bridge Crew to your galaxy

Well not so much 'galaxy' as your nearest IMAX VR Center, which is nearly the same thing, as least as far as ease of access goes. In my case, the nearest VR center is 2,314 miles away.

That's a shame because I've long had my eye on Ubisoft's Star Trek: Bridge Crew, but have held off on buying it despite a 50% sale on Steam. The problem I have with it, and I wholly own that this is a purely personal problem, is that I have no interest in playing with strangers. Playing with a group of friends at the local IMAX would be very, very different.

If you haven't heard of it, it is playable with up to four people taking positions on the bridge of a new starship, the U.S.S. Aegis, as they are dispatched to explore an uncharted sector of space. Each player assumes the position and responsibilities of working as Captain, Engineer, Helmsman or Tactical Officer. Or, in possibly more familiar terms, Kirk, Scotty, Sulu, or Spock. Sadly, Uhura/Comms Officer didn't make the cut.

While this offering is currently exclusive to the Los Angeles location, it will be beaming down to New York City "soon."

I, for one, wish them every success - I sure would like to have one of these in my town some day! 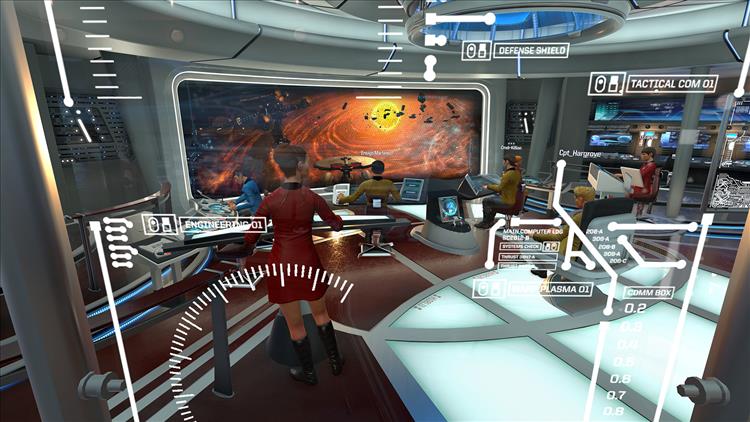